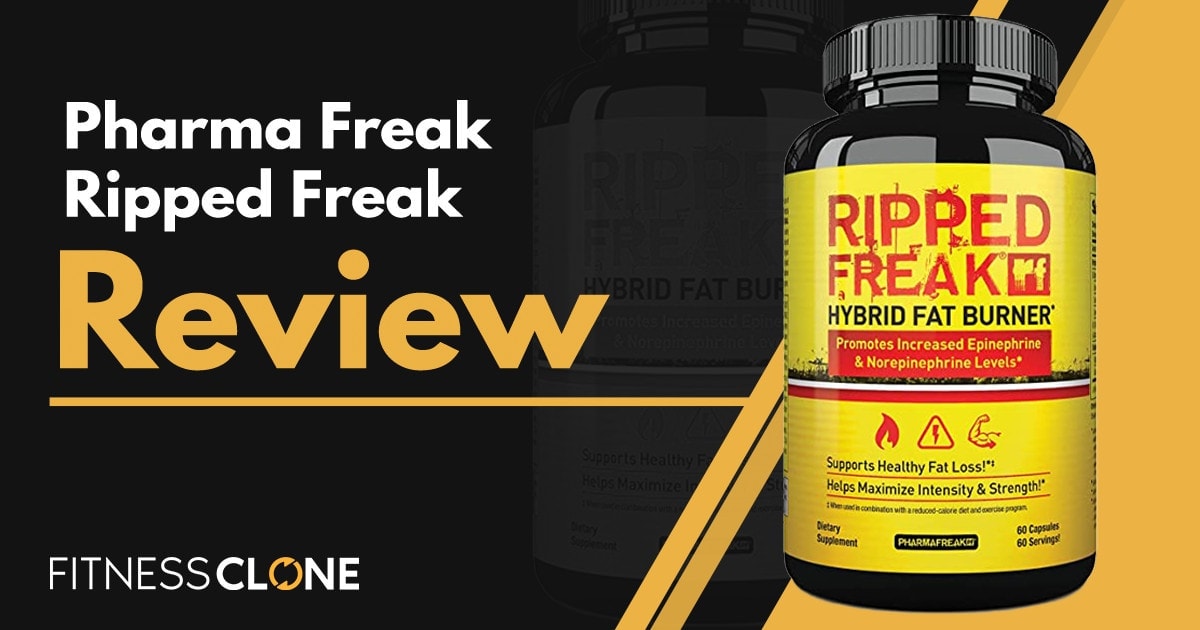 Pharma Freak Ripped Freak is a fat burner supplement that “supports healthy fat loss.” Although when one hears the name “ripped freak,” they may not exactly think of health, wellness, and smiling parents playing with their kids in the backyard. Instead, images of heavy deadlifts, loud grunts, and protruding muscles come to mind.

And that may be exactly what you’re looking for! But now the question is, does Pharma Freak Ripped Freak really work? That’s what we’re here to find out. So in this Pharma Freak Ripped Freak review, we’ll check out the ingredients that make up this fat burner so you can find out if it actually does what it implies – incinerate fat until you become a “ripped freak.” Let’s see what this fat burner has to offer! 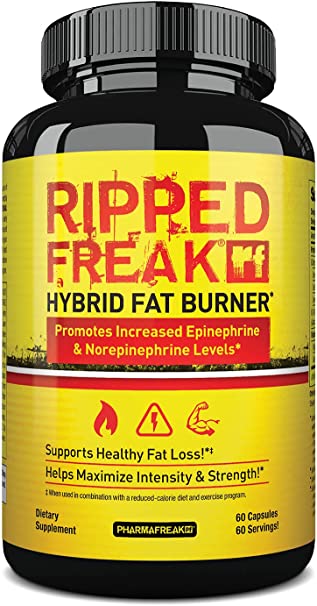 In full disclosure, the “gimmicky” marketing did seem to be a red flag. But Pharma Freak Ripped Freak has some unique claims worth checking out. Primarily that it is a self-proclaimed “Hybrid Fat Burner” increasing both physical and mental performance.

A fat burner like Ripped Freak is supposed to make it easier for your body to burn fat, thus reducing body fat and translating to what most people in the gym are after: “toning up” and getting “lean or cut.” 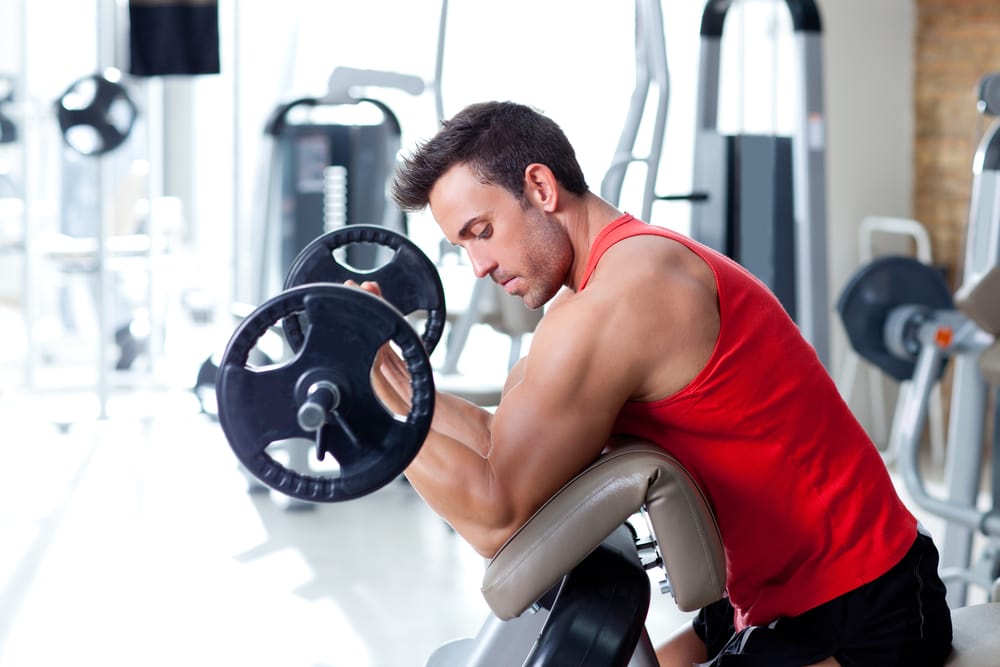 That’s the obvious benefit or outcome one would expect from a “fat-burning” supplement if it indeed works. Another benefit claimed by Ripped Freak is increased energy and brainpower.

So, what’s in this fat-burning formula that potentially makes it effective in achieving fat loss for the user? One concern right off the bat is that Ripped Freak uses a proprietary blend. This means that the amount of each individual ingredient is undisclosed. Instead, the total amount of the blend is listed (400mg), and that is the amount of ALL ingredients combined.

So while other fat burners, like Nugenix Thermo and Hunter Burn, provide more transparent formulas, Ripped Freak’s use of a proprietary blend makes it hard to know if you are receiving an effective dose of each ingredient listed. Is the blend 20% caffeine? 40%? We don’t know. It also makes it harder to take this supplement in conjunction with others that may contain similar ingredients because you just don’t know how much you are taking.

So, keep that in mind as we discuss each ingredient, its benefits, and potential drawbacks – we don’t know how much of that ingredient is actually present in the formula. 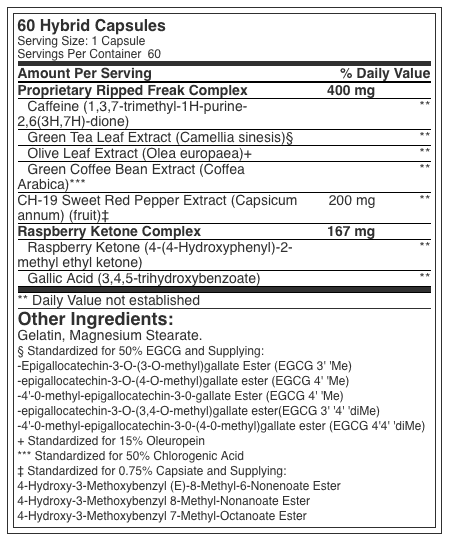 Ripped Freak contains caffeine, which is used in most fat-burning supplements on the market. Studies like this one have shown a higher rate of fat oxidation (ability to burn fat) during exercise after consuming caffeine. It can also curb your appetite, resulting in a caloric deficit which will help you lose weight.

Caffeine reduces your RPE (rate of perceived exertion) in the gym. Meaning, you will be able to work out with more intensity, without feeling like you are putting in more effort to do so. This can directly lead to more muscle gain, and fat burning from higher intensity training.

One of the main purposes of using Green Tea Leaf Extract in a fat-burning supplement is to provide a natural form of caffeine. The fact that caffeine is also included as a separate ingredient probably means that Ripped Freak contains a decent amount of caffeine (avoid it close to bedtime).

However, green tea leaf extract does provide unique benefits separate from just the caffeine it contains. Green tea contains something called catechins, which work together with caffeine to regulate the hormones that cause thermogenesis. Thermogenesis is the process in which your body burns calories, digests food, and produces heat (it will literally make you sweat!).

Besides assisting weight loss, green tea leaf extract is also high in antioxidants and may help reduce inflammation in the body.

Ripped Freak claims that a stimulant extract from olive oil, oleuropein aglycone, “may increase norepinephrine, epinephrine (adrenaline), and uncoupling protein (UCP) levels.” Keyword being “may.” However, this study is not linked, is difficult to find, and there’s not enough research to substantiate these claims.

Another ingredient containing caffeine! I’m jittery just thinking about it…

Green coffee bean extract has been shown, in a study involving mice, to inhibit weight gain due to its high levels of chlorogenic acid. This would make it beneficial to help keep weight off, but not necessarily to help lose it in the first place.

An ingredient derived from red pepper that has been linked to weight loss in combination with green tea extract. It’s believed to do this through appetite suppression, and reduction of calories. There has not been much research done to confirm these beliefs.

Raspberry ketones have gained a reputation in the “health-conscious” community as a safe and effective way to lose weight. However, if you’re a fan of science and data – there’s really not much to prove this claim true.

It’s been hypothesized that these ketones were able to increase the response to epinephrine and norepinephrine. If true, these hormones burn fat and increase mental clarity. But whether raspberry ketones are an effective weight-loss tool still lacks scientific, human studies.

It’s pretty tough to find sound research on the benefits of gallic acid, but its main benefit is that it may prevent neurological degeneration (keep your brain healthy).

First of all, anything works in conjunction with appropriate exercise and nutrition, and nothing works without it. When it comes to supplements, “fat burners” may be the most notorious for misleading marketing and outrageous claims. There is simply no such thing as a magic pill that will do all the work for you.

With that being said, can Ripped Freak help you lose weight and burn fat faster?

Potentially, and mainly due to its ability to suppress appetite and increase thermogenesis. But the way in which this does this may not be the healthiest of options, and it may not be sustainable in the long term either. 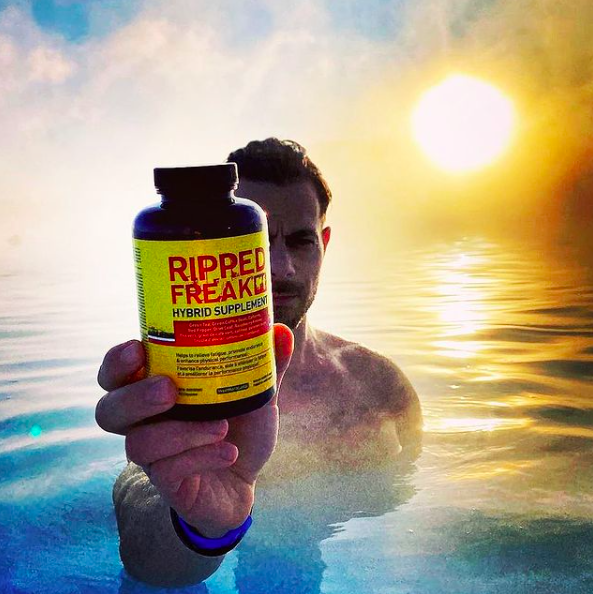 Ripped Freak contains a good bit of caffeine, which can be beneficial in low to moderate doses and dangerous in high doses. The problem is that we don’t know exactly how much caffeine is in a single serving. Consuming too much caffeine can cause some pretty nasty side effects (headaches, jitters, anxiety, insomnia, dehydration, etc.).

The rest of Ripped Freak’s ingredients are fairly harmless unless we are speaking about their potential caffeine content as well (3 out of the 7 ingredients contain caffeine).

Let’s start with the name. Taking this supplement alone will not turn you into a “Ripped Freak.” Some of the other claims on the supplement packaging and/or website are as follows: 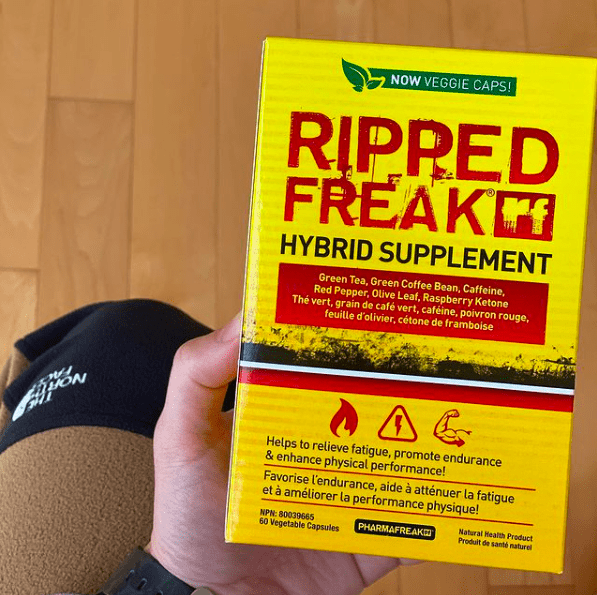 This is an absurd claim and should have an impact on how much you can trust ANY of the additional claims Pharma Freak makes about their supplements. Losing 21% of your current body fat could be 5 pounds for one person and 50 for another.

Unless they are implying that it can help you lose a flat 21% off your current body fat percentage, which is even more ridiculous. A “high” body fat percentage for men is around 30%, which would imply reaching 9% body fat fast. Not only is it highly unlikely, but it’s also unhealthy.

Pharma Freak Ripped Freak contains caffeine to provide energy and intensity to your workouts. However, if that’s what you’re looking for, you can do the same with just about any pre-workout supplement or even a cup of coffee.

Besides that, there’s not much else in the formula that could be expected to make a huge difference in your exercise performance.

If you’re looking to purchase Pharma Freak Ripped Freak, it looks like bodybuilding.com has the best price around ($34.49 for 60 capsules). Even Amazon has the same product priced at 59.99, almost 2x that price! If you’re looking to buy, you know where to go. 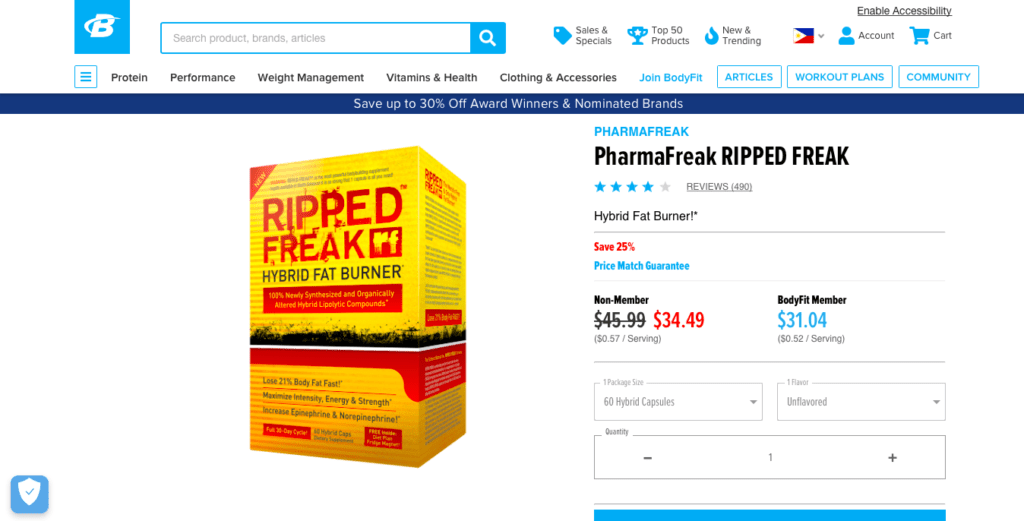 Ripped Freak’s ingredients are, for the most part, “natural,” besides the straight hit of caffeine added to the formula. Pharmafreak has a pretty in-depth quality testing process they use at their own facility that you can read about here.

Does Ripped Freak have the right dosage amounts?

Ripped Freak uses a proprietary blend, so there’s no way to know how much of each ingredient is included. What is listed is that the “proprietary ripped freak complex” is 400mg, and 200mg of that is CH-19 sweet red pepper extract. The remaining 200mg is a combination of caffeine, green tea leaf extract, olive leaf extract, and green coffee bean extract.

Many of the negative reviews of this product online cite jitters and insomnia because of too much caffeine. So even though we don’t know the exact amount, it’s fair to assume you don’t want to take this supplement later in the day before bedtime.

Pharma Freak has been around since 2009 and still kicking, which does say something. Most of their products embody the “freak” mentality in their marketing which does seem more concerned in targeting consumers’ egos than caring about their health and well-being – but that’s a surface level assumption.

They do their own quality testing, which is great, but less ideal than outsourcing to a third party (it seems like they only do that if something fails testing in their facility first).

How does Ripped Freak compare to alternatives?

Other top fat burners work in similar ways and promote thermogenesis through ingredients like caffeine and green tea leaf extract. This seems to be the mechanism in which most fat burners operate. An Amazon search will not find Pharmafreak’s Ripped Freak at the top of the list. Which speaks to its popularity and trustworthiness among consumers.

Is Ripped Freak worth using?

Overall, if you are looking for an aid to burn fat, there are probably better options than Ripped Freak on the market. More importantly, supplements like fat burners are usually taken in hopes that they will work like a magic pill on their own – and they do not. You need to be exercising and eating an appropriate diet, or else your money will be spent in vain.

However, if you are already doing those things, there could be some benefits to a supplement like Ripped Freak in assisting you to your goal. And there are user reviews claiming that it helped them lose weight. It would do this through a mechanism of boosting your metabolism and curbing your appetite to reduce calories in.

But a cup of coffee could also do the same thing. Plus, there are other fat burners out there that have more researched ingredients and may be a better option. All in all, fat burners are probably not what they are hyped up to be, even if they can be a bit effective in assisting weight loss. In general, I believe there are more cons than pros after analyzing Ripped Freak.

Lovita NMN Supplements Review – Is This Supplement Worth It?

Organifi Pure Review – Is This Superfood Product A Healthy Choice?

TruControl Review – Can This Metabolic Supplement Give You More Energy?

Zhou Spirulina Review – Is This Supplement Powder Worth The Price?

310 Shake Review – A Thorough Look At This Meal Replacement

nurish By Nature Made Review – Should Your Supplements Be Personalized?

Awaken Gold Review – Should You Use This Nootropic Supplement?