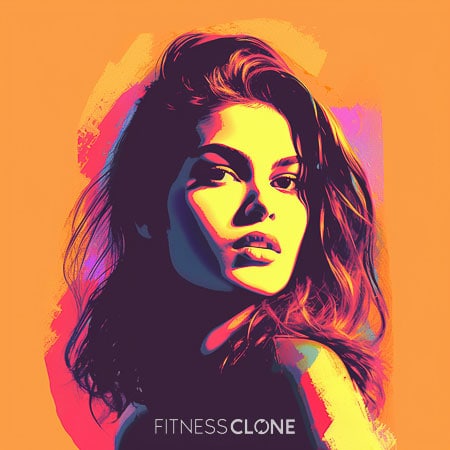 California native Kaia Gerber is the daughter of supermodel Cindy Crawford. Gerber began modeling at age 10 and she made her acting debut when she was 15 in Sister Cities. To balance career and school, she took high school classes online. Gerber’s first runway show came at age 16 and she has modeled for virtually all major fashion houses. She collaborated with Karl Lagerfeld to create her first fashion collection in 2018. Other acting credits include American Horror Story and Mrs. American Pie. In 2020, Gerber became part-owner of the fashion magazine W. Her older brother Presley is also a model. She has millions of followers on social media. Gerber is 5 feet, 8 inches tall and weighs about 115 lbs.

Gerber is young and active, and so she gets away with eating more carbs than most other people. She loves bagels and can’t go a day without pasta. Her top pick is penne alla vodka, which she also knows how to make. She says no one in her family spends a lot of time sitting around eating; they’re too busy with the rest of their life. Gerber drinks plenty of water, which helps with the drying effects of airplane travel.

Gerber says she’s hungry right when she wakes up, and she takes care of that problem with a bagel from her family’s favorite deli, Nate ’n Al’s.

Gerber says she not only loves to eat pasta, she also knows how to make it, which is really helpful while traveling since it’s easy, quick, and a crowdpleaser.

Gerber says her family isn’t into spending a long time at the table. They eat fast and then get on with other things.

Gerber on the first meal of the day

Gerber on eating in the morning

I wake up hungry, so I always eat a bagel.

Gerber on her favorite food, pasta

Penne with vodka sauce is my all-time favorite and is actually one of the things I know how to prepare myself.

It’s very important to know how to make pasta because you can do it anywhere in the world.

It’s easy, it’s fast, and everyone likes it.

Gerber certainly lucked out in the genetic lottery. She is naturally lean, but that doesn’t mean she takes her health for granted. She works out regularly.

Gerber says a morning bike ride on the beach is a long-standing family tradition. They still ride together, although she says the one who holds them up is her late-sleeping brother.

Gerber enjoys hiking in her hometown of Malibu, and also wherever she travels in the world. She says that getting in a hike with her mom before breakfast is a great way to start the day.

Gerber starts out her routine with cardio, maybe 20-30 minutes on the treadmill or elliptical. Then she moves on to targeted work.

Gerber uses resistance bands and bodyweight to keep her body toned and lean.

Gerber does Pilates once a week with Jacqui Kingswell to stretch and strengthen her core and entire body.

When time is tight, Gerber still makes time for a quick lower body workout to keep her legs looking fabulous.

Gerber on her fitness support team

My parents and brother are my weekend squad.

Gerber on the family workout routine

We love to go for a morning beach bike ride.

Gerber’s supplement routine is pretty straightforward. She’ll often have a protein shake as a snack.

Another regular feature of Gerber’s diet is a multivitamin to cover all of her nutritional basics, and to keep her hair, skin and nails looking lustrous.

Gerber says she doesn’t sleep well on the road, and so to catch up, she always goes to bed early when she’s at home.

Gerber hardly ever gets a lazy lie-in day, but when she does, she still barely sleeps past 9 am.

Gerber says her mother did not pressure her to become a model, but her mom also supported her decision to take that path.

Gerber says that while her mom was valedictorian of her high school class and a sweet person who tends to worry, Gerber takes after her dad and is more of an edgy rule-breaker.

Gerber says that while they look alike and their mannerisms are almost identical, there are some differences between herself and her mom: mom is taller, and they also don’t wear the same size shoes, much to her chagrin.

Gerber’s dad is Jewish and her mother is Christian, and so she says they grew up celebrating all holidays.

One of Gerber’s favorite subjects in school was math. She’s also an avid reader and started a book club during the pandemic. Two things she’s not good at: singing and drawing.

Gerber on the importance of sleep

My mom always said, “You’re gonna dream about getting in bed early.” I didn’t believe her, but after my first fashion month, now I do.

Gerber on sleeping in

Gerber on starting the day

I can get ready in 5 minutes, but getting out of bed takes forever.

Gerber on her multicultural heritage

I loved learning about both of those sides of my life…and learning the cooking.

Highlighter is the secret to my no-makeup makeup look.

Modeling is…fun for me, so it doesn’t feel like work.

Don’t make me do karaoke. I’m the worst singer.

Gerber on her life

People expect you to be doing something cool all the time. In a normal life, that’s not happening!

Gerber on seeing the world

Living in Malibu is like being in a bubble, so discovering other [people] that are so different from me has been incredibly gratifying.

Gerber on her life

I’m so glad I actually got to be a kid before having to grow up.

Gerber on comparing to her mother

My mom and I aren’t the same size…And we’re not the same shoe size either, which is heartbreaking. 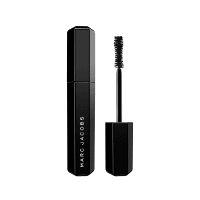 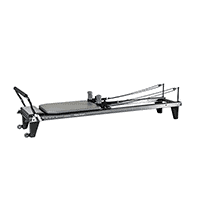 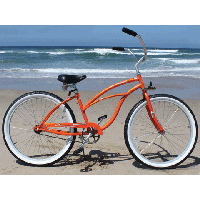 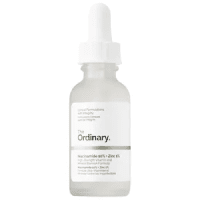 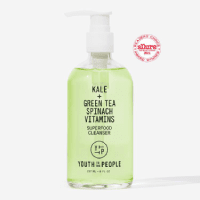 Youth to the People Superfood Cleanser 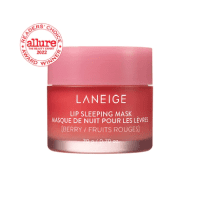 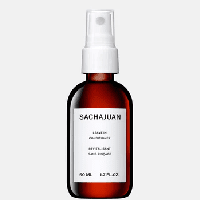