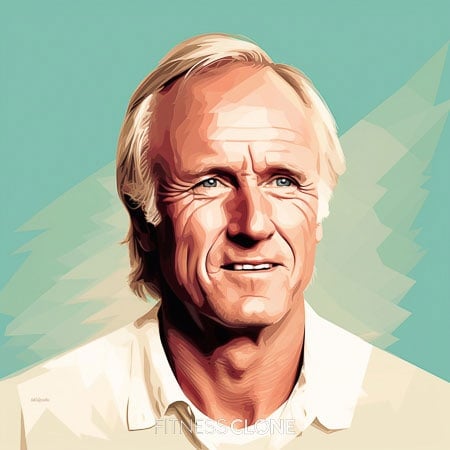 Australian Greg Norman played rugby and cricket in his youth and wanted to be a professional surfer. His mother taught him to golf when he was 15,and within a year and a half, he had a scratch handicap. In 1975 at age 20, Norman became assistant pro under Billy McWilliams at the Beverly Park Golf Club in Sydney. In 1976, he went pro. All in all, ‘The Shark’ won 89 tournaments, including 20 PGAs and 2 majors during his career. Norman was ranked #1 for 331 weeks in the 1980s and 90s and was inducted into the World Golf Hall of Fame in 2001. After he retired from golf, he moved onto business and is CEO of his self-titled company which has holdings in real estate, wine production, apparel, interior design, and golf course design. Norman is also a philanthropist who has established and donated to numerous charities, including CureSearch for combatting childhood cancer. Norman is married and has 2 children. He has hundreds of thousands of followers on social media. Norman is 6 feet tall and weighs about 180 lbs.

Norman’s diet has changed over the years. He used to recommend following the Food Guide Pyramid which emphasizes grains, vegetables and fruit, with moderate amounts of milk and meat products but has since returned to enjoying quality steak. He says just about every craving can be satisfied with a healthy alternative, such as munching on carrot sticks when you crave something crunchy, or having some dried fruit when you’re in the mood for something sweet. He says the way food is prepared matters too, and that using a non-stick skillet can really cut down on the fat that winds up in your food. He also avoids everything white: white rice, white potatoes. He loves salmon as much as beef, and he also enjoys a glass of wine in the evening. He drinks 3 liters of water per day.

Be Smart About Fat

Norman says that people should be highly selective when it comes to fat, and to avoid consuming too much, particularly when if they’re hydrogenated. He opts for mono- and polyunsaturated fats like olive oil to help reduce the risk of heart disease.

Norman recommends baking or broiling meat, and steaming or microwaving veggies to preserve nutrients. He says vegetables should be cooked separately from meats to avoid their absorbing fat from the meat.

Save the Best for Last

Norman says things like butter and salt should be saved for right before you eat it because they add much more flavor at that time than during cooking.

Bring In the Substitutes

Norman says eating should be enjoyable and you shouldn’t have to give up all your favorites, but he says you can usually find healthier alternatives, such as evaporated skim milk rather than cream, or baked chips rather than fried.

Cheat: It’s in the Name

Norman mostly eats clean, but he is still human. His junk food of choice is Cheetos.

Norman On a Healthy Diet

‘An eating program that provides all of the essential nutrients but limits fat consumption requires careful food selection, substitution, and preparation.’

‘Frying can double or triple the calories in some foods.’

‘Mono- and polyunsaturated oils tend to lower blood cholesterol levels and therefore might help reduce the risk of heart disease.’

‘Simple substitutions can reduce fat content without detracting from taste.’

Norman has been active his entire life, which is part of the reason he’s still ripped in his 60s.

Norman admits that many of his joint and back problems are due to swinging a golf club for so many years. He says you have to do what’s right for your body, and avoid things that aggravate injuries.

Norman works out hard almost every day, but he says what matters is the commitment to exercise, not what type or for how long.

Norman works out at least 5 days a week. He’ll hit it for 2 hours, including 45 minutes of cardio and a combination of machines, free weights, Pilates, and other equipment.

Norman mixes up his routine. Sometimes he hits the gym for a classic workout. (He has a whole gym at his house.) Other times, he swims, hikes, sprints, or goes fishing.

Norman says fitness shouldn’t be about ego. It should be because you care about your health and living your best life.

Norman on His Fitness at 60+

‘I do feel stronger and better today than when I played golf.’

Norman on His Reasons For Working Out

‘I keep healthy and fit and strong because it’s good for my body and my mind.’

Norman on His Routine

‘If I miss 2 days of working out because of travel, I can definitely feel a difference in my body.’

‘Being “golf fit” is totally different than being “ego fit.”’

Besides his endorsement of Biotech GF-9, Norman doesn’t have much to share on the topic of supplements. So, below are supplements that can benefit anyone following a similar diet routine. 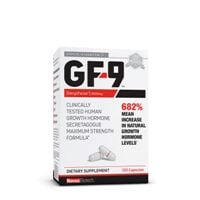 Norman proves that age is just a number. Certain supplements can help men over 60 stay fit and strong, such as a specially formulated multivitamin. Get it here

Omega-3s are also highly beneficial for the 60+ set. They are anti-inflammatory and can provide relief from arthritis. Get it here 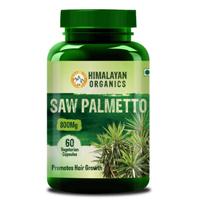 Saw palmetto is another good option for those with an enlarged prostate and ZMA can help raise testosterone levels which improves muscle growth and libido. Get it here

Norman’s weekly salary when he started out with Charlie Earp in 1975 was $38 per week. In 2005, sales from his Reebok clothing line exceeded $100 million per year.

Norman was the first player in pro golf to earn more than $10 million in career earnings.

Norman’s business ventures have earned him far more than golf ever did.

Norman has been married 3 times. His marriage to tennis pro Chris Evert only lasted a little over a year. Rumor had it was due to difficulties dealing with each others’ kids.

Since founding his company in 1987, Norman has designed over 100 golf courses in 34 countries and every continent except Antarctica.

‘You expect success, you respect failure.’

‘Happiness is a long walk with a putter.’

‘If you’re serious about improving your play, be brutally honest with yourself.’

‘Setting goals for your game is an art. The trick is in setting them at the right level — neither too high nor too low. A good goal should be lofty enough to inspire hard work, yet realistic enough to provide solid hope of attainment.’

‘If you are a sheep in this world, you’re not going to get much out of it.’

Norman on Supplementing with GF-9

‘My energy came back, my muscle tone, mood, all of it. My endurance now is a lot better than what it was before.’ 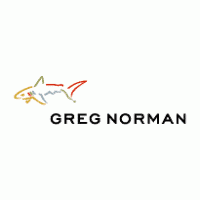 Greg Norman apparel
GET IT HERE 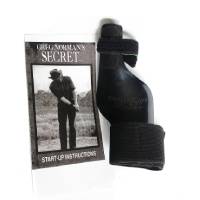 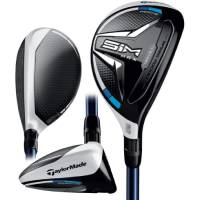 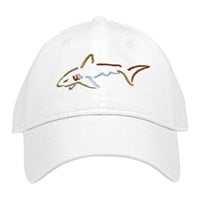 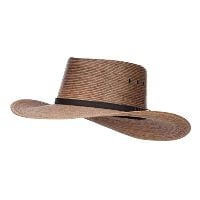 Men’s gambler hat
GET IT HERE