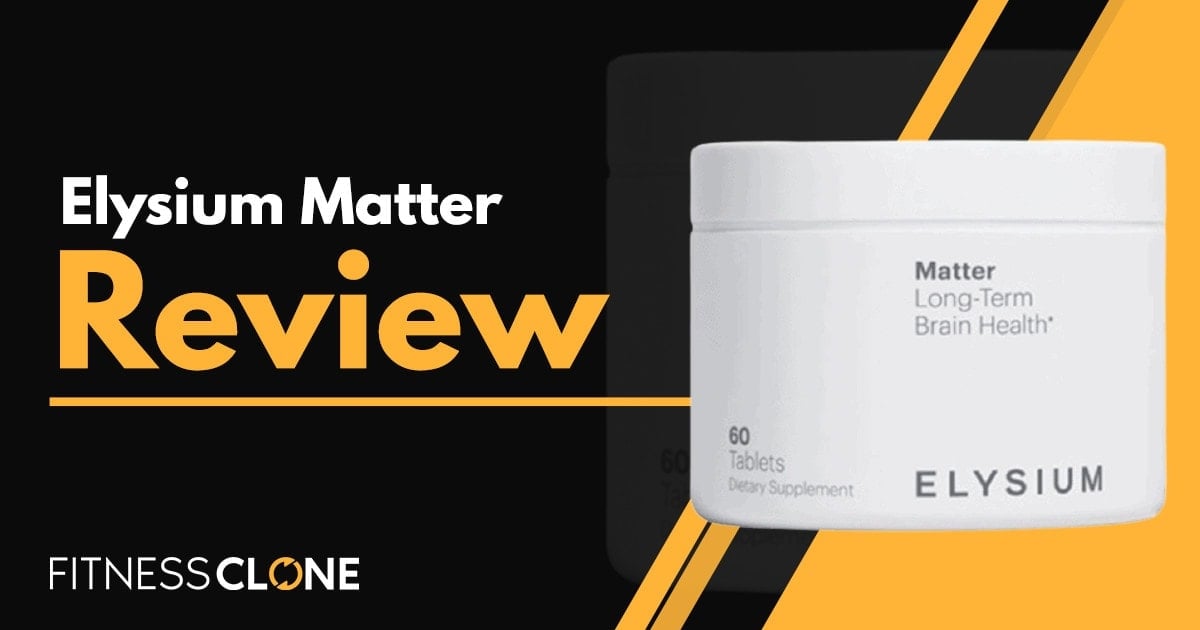 If you could only fully protect one part of the body for the rest of your life, I’m guessing most people would choose their brains. After all, the brain is truly what makes us human. Unfortunately, brain aging is a natural process, and nearly everyone experiences cognitive decline as they get older; some, of course, are faster than others.

But what if there was a supplement that could slow this process down? A fountain of youth for the brain, perhaps? In this article, we’ll be reviewing one such product called Elysium Matter that claims to be the next best thing for brain health.

Does it truly measure up to the challenge? That’s what we’re here to find out in this Elysium Matter review. So, without anything further, let’s get started! 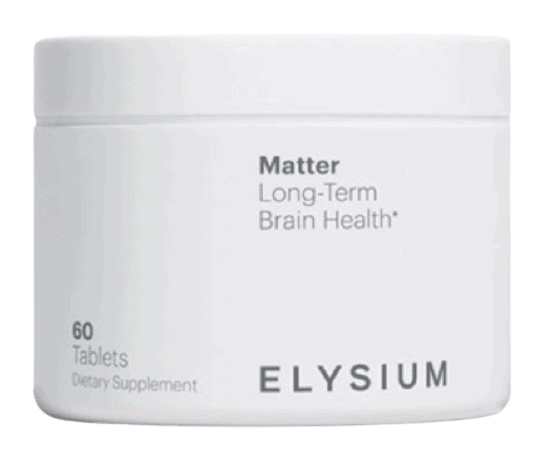 Elysium Matter is primarily designed as a long-term brain health supplement to slow age-related brain loss. The most unique thing about it is that the makers, Elysium, partnered exclusively with Oxford University researchers to create a fully research-backed supplement. Elysium states that Matter only includes clinically researched ingredients at the precise, optimal dosages for the best results.

Elysium states that they partnered exclusively with Oxford University to incorporate a B-vitamin complex that significantly slows brain atrophy, including in the gray matter. Elysium Matter also includes antioxidants from bilberry that may decrease inflammation and slow aging. 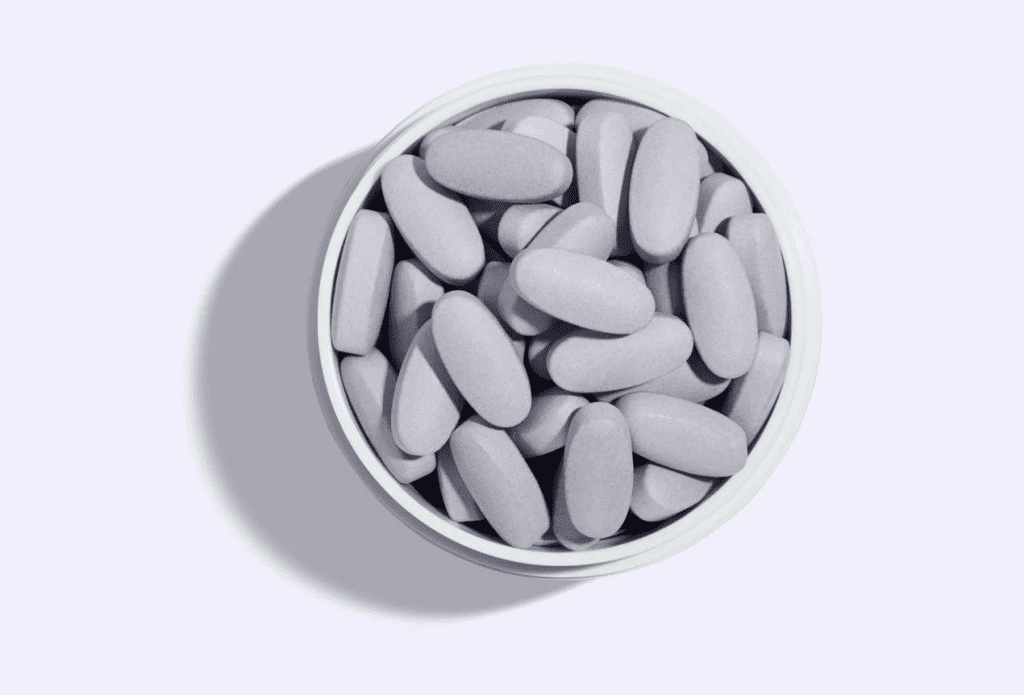 The combination of B-complex vitamins, bilberry, and EPA and DHA are also supposed to promote overall cognitive health and function, leading to improvements in things such as attention, working memory, and learning.

If true, this would make Elysium Matter a pretty spectacular supplement. But can it really slow down the natural brain aging process? Continue reading to find out!

Here are the ingredients in Elysium Matter purported to offer all of the benefits: 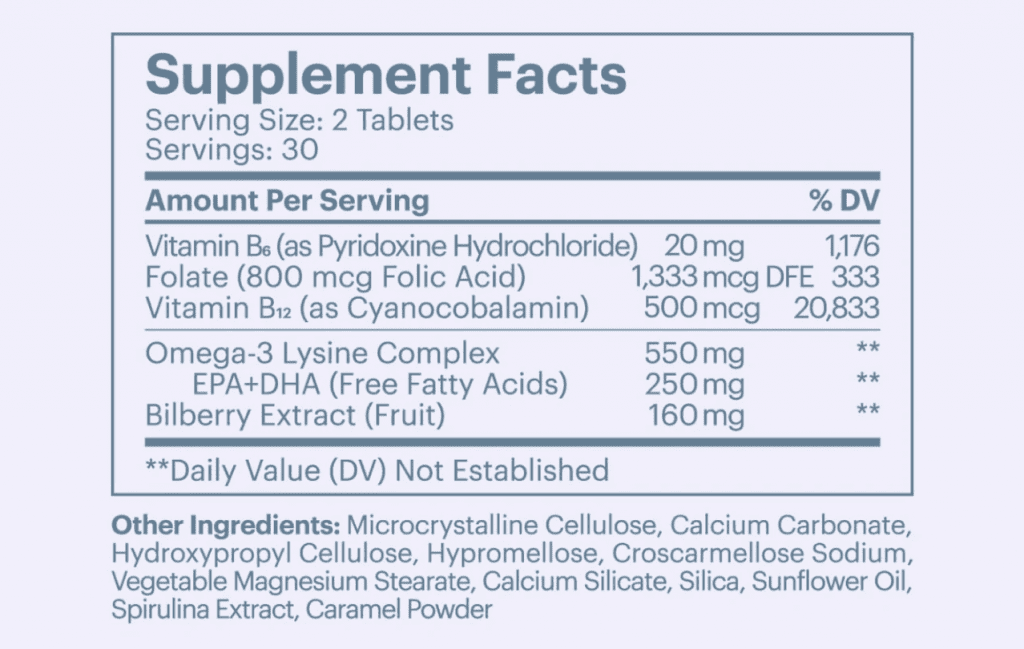 Elysium Matter lists three individual B-complex vitamins, but I want to group them altogether since they offer similar effects, and these three were specifically used together in the research studies.

So, these three B-vitamins have numerous roles in overall brain health, but a key role that they play is in reducing homocysteine levels. This is important because high homocysteine levels can cause a build-up of amyloid plaques and brain atrophy via oxidative stress, which increases the risk for declined cognitive function, especially in elderly individuals. Unsurprisingly then, deficiencies in all three of these are related to cognitive decline, Alzheimer’s, and dementia.

In the specific Oxford study, a combination of folate (.8mg), vitamin B6 (20mg), and B12 (.5mg) was able to significantly reduce brain atrophy compared to placebo, and the active group had more than 50 percent lower homocysteine levels. Of course, this is just one study. But other research shows that B-vitamin supplementation (esp. folate) can reduce homocysteine and slow cognitive decline, though it may not slow already-existing dementia. Think of B-vitamin supplementation as a preventive, long-term measure for brain health rather than a quick fix for deep-rooted cognitive impairment.

The next ingredient in Elysium Matter is an omega-3 lysine complex, which includes EPA and DHA fatty acids. These fatty acids are very important for brain health. For example, they are necessary for neuronal membrane health, and for the production of new neurons, and communication between brain cells. EPA and DHA also help in decreasing neuroinflammation, which is a key factor in brain aging. Research has shown that higher levels of EPA and DHA are associated with lower risks of dementia and cognitive decline.

Another thing to consider is the specific form used in here. The specific omega-3 lysine complex used is more than 4x is bioavailable as other EPA/DHA formulations. Thus, it simply means that your body will be able to actually use a lot more of the supplement. So, typical research shows that more than 1g per day of EPA/DHA is beneficial for brain health, but since this supplement is more bioavailable, a lower dose will likely still be effective.

Benefits of Omega-3s and B-Vitamins Together

Lastly, it’s also important to understand the benefits of simultaneously taking B-vitamins and omega-3s. Basically, research shows that the trio of B-vitamins mentioned is much more likely to exert positive effects if you have high levels of omega-3 fatty acids. And on the same note, the effectiveness of omega-3 fatty acid supplementation appears to be better if you have a higher intake of B-vitamins. So, they may work synergistically with each other to prevent brain atrophy and improve cognitive function.

The last ingredient in Elysium Matter is bilberry extract. Bilberry is particularly rich in various phytochemicals, such as anthocyanins, flavonols, vitamin C, vitamin E, and more. It is a powerful antioxidant that is able to decrease inflammation, which may all play a role in brain aging. Research on bilberry extract shows that it can fight off free radicals and decrease oxidative stress in the brain, as well as fight off amyloid plaques associated with Alzheimer’s progression. Overall, bilberry can offer neuroprotective effects and increase cognitive performance, although a lot of the research has only been done with mice.

Well, the results are in: Elysium Matter is likely a great brain health supplement. The ingredients are all backed by research and proven to be very effective for reducing brain atrophy and preventing cognitive decline. 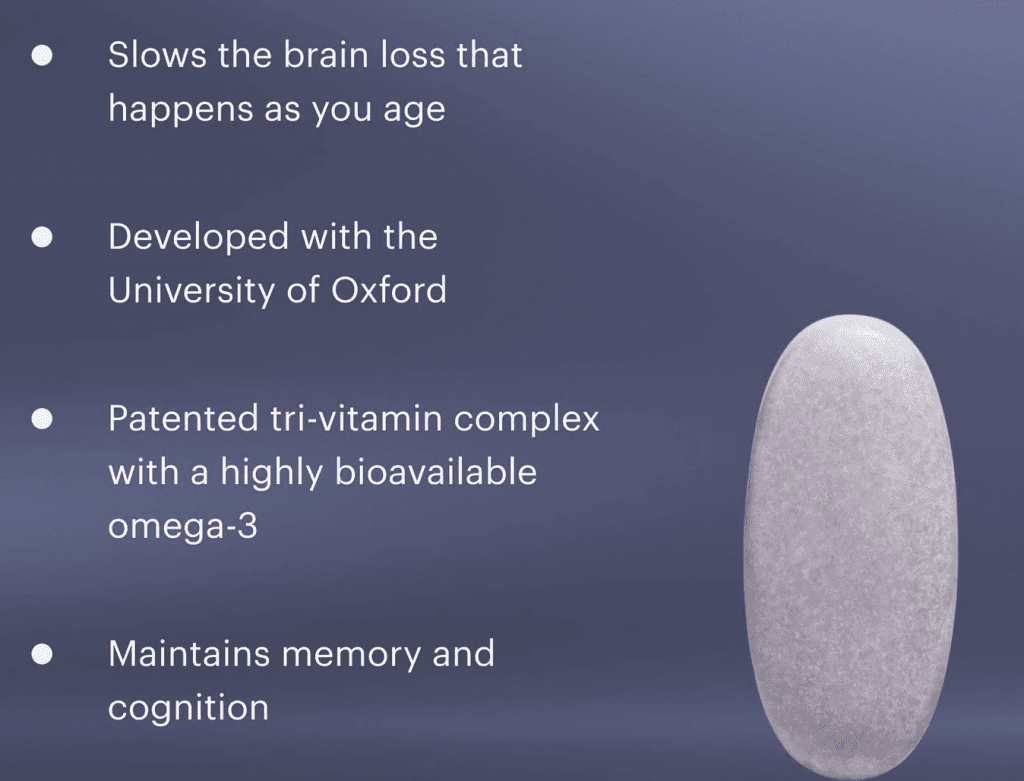 Now, some might wonder if the fact that Oxford University’s partnership with this brand creates any cause for concern. After all, there’s always the potential for conflicts of interest, so maybe you’re concerned if the results were skewed. First, it is likely that they weren’t (research integrity is important), and second, there is so much more additional research on B-vitamins and their benefits for brain health that this doesn’t need to be a concern.

With that aside, let’s return to the ingredients. Not only are they backed by research, they are used in optimal dosages based on the research. Some might see that the EPA/DHA content is low but remember that the specific form used is 4x more bioavailable than other supplements.

In an ideal world, Elysium would’ve put in the bioactive forms of the B-vitamins, but the research still shows that these forms are effective too for preventing brain atrophy and cognitive decline.

All in all, Elysium Matter contains ingredients that are effective for the aging brain.

The advertised benefits of Elysium Matter are simple: to slow brain aging and improve cognitive function. And you’ve seen how the various ingredients in here are able to do those things, so these claims are likely true.

Vitamin B6, vitamin B9, and folate can clearly prevent brain atrophy and improve cognitive performance. And EPA/DHA are vital for overall brain health and preventing cognitive decline too. But the omega-3s and B-vitamins are even better when combined together, so this is a big plus for this supplement. Finally, bilberry will likely offer additional support by decreasing inflammation and oxidative stress, so it helps slow brain aging too.

One thing to note, however, is that this supplement should be used as more of a long-term, preventive measure rather than a quick fix for brain atrophy and cognitive decline. These ingredients work over a long period of time, so if you’re already struggling with significant cognitive impairments, this supplement likely won’t offer as many benefits.

Who is Elysium Matter Best For? 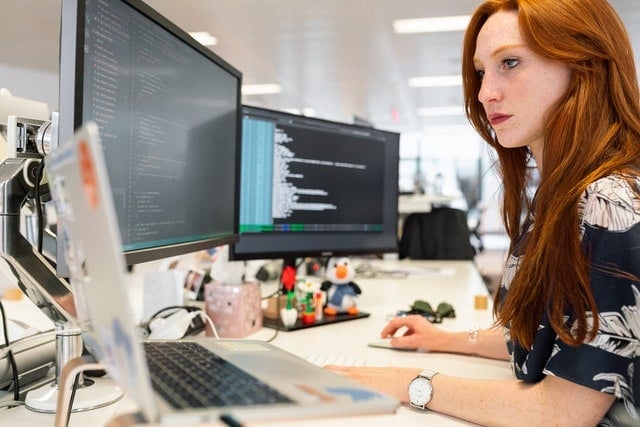 So, this is why Elysium Matter is best for middle-aged to older people who wish to prevent brain atrophy and reduce cognitive decline associated with aging. It is not as effective for people with pre-existing impairments (though it may help in those situations too). But by and large, Elysium Matter is best taken by people who want to protect their brains from the natural aging process and maintain cognitive function.

There are a few potential side effects when taking Elysium Matter. These include:

Where to Buy Elysium Matter

You can buy Elysium Matter on the Elysium website at this link. 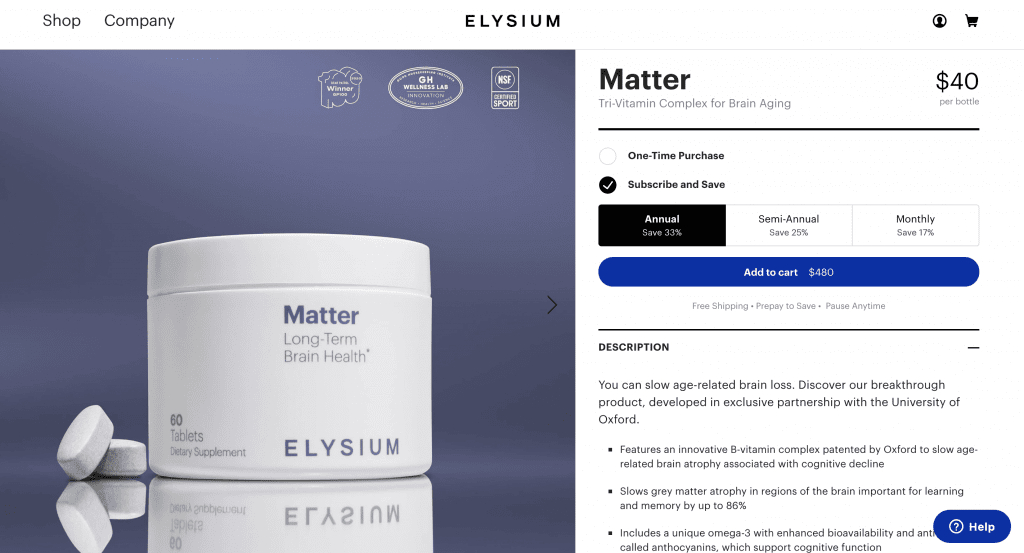 So, per serving, you will pay anywhere from $1.33 to $2; a significant price range for sure. Overall, it is a somewhat expensive product, but the price can be lowered significantly via the various Subscribe and Save options.

OptiBac Probiotics For Women Review – Is This Live Cultures Supplement Worth It?

Collagen Refresh Lemonade Review – Will This Collagen Peptide Powder Work For You?

Lutenol Review – Is This Natural Vision Support Supplement Worth The Cost?

Performix SST Review – A Closer Look at This Supplement