Beyoncé works as hard on her physique as she does on her career. Known for her signature curves, she went on an extreme diet to lose the pregnancy weight and C-sectionfor her twins in time to perform at Coachella. Her diet contained a long list of No’s including carbs, meat, and dairy. She has done several other diets to get ready for acting roles and appearances, including a vegan diet, a high-protein diet, and the Master Cleanse diet back in 2006 in which food is not consumed at all.

The Master Cleanse was developed decades ago and involves drinking a concoction of lemon juice, cayenne pepper and grade B maple syrup 9 times per day. Drinking salt water is also part of this diet to help ‘flush you out.’ No food is eaten on this diet, and although Beyoncé did do this, she says she wouldn’t recommend it to anyone.

To lose weight after the birth of her first baby, Beyoncé ate things like egg whites, sashimi, and cucumbers with vinegar for a snack, with an occasional treat of frozen yogurt. She dropped 60 pounds in 3 months, but the diet also required a serious 2-hour per day commitment to exercise.

The 22 days plan was developed by Beyoncé’s trainer, Marco Borges. In essence it is a vegan diet. Although Beyoncé has since returned to eating meat, Borges still encourages her to eat at least 1 vegan meal each day.

Although Beyoncé loves to eat, she eats 3 regular meals made of wholesome foods, including salads for lunch and light meal in the evening.

Beyoncé’s cheat day foods are pizza and wine which she indulges in once a week.

Beyoncé On The Master Cleanse Diet

‘There are healthier ways to lose weight. I wouldn’t recommend it.’

Beyoncé On Her Coachella Diet

‘In order for me to meet my goals, I’m limiting myself to no bread, no carbs, no sugar, no dairy, no meat, no fish, no alcohol — and I’m hungry.’

‘Eighty percent of my weight loss was from cutting back on food.’

‘I eat pizza but I eat it moderately.’

‘I’m a natural fat person, just dying to get out.’

Beyoncé is beyond busy. To save time, her trainer had her work several muscle groups at a time and do interval training. The idea is to move all 4 major joints (hips, shoulders, knees and elbows) simultaneously to get maximum bang for your time.

Beyoncé keeps a picture of whatever her latest motivation by her treadmill, whether it be an Oscar statue or a dress she wants to wear, to remind her not to skip the workout.

Beyoncé goes back and forth between sprinting and running on the treadmill to burn more calories in less time.

Whenever Beyoncé has a spare moment, she’ll do a couple of lunges, squats or planks.

The girl who seems to run the world makes sure to have fun and burn calories by developing new dance moves, and of course she always cranks up the tunes to get herself motivated.

Beyoncé On Recovering From Pregnancy #1

‘They had me on a treadmill! I ate lettuce!’

Beyoncé On Recovering From Her C-Section

‘I had to rebuild my body from cut muscles. What people don’t see is the sacrifice.’

‘I try to hold my bodyweight for a minute on my toes and hands. I can do 10 push-ups at a time. I’m actually very proud of that because I could never, ever, ever do 1.’

Beyoncé On Her Body

‘Everyone is not supposed to be the same. Be healthy and take care of yourself, but be happy with the beautiful things that make you, you,’

If Beyoncé takes supplements, she’s keeping quiet about it, but if you’re planning on doing any kind of restrictive diet like she has, a daily multivitamin is a smart idea.

If you decide to go vegan, it is important to pay extra attention to your vitamin B12 intake as it can be difficult to get enough from plant-only sources.

Vitamin D is another essential nutrient that can be tough to get from plants, even if you do head outside for some of the sunshine vitamin.

Zinc can also fall short in a vegan diet leading to lowered immunity.

Iron can be found in plant foods, but it is not as readily absorbed by the body, potentially leading to anemia, which causes fatigue and lowered immune function.

Long-chain amino acids EPA and DHA promote brain health and reduce inflammation, but are mostly found in animal products like fish oil, but a vegan version of omega-3s can be found in algae oil.

Iodine is another thing that you may not immediately think of, but vegans are often low in this essential nutrient.

Excluding dairy products can make it hard to get enough calcium which is needed not only for strong bones but also proper muscle function and heart health.

Beyoncé says she struggles to turn off her thoughts at night, but being exhausted helps her to fall asleep.

Beyoncé is deeply religious. She prays and meditates each morning.

Beyoncé records and watches all of her performances before going to sleep, and then asks for feedback and critiques herself the next morning.

Beyoncé is an avid painter and photographer.

Beyoncé said she only had 1 other boyfriend before marrying Jay Z.

Beyoncé’s invented word ‘bootylicious’ has officially been added to the Oxford English Dictionary.

Beyoncé’s dad took a 50% cut in pay when he resigned from his job to manage Beyoncé’s career.

Beyoncé found herself in hot water after performing a private concert for Libyan leader Qaddafi. She donated the proceeds from the concert to relief efforts in the Haitian earthquake, but also dropped her father as her manager shortly thereafter.

Beyoncé donated all of her salary from the movie Cadillac Records to Phoenix House, a heroin rehab organization.

‘I am a person who has a hard time shutting off my brain.’

Beyoncé On The Power Of Prayer

‘I am the result of my grandmother’s prayers.’

I’m not like her in real life at all.’ 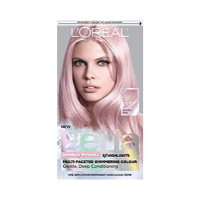 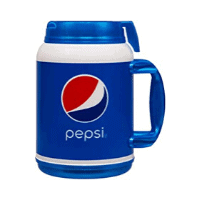 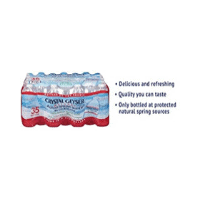 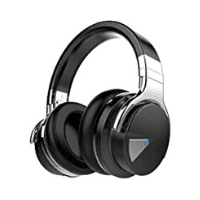