Born in Montana, Steve Reeves moved to California at age 10. He developed an interest in bodybuilding during high school and trained at Ed Yarick’s gym. After graduating, he enlisted in the Army and served in the Philippines during World War II. Like Jack Lalane, Reeves went to chiropractic school after completing his military service. Reeves was Mr. America in 1947, Mr. World in 1948 and Mr. Universe in 1950, after which he was contacted by a Hollywood agent. Reeves briefly studied acting in NYC under Stella Adler, and then switched to the Theodora Irvin School of the Theatre. He got noticed by a talent scout for Cecil B De Mille and earned a 7-year contract with Paramount. Reeves had modest success with small roles in American shows like the tv series Topper and the film Jail Bait, but he earned major popularity via Italian-made films, including Hercules. By 1960, he was the top box office draw in 25 countries. Reeves’ acting career ended in the 1960s due to stunt-related injuries. He co-authored several books, including Powerwalking, Building the Classic Physique — the Natural Way and Dynamic Muscle Building. Reeves died in 2000. Despite passing away before the invention of social media, he has a presence online. Reeveswas6 feet, 1 inches tall and weighed about 215 lbs.

Old-school bodybuilders took a different approach to eating, although it still centered on healthy, natural foods. Reeves would eat 3-4 meals a day, and were heavy on the protein. He’d blend up a ‘power drink’ for breakfast with things like raw eggs and gelatin, and then have steak or chicken along with veggies for the other two meals. He didn’t avoid carbs and would have things like potatoes and fruit.

Reeves packed on 19 lbs. of muscle in just 3 weeks by following a diet that was high in protein, particularly steak, salad, potatoes, and fruit.

Reeves followed a 60/20/20 protein/fat/carb diet. He said it was necessary to eat that much protein to keep the body energized.

Reeves would whip up a special smoothie for breakfast that included 2-4 raw eggs, 1 tablespoon of gelatin, 2 tablespoons of protein powder, a banana, fresh orange juice, and a tablespoon of honey to make it palatable.

‘We should try not only to build a balanced life but also a balanced physique.’

Reeves on His Stats When He Won The 1950 Mr Universe

‘I don’t think anyone should just use measurements as a guide. The best guide is the mirror and taking pictures.’

Reeves was a big runner, and would often run a sub-5 minute mile. But age and injuries caught up with him, and he searched for something that wasn’t so hard on his body.

Reeves is often credited with creating power-walking, but he says it happened by accident. He was trying to keep up with his horse who was walking fast, and found that by swinging his arms, he felt more balanced. He later added light weights to increase the difficulty (and the pay-off).

Reeves trained in the morning, after breakfast. His routine would last between 2-4 hours, and he created goals to meet with every workout.

Unlike some who push themselves to the max, Reeves believed in the importance of rest and recovery and would train Monday, Wednesday and Friday, allowing for complete rest in between workouts.

Reeves did not follow a classic split routine, focusing on 1 body part per day in his weight lifting. Instead, he would work the whole body, always finishing with legs, a practice Arnold Schwarzenegger would later replicate.

Reeves was a stickler for perfect form, and for moving the weight through his entire range of motion slowly and deliberately.

Reeves mostly used free weights and bodyweight to perform his exercises rather than machines.

Reeves is famous for his perfect posture, which he said was due to his mother strapping him into a posture-correcting device as a child because he was a champion sloucher.

Reeves met Ed Yarick, owner of a bodybuilding gym, when he was in high school. Yarick talked Reeves into training which he did until graduation and enlisting in the Army.

Cardio: power-walking, with or without light dumbbells

Reeves on The Right Way to Approach Exercise

‘You should go through a program not as a duty, but as something that is a real pleasure.’

‘I wanted to do something that in no way would be jarring or damaging to the knees, because I was getting bad knees from running. So I thought.. “I’ll add a little weight, and move it over the same distance, and get the same results.”’

‘When your arms are bigger than your head, something is wrong.’

Reeves was a pioneer in many ways, including supplementation. Although there wasn’t nearly the amount of options you’ll find today, he would add protein in his morning power drink. He used soy, but there are many other options including whey, casein, and pea which is a top choice with vegans. 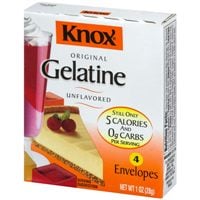 Reeves would also add unflavored gela-tin to his morning power drink. Like collagen, gelatin is made from amino acids and can improve the strength and health of bones and joints, as well as skin, hair, and nails.

Another ingredient in Reeves’ power smoothie was honey. Besides being delicious, high-quality honey is rich in anti-oxidants, can help lower blood pressure, improve cholesterol, and it has less of an impact on blood sugar than table sugar.

Reeves only trained for 4 weeks before winning the 1950 Mr. Universe contest, packing on an amazing 15-20 lbs. of muscle in that short amount of time.

Define Your Muscles Through Illness

While training for Mr. Universe, Reeves got sick, but said catching pneumonia actually had the benefit of better defining his muscles.

Reeves was a member of a group who made bodybuilding a sport. The gang also included Reg Park and John Grimek who all went on to become bodybuilding champions.

Reeves was told by Cecil B. De Mille that he had to drop 15 lbs. to look more convincing in the lead role of Samson on camera. He tried to lose the weight and work on his acting skills, but lost out to Victor Mature.

The Sultan of Swords & Sandals

While Reeves’ career in the US film industry wasn’t doing much, he got picked up by an Italian director. It was a relatively low-budget film and Reeves was paid $10,000 to star in it. The film eventually went on to gross $5 million in the US alone.

The Beginning of the End

While filming The Last Days of Pompeii, Reeves’ shoulder was injured when his chariot collided with a tree. An underwater escape scene further aggravated the injury, and led to his opting to end his acting career.

After retiring, Reeves bought a 360-acre ranch on the Oregon-California border, and then a second one in Valley Center, California where he lived for the rest of his life, breeding horses and promoting natural bodybuilding.

Reeves’ real voice was used in very few films. All of his popular Italian films including Hercules, Hercules Unchained and The White Warrior, were dubbed.

Reeves on His Role Models and Goals

‘John Grimek was my original idol…I looked at myself as an artist. I wanted to sculpt my physique.’

Reeves on Sickness & Getting Ripped

‘I caught pneumonia halfway through my training. That temporarily weakened and demoralized me somewhat — but surprisingly, it also served to increase my muscular definition!’

Reeves on his US Acting Roles vs. His Italian Ones

‘I had a suit on at all times. I even had a tie. Only took my shirt off once. Those were the days, huh?’

‘I don’t believe in bodybuilders using steroids. If a man doesn’t have enough male hormones in his system to create a nice, hard, muscular body, he should take up ping pong.’ 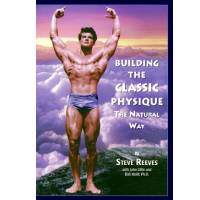 Building the Classic Physique: The Natu-ral Way
GET IT HERE 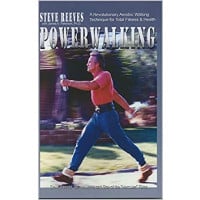 Steve Reeves PowerWalking
GET IT HERE 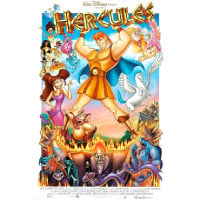 Hercules
GET IT HERE 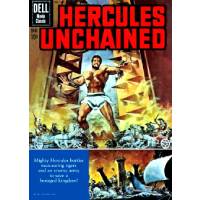 Hercules Unchained
GET IT HERE 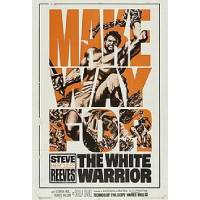 The White Warrior
GET IT HERE

Knox gelatin
GET IT HERE