Born in Texas, Steve Howey moved to Colorado in high school, and then attended Northeaster Junior College for 2 years on a basketball scholarship. He guest starred on several TV shows in the 90s icluding ER and The X-files, and he also produced and starred in an independent film written and directed by his father called Class in 1998. Howey’s big break came in 2001 with Reba. After that ended in 2007, he moved on to Shameless until that wrapped in 2020. Howey was married to actress Sarah Shahi from 2007-2020 and they have a set of twins together. He has over a million followers on social media. Howey is 6 feet 4 inches tall and weighs about 225lbs.

Howey is ripped, but he also went through a phase after Reba where he really packed on the pounds. He knew he needed to take control of his health and he did. He cut out alcohol and junk food and these days, he sticks with classics like chicken and broccoli. He also tried a meal service for a while, but it left him feeling hungry. He eats a lot of vegetables and says diet is the most important component for getting a 6-pack. Howey uses the Blood Type Diet app which tells him which foods are okay and which to avoid.

Howey discovered that the only thing he could get away with eating a lot of was vegetables, broccoli in particular. He says you don’t need to love all veggies, just find some you can tolerate and look up recipes to keep things from getting too boring.

Howey says eating right does a lot more for his body than spending hours at the gym. For him, even a week of a solid, healthy diet gives results.

Eat for Your Blood Type

Howey says that while he loves coffee, it isn’t right for his blood type. Coconut oil doesn’t work for him either. By following the recommendations in his Blood Type Diet app created by Phil Catudal, Howey says he really does look and feel better.

Howey says that although his food choices can sometimes get a bit repetitive, they work for him.

Howey says cheating is a slippery slope and that cheat days can really set you back.

Foods for Your Blood Type

Cheating on Your Diet

Howey on the Effects of Alcohol

‘In the past, I was tired in the morning and grumpy…When I cut out the alcohol, I was much more attentive and had way more energy.’

‘Eating properly for a week is more beneficial for me than hard workouts for a month.’

Howey on his Amazing Abs

‘My waistline and abs just pop when I’m eating right.’

’That’s what hot sauce is for.’

Time for a Change

Howey discovered that drinking and lying around wasn’t doing his body or mind any good. He changed his habits, dropped a lot of weight, and improved his energy and his outlook.

Howey adopted the Arizona State wrestling team’s workout, which is a full-body circuit.

Howey doesn’t always feel like lifting weights. When that happens, he hits the treadmill, and says that within 20-30 min, his motivation returns.

When Howey goes to the gym, he spends hours, often 2 or 3 doing a very intensive routine.

Howey’s advice is to just go to the gym. Even if that isn’t enough motivation to work out, you have still gotten some exercise in by just walking around the place for a bit.

Carry Your Own Plate

One of the particulars of Howey’s wrestler circuit routine is to carry around a 45-lb. plate the entire time he’s working out.

Run 800m at top speed (with or without plate)

Howey on Getting in Shape

Howey on His Marathon Workout Sessions

Howey on Exercise After 40

‘The workouts that are really good for my body suck the most.’

Howey on the Intensity of His Workouts

‘What I’ve learned the hard way is that the more excess weight you have, the more likely you are to get injured doing everyday things.’

Howey is keeping quiet on any supplements he might take, so below are supplements that can benefit anyone following a similar diet plan.

Howey eats for his blood type. This is of course individualized, but since he tends to eat the same foods over and over, a multivitamin is a smart move to cover nutritional gaps.

As a man over 40, vitamin B12 is also a good idea as it is not as easily absorbed as we age.

Vitamin D is also essential for many reasons, not least of all for testosterone production which helps grow muscle, which in turn burns fat.

Calcium is another top pick for men, for strong bones and also for muscles, nerve function, and a healthy heart.

Magnesium is also important and provides a wide range of health benefits from better sleep to reducing inflammation to regulating blood sugar and blood pressure.

Another mineral, potassium, is also important for age-related dis-eases.

Howey has said his joints sometimes give him a fit, making ome-ga-3s a good option as they reduce inflammation and promote healthy joint function, along with heart and brain health.

Finally, your diet is only as good as what you absorb, making probiotics a great choice as they also increase immunity.

Howey’s dad is an actor, director, and acting coach who has been in the biz for years.

Off Into the Wild Blue Yonder

Howey spent much of his childhood on a boat. His parents bought a 38-footer and the family traveled down the coast to Central America.

Howey isn’t especially known for being a comedic actor, but he’s a huge fan of Lucille Ball.

Howey played basketball through all 4 years of high school and earned a scholarship to play at a junior college, which he accepted.

Howey loves the adrenaline rush of riding a motorcycle, but he gave it up once the kids were born.

Howey has worked with the Starlight Children’s Foundation which serves children with serious illnesses.

Howey says that while he won’t rule out a Shameless spin-off or other show, he is strongly considering creating his own show so he gets to be in charge.

Howey on Living on a Boat

‘I remember being hungry and my mom saying, “Cast a line, Bill! Get a fish!”’

Howey on the End of Shameless

‘A part of me is actually excited to think about moving on to something else. Then the other part is thinking, “Oh my God, I’m going to miss this so much.”’

‘I’m a big guy, but I’m not afraid of being goofy or play the fool. I think that’s kind of refreshing for people. There are some alpha males out there who don’t know how to be vulnerable.’

Howey on His Life 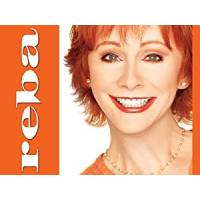 Reba
GET IT HERE 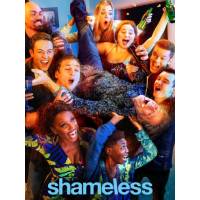 Shameless
GET IT HERE 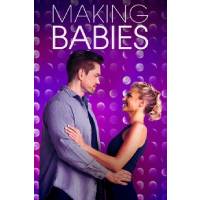 Making Babies
GET IT HERE 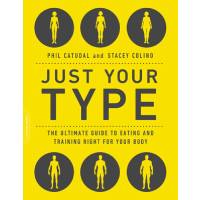 Just Your Type
GET IT HERE 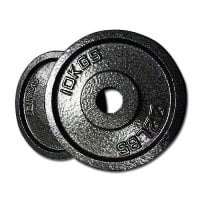 Weight Plate
GET IT HERE