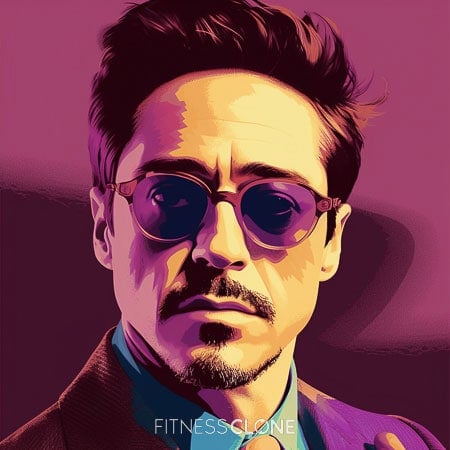 Robert Downey Jr. grew up in the Greenwich Village neighborhood of Manhattan. His father is an actor and filmmaker and his mother Elsie Ann was an actress. Downey Jr. began acting in his father’s films when he was 5 years old. He pursued roles in theater at first, and was hired by Saturday Night Live in 1985 but was not well-received and cut from the show within a year. Downey Jr.’s big break came with Tuff Turf and then as the lead in The Pick-Up Artist. He was nominated for an Oscar for playing the lead in Chaplin, and appeared in many other films throughout the 1990s. Drug charges plagued him for years and eventually was sentenced to a California substance abuse treatment facility and prison. Upon release, he was picked up by the tv show Ally McBeal, and was nominated for an Emmy and won a Golden Globe for his role on the show. His substance abuse problems continued, but he fought to hang onto his career and was cast as the lead in Iron Man which enjoyed global success. The character of Tony Stark appeared in other Marvel films including Spiderman and The Avengers. Downey Jr. has also sung on several soundtracks, including Chaplin and Too Much Sun. He has been married to producer Susan Downey since 2005 and they run the Team Downey production company. He has millions of followers on social media. Downey Jr. is 5 feet 8 inches tall and weighs between 150-170 lbs. depending on his acting roles.

Prior to getting tapped for the first Iron Man, Downey Jr. had dropped down to 150 lbs. to play the role of Sherlock Holmes. He. packed on 20+ lbs. of muscle prepping for Iron Man. He ate every 3 hours for a total of about 5,000 calories a day. His macros were counted and split at 30% protein, 30% fat and 40% carbohydrates. After decades of abusing drugs and his body, Downey Jr. committed to a plant-based diet in early 2020, primarily over concerns about the environment.

Downey Jr.’s Iron Man diet included eating a lot: 5,000 calories a day. He bulked up by 25 lbs. and really developed a physique worthy of his superhero character.

Downey Jr.’s trainer kept a close watch on his intake, and split his macro nutrients fairly evenly among protein, fat and carbs.

Back Where He Started

Right after getting jacked for Iron Man, Downey Jr. went and lost all the weight to play Sherlock Holmes again.

In January 2020, Downey Jr. announced his decision to change his diet to a strictly plant-based one with the intention of reducing his carbon footprint.

Downey Jr. on His New Diet

Downey Jr. on His Decision To Give Up Meat

‘I have this quiet sense of crisis, I’m a one-man carbon footprint nightmare colossus.’

Downey Jr.’s Trainer on His Physique

Downey Jr.’s Trainer on His Physique

Downey Jr. has been training in Wing Chun since 2003. The martial art was made famous by the martial arts icon, Bruce Lee.

Downey Jr. isn’t naturally a big guy. He’s also not young. But he didn’t let either of those things stand in the way of truly embodying his character of Iron Man’s Tony Stark.

Downey Jr. worked with trainer Brad Bose to get ripped without getting too huge. By the end of his training, he’d doubled his bench press and nearly tripled his shoulder press.

Downey Jr. takes prep for his roles seriously, and that includes being genuinely strong. He hit the gym a minimum of 4 days a week for 40-90 minutes at a time to get ripped for Iron Man.

Downey Jr.’s regular exercise plan was suspended while he prepared for Iron Man. He used a machine called Jacobs Ladder that works the entire body at the same time, with a target heart rate of 65% max. Other special machines he used were the Pineapple and the Vortex.

As the sequels kept coming, Downey Jr. sometimes got sick of traditional workouts. When he’d had enough of the gym, he and his trainer would do obstacle courses, use sleds, whip firehoses filled with water and sand, flip tires and hit also them with sledgehammers to keep things fresh.

Downey Jr. on His Physique

‘I’m not a kid. And I’m not a professional athlete.’

‘We cut way back on cardio and really increased the weight he was lifting.’

Downey Jr. on Playing the Role of Iron Man

‘I’m not particularly tall, strong, fast or aggressive, but I’m not faking it.’

Besides his creatine use for Iron Man, Downey Jr. isn’t dishing on any other supplements. So, below are supplements that can benefit anyone following a similar diet.

A multivitamin is a must-have, especially for the 50+ set.

If you’re looking to make muscle gains and/or hang on to what you have, protein is essential, and you can find plant-based protein if that’s your preference.

Omega-3s are another great choice for many reasons. Omega-3s not only help reduce inflammation but they also help improve mood and brain function. 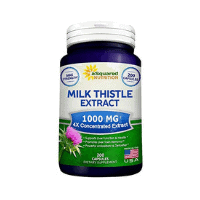 Downey Jr. has been clean for years but he struggled with addiction for decades. Supplements that can help with side effects of withdrawal include valerian which helps with insomnia and stress, peppermint for digestive upset and depression, milk thistle to help detoxify the liver.

Downey Jr.’s father was a drug addict and introduced his son to drugs when he was just 6, which his father later said he regretted. Downey Jr. spend years getting arrested for drug offenses, and sometimes had trouble getting into other countries due to his criminal record.

Downey Jr. is related to Barbara Walters and Harry Connick Jr. He has been friends with Moby since they were kids, and he once dated Sarah Jessica Parker.

Tied at the Top

Downey Jr. is tied with Chris Evans for the most appearances in the Marvel Cinematic Universe. Prior to shooting Iron Man, he was considered to play the lead in Batman. Downey Jr. was also considered for the lead in Top Gun, Edward Scissorhands and Ferris Bueller’s Day Off.

‘It’s like I have a loaded gun in my mouth, and I like the taste of metal.’

Downey Jr. On His Acting Skills

‘Remember that just because you hit bottom doesn’t mean you have to stay there.’

‘Worrying is like praying for something you don’t want to happen.’

‘Nothing will serve you better than a strong work ethic. Nothing.’

Downey Jr. on How to Handle Advice

‘Listen, smile, agree, then do whatever you were going to do anyway.’

Downey Jr. on Himself 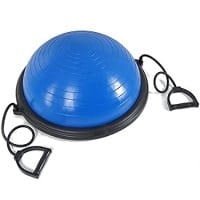 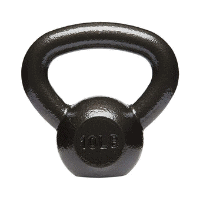 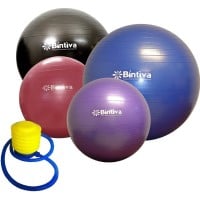 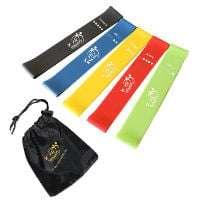 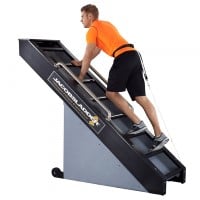 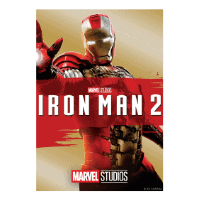 Iron Man
GET IT HERE 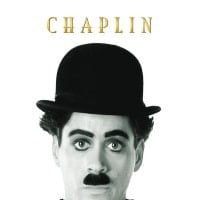 Chaplin
GET IT HERE 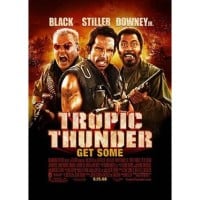 Tropic Thunder
GET IT HERE 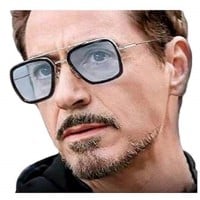 Tony Stark sunglasses
GET IT HERE