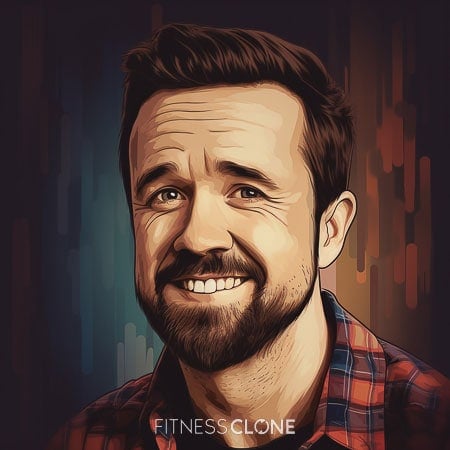 Rob McElhenney is from Philadelphia, PA. His parents divorced when he was 8 and his mother came out as a lesbian. He attended Temple University but did not complete a degree. McElhenney’s found small roles in films and tv including A Civil Action, ER and Law & Order. At age 21, he had a script optioned, but it fell through. McElhenney moved from New York to LA when he was 25 and waited tables to make ends meet between acting jobs. His It’s Always Sunny in Philadelphia got picked up in 2005 and is still running. McElhenney also finds time to appear on other shows such as Lost and The Mindy Project. McElhenney is married to actress Kaitlin Olson and they have 3 children together. He has hundreds of thousands of followers on Twitter alone. McElhenney is 5 feet 9 inches tall and weighs about 180 lbs.

McElhenney gained 60 lbs. over the course of 7 months because he thought being fat lent itself better to comedy. He then took it all off again and then some, getting ripped like a superhero. It took a team of professionals and complete concentration to get there, but he says he cares about getting paid, so he did it. Of course, he isn’t serious, sort of, but he did achieve results. His healthy diet contained the usual suspects: chicken breast, vegetables, and brown rice, but having a personal chef made them taste a lot better.

Getting Fat Is Easy

McElhenney ate four 1,000 calorie meals per day because he thought a ‘Big Mac’ would be funnier. He found eating Big Macs to be one of the easiest ways to gain weight because they have more than 1,000 calories all in one convenient sandwich.

The Trouble With Chicken

Things like chicken breast, salads and brown rice are a problem when you’re looking to gain weight. They fill you up without providing the necessary calories. If you really want to pack on the lbs., stick with junk food.

Or easy as not eating pie. Despite McElhenney’s jokes about dieting, he says it really is as easy as cutting back the amount of calories you take in. You may not get jacked, but you will find your waistband feeling looser.

Whatever his Chef Prepares

‘Regardless of your metabolism, if you stop consuming so many calories, you will lose weight.’

McElhenney on How Stars Stay Slim

McElhenney on What You Need to Do to Lose Weight

‘What you need to do — you have a chef, right? Like a personal chef. Make sure the chef makes you a lot of chicken breast.’

McElhenney advises folks who are determined to get in shape to quit their regular 9-5 job because it gets in the way.

McElhenney says if you’re serious about getting jacked, you have to forget about your family, because you don’t have time for that kind of stuff any more.

McElhenney recommends working out with a celebrity trainer, such as the one from Magic Mike, Arin Babaian. He also recommends getting a movie studio to pay for the sessions because they can get pricey.

McElhenney on How Stars Get Ripped

“Get the personal trainer from Magic Mike, sleep 9 hours a night, run 3 miles a day, and have a studio pay for the whole thing over a 6-7 month span…It’s a super-realistic lifestyle and an appropriate body image to compare oneself to.’

McElhenney on the Heavy Weight of Stardom

‘I’m not going to get into the medical science. Let me just tell you something, increased levels of testosterone is just a cross I have to bear.’

McElhenney on his Motivation For Getting in Shape

‘The truth is I have more dedication to the paycheck.’

McElhenney isn’t giving specifics on the supplements he took to get jacked for his role of Mac, so below are supplements that can benefit anyone on a similar diet.

With McElhenney’s junk food diet, it definitely would have been smart to take a greens supplement to add a little nutrition.

Ditto for a multivitamin. As for how he got ripped, protein supplements were almost certainly a given.
Get it here

Protein builds muscle, burns fat and helps curb cravings, all in one convenient package.
Get it here

McElhenney would have been smart to supplement with omega-3s as well to help combat inflammation and promote brain and heart health after such a terrible diet.
Get it here

Creatine and BCAAs both help boost muscle gains, performance and speed recovery.
Get it here

CLA (conjugated linoleic acid) helps burn fat and increase lean muscle, all while strengthening the immune system.
Get it here

L-Carnitine is an amino acid is another fat burner that also helps with mental function and focus.
Get it here

Beta alanine can help reduce fatigue, meaning you can work out for longer at a higher intensity.
Get it here

Finally, probiotics help you get the most nutrition out of your food, and boost immunity at the same time.

McElhenney recommends getting a good nine hours of sleep each night if you’re serious about getting ripped. No word on how well he follows his own advice.

McElhenney decided not to let quarantine get in the way of filming his show Mythic Quest. Instead, he figured out a way to make an episode from home. It was praised as the series’ best show to date.

McElhenney plays a homophobic gay character on Sunny. In real life, his mother and both his brothers are homosexual.

Rob McElhenney and fellow actor and friend Ryan Reynolds have long dreamed of owning a soccer club. They are in the midst of negotiating the purchase of 5th-tier Wrexham AFC, which has been fan-owned since 2011.

McElhenney is involved with the charity Mercy Corps, a humanitarian organization that provides assistance to refugees and other needy populations.

McElhenney on What it Means to be a Man

‘I’m fascinated with masculinity. I want to explore it in any way I can.’

McElhenney on his Show

‘I feel like it’s a dangerous and dark world if Sunny becomes mainstream comedy.’

McElhenney on Getting Creative with Barriers

‘It just so happens that people aren’t doing comedy about abortion or cannibalism or waterboarding. And that to me doesn’t necessarily mean that there aren’t aspects of those subjects that are funny, it just means that people are too uptight.’

‘Be an American and vote. A lot of people have died for us to have that right. If you don’t do it for you, do it for them.’ 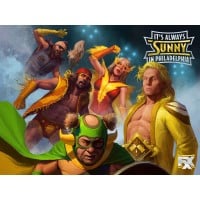 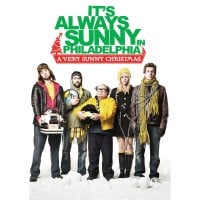 A Very Sunny Christmas
GET IT HERE 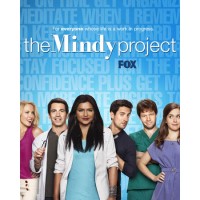 The Mindy Project
GET IT HERE