Owyn Protein Review – How Does it Compare? 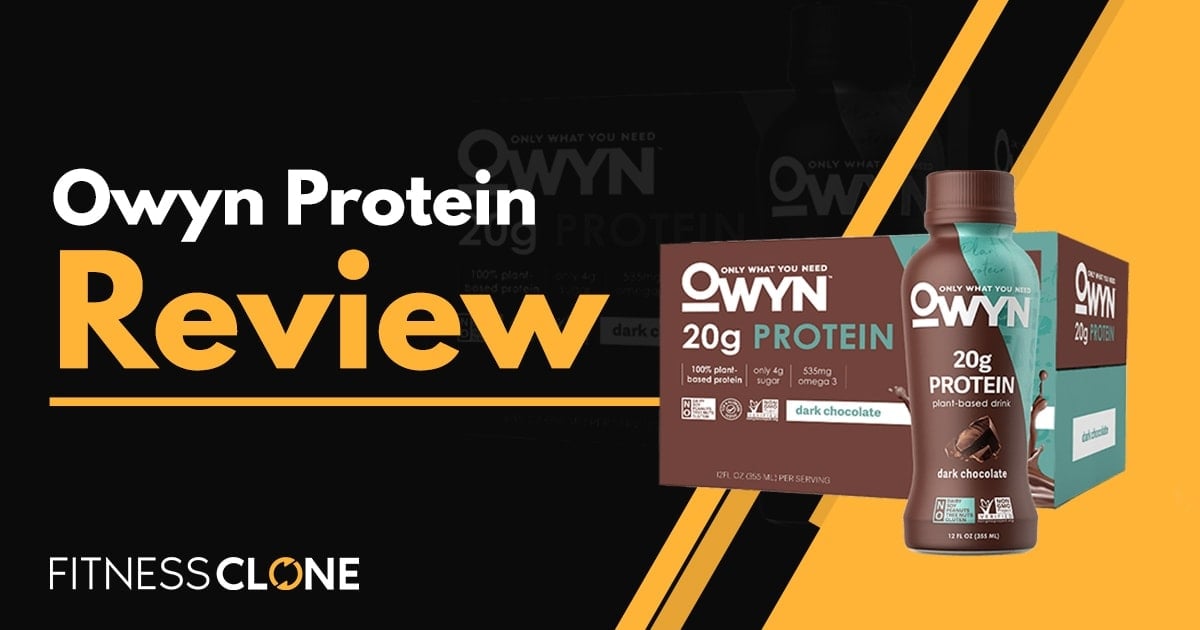 Everyone loves protein. Protein, along with carbs and fats, is one of the three essential macronutrients that the human body needs to gain from external sources. Proteins are involved in several bodily functions, from constructing and repairing cells to making new biological structures.

Given how protein is so important to human health and the fact that many people just don’t get enough protein in their daily diet, several companies have developed protein drinks meant to supplement your daily diet with the optimal amounts of protein. These protein drinks can be daily supplements, drinks specifically for pre- and post-workouts, are for certain high protein low carb diets, like the keto diet.

Owyn Vegan Protein Drinks are a relatively new protein drink that has hit the market in the past few years. Unfortunately, the nutritional supplement market is full of bogus products that make extraordinary claims, mostly because nutritional supplements are not monitored or approved by the FDA. Owyn has received a sizable following online due to its products, so today, we are going to separate the wheat from the chaff and talk about Owyn protein drinks; specifically, what they are made of, how they work, and whether or not they are worth the money.

“Owyn” is an acronym for “only what you need” and this name is reflected in the product. There are 0 fillers and every ingredient has substantial nutritional value. So you know you won’t be ingesting any empty calories just to fill you up. The company recommends that you drink one Owyn drink as “quick fuel” between meals or after a workout.

Along with their healthy ingredients, Owyn protein drinks come in several tasty flavors, including cold brew, chocolate, and turmeric gold milk—all flavors that are in style now. Despite the flavors, they are protein drinks, so they are milkier and slightly chalkier than other drinks. Even though each bottle has 20 grams of protein, they only have 180 calories. This is a great protein/calorie ratio. Traditional wisdom holds that a person needs to consume around 0.6 g of protein per pound of body mass. So, a 150 lbs. person needs about 90 grams of protein a day. Thus, a single Owyn drink provides nearly a fourth of the daily recommended protein but only about 10% of the daily recommended calorie intake (assuming a 2,000 calorie diet).

To get the same amount of protein, you’d need to eat about 300 calories worth of eggs. If you are on a very strict calorie-counting regiment, these small numerical differences matter a lot.

Owyn vegan protein drinks are made by Owyn, a nutritional supplement company founded by husband-wife duo Kathryn Moos and Jeff Mroz. Both Moos and Mroz were high-level athletes when they were younger and they wanted to translate their knowledge of sports nutrition into a simple and delicious product that can help people reach their workout and fitness goals.

In some ways, Owyn protein drinks are not distinguished by what they include but by what they don’t include. All of Owyn’s protein drinks are completely vegan and 100% allergen-free. This means no dairy, no gluten, no soy, and no nuts. Instead, Owyn only uses plant-based proteins derived from flax, pumpkin seeds, and pea protein, and adds a blend of omega-3 fatty acids and essential amino acids. It has a very low sugar content, so it has few carbs Further, all of Owyn’s ingredients are certified non-GMO and are sustainably sourced.

One final note, all of Owyn’s protein drinks are certified both kosher and halaal, so those with religious dietary restrictions can consume without any worries.

Unless you have a very rare genetic disorder, it is virtually impossible to ingest too much protein in the normal course of your day. As such, Owyn protein drinks are safe and have little side effects, aside from common ones associated with protein drinks such as cramps and upset stomach. You might also notice some initial problems with digestion, especially if you are not used to consuming high levels of fiber. Your body should get used to this after a bit though.

Currently, Owyn protein drinks are available via the company’s website. 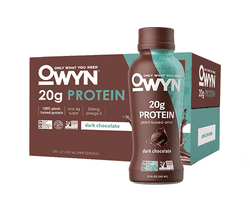 Get up to 20% off Owyn ProteinWe scour the web for the best deals on supplements. Want to save up to 20% on your order of Owyn Protein? Click the button below to get this deal!GET THE DEAL

Owyn Vegan Protein Drinks: Worth it or Not?

If you are looking for a fast and efficient pre- or post-workout protein shake, the Owyn drinks are a good choice. All used ingredients are organic and sustainably sourced and it has a great protein/calorie ratio so it won’t impact any calorie-cutting regiment you may be on.

Also, the protein drinks are actually pretty darn tasty, something rare with protein drinks. They are not a magic health drink; you still have to stay on your diet and maintain your workout schedule, but the can help optimize your fitness gains.

Thrivous Clarity Review – How Does This Brain Supplement Stack Up?

CON-CRET Creatine Review – Is It Really Worth The Purchase?

Perfect Keto Collagen Review – What Can This Collagen Supplement Do For You?