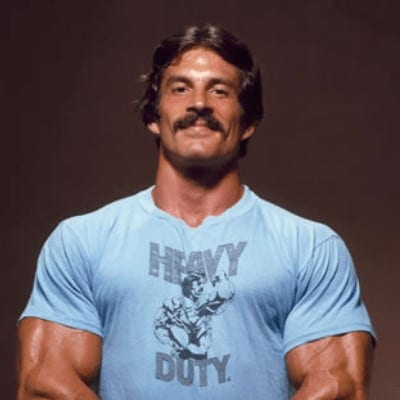 ‘Heavy Duty’ Mike Mentzer grew up in Pennsylvania. He began lifting weights at age 12 and by 15 could benchpress 370 lbs. Mentzer started competing and winning physique contests when he was 18. A straight-A student, he enrolled at the University of Maryland in pre-med, but left after 3 years and served in the US Air Force for a time. Injuries forced him to stop training for a few years, but he came back and won Mr. American in 1976, and Mr. Universe in 1977. After winning Mr. Universe again in 1978, he went pro. Mentzer won the heavyweight class for Mr. Olympia in 1979 with a perfect score of 300. He retired at age 29 and switched to training other bodybuilders. Mentzer wrote several books about weight training. He died in 2001 from heart complications. Mentzer was inducted in the IFBB Hall of Fame in 2002. Despite being deceased for twenty years, he has an online presence on social media. Mentzerwas 5 feet 8 inches tall and weighed about 225 lbs.

While it was popular for bodybuilders to eat low-carb in the 1970s, Mentzer took a different approach. He recommended 4 servings each of high-quality grains and fruit, along with 2 each of dairy and protein. He ate things like pancakes and ice cream, but the way he stayed ripped was by keeping his calories under 2,000 a day. He was also not a fan of high protein diets and thought 1.2g of protein per pound of bodyweight was too much. His method proves you can eat foods you enjoy while maintaining a lean physique.

Much ado is made about the fact that Mentzer ate ice cream, but he was very disciplined in his habits. He was also extremely active, training multiple times a day. Even though he didn’t live on egg whites and spinach, he did eat a healthy, well-balanced diet.

Mentzer’s decision to count calories rather than macros worked for him. Either, way he did believe in tracking his intake. He recommended keeping a food diary to help you understand where you need to add or cut back.

Mentzer said that a high-carb, high-calorie diet is necessary for most beginning bodybuilders, and that you must be willing to put on a little fat in order to gain muscle. For those looking to gain 10 lbs. of muscle in a year, he recommended a 6,000-calorie per day diet.

Mentzer clearly subscribed to the idea that life should be enjoyed. No diet is sustainable if it is too restrictive, so be choosy about your indulgences, and don’t go overboard.

‘There are a few who claim that a positive calorie balance is not necessary to build new lean muscle…that the body can literally “steal” calories from fat and shunt them to the muscles for growth…While there may be some truth to this claim, I am skeptical.’

Mentzer on the Importance of Diet & Muscle Mass

Mentzer was all about lifting heavy, but said you have to do it right. He considered proper training to be the primary factor, and diet secondary.

Mentzer would spend an hour each week working his arms to failure. He said constant tension on the biceps and triceps is the key to building massive arms.

Mentzer attempted to perfect the concepts of Arthur Jones. He studied physiology for years and kept up on all the latest scientific research to develop his own theory of bodybuilding and how a person can achieve maximum results in minimum time without resorting to drugs.

Mentzer said that while you can make your shoulder muscles bigger, you can’t actually get wider because your skeleton is determined by genetics.

Mentzer regularly worked out multiple times a day. He took a classic approach, focusing on 1 body part each day. He was a proponent of high-intensity training as well as sufficient rest to promote growth.

Mentzer said failure is not when you can no longer lift. Failure is when you cannot use proper form to go from fully contracted to fully extended and back again.

Mentzer’s favorite body part to train was his back. He believed a developed back provided definition and detail. He worked extra slow on each rep to highlight each of the many muscles in the back.

Mentzer believed in pushing muscles to the max to make them grow. To accomplish this, he would perform an isolation exercise before a compound move to thoroughly target a muscle.

‘The theory of high-intensity, anaerobic, bodybuilding exercise is not true because I or anyone else…say it is true. It is the fact that the logic of the theory is unassailable which makes it true.’

Mentzer on Strength vs. Size

‘Developing stronger muscles is a prerequisite to developing larger muscles.’

Mentzer on the Last Rep

‘That last rep where you’re trying as hard as you can and you barely make it…That rep is very special…There’s something special going on in side your body.’

‘Don’t make the mistake of comparing yourself to others. The only person you may accurately compare yourself to is—YOU!’

‘[It] remind[s] me of a the man who earnestly desires a suntan but continues to make the mistake of going outside at midnight, then wastes thousands of dollars on different suntan lotions, thinking the next one will solve his problem.’

Mentzer is a bodybuilder from another era and while he openly admitted to taking steroids, they are not a healthy way of achieving results. So, below are some healthy supplement options for anyone following a similar diet.

Glutamine is a top pick with bodybuilders because it boosts gym perfor-mance, grows muscle, burns fat and improves digestion.

Creatine and BCAAs are two more favorite with serious athletes for their muscle-building, performance-boosting effects, as well as reducing post-workout soreness. 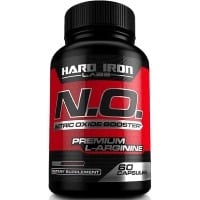 Essential omega-3 fatty acids combat inflammation and give your brain and heart a boost.

Mentzer says his father turned him on to capitalism as a child when he continually offered him prizes, from a baseball glove to cold, hard cash, for getting good grades.

Mentzer spoke openly about his steroid use. He claimed to take relatively low doses, but most people said his usage was much higher. He died of heart complications.

Just two days after Mentzer died, his brother Ray, another professional bodybuilder, passed away from complications from Berber’s disease.

Not Just a Muscle Man

Mentzer was a follower of Ayn Rand, and subscribed to Objectivist philosophy. He believed bodybuilding and philosophy were one and the same, and his books contained about equal amounts of philosophy and advice on weight training.

Mentzer believed he had a monopoly on the right way to train, and that people who disagreed with him were ignorant, and attitude which earned him a lot of enemies in the bodybuilding community.

Mentzer competed against Arnold Schwarzenegger for Mr. Olympia and lost, prompting him to claim the contest was fixed in Arnie’s favor. The rivalry went on for years, but Mentzer eventually improved his relationship with Schwarzenegger.

Mentzer on the Importance of Rest

‘The workout does not actually produce muscular growth. The workout is merely a trigger that sets the body’s growth mechanism in motion. It is the body itself…that produces growth…only during a sufficient rest period.’

‘Man is an indivisible entity, an integrated unit of mind and body.’

Mentzer on Developing the Mind & Body

‘It is only within the context of having properly developed your mind that you will be able to truly enjoy the achievement of your material values, including that of a more muscular body.’

‘Man’s proper stature is not one of mediocrity, failure, frustration, or defeat, but one of achievement, strength, and nobility. In short, man can and ought to be a hero.’

‘In order to lead the orchestra, you must first turn your back to the crowd.’

‘One cannot actualize his goals until he visualizes them clearly in the mind’s eye.’ 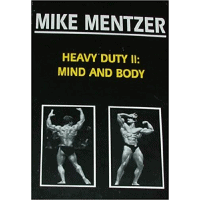 Heavy Duty II: Mind and Body
GET IT HERE 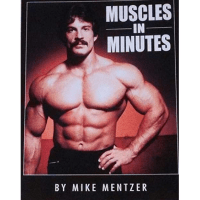 Muscles in Minutes
GET IT HERE 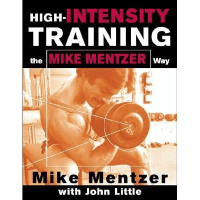 High Intensity Training the Mike Mentzer Way
GET IT HERE 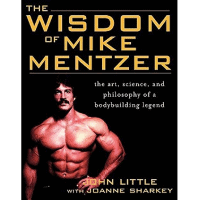 The Wisdom of Mike Mentzer
GET IT HERE