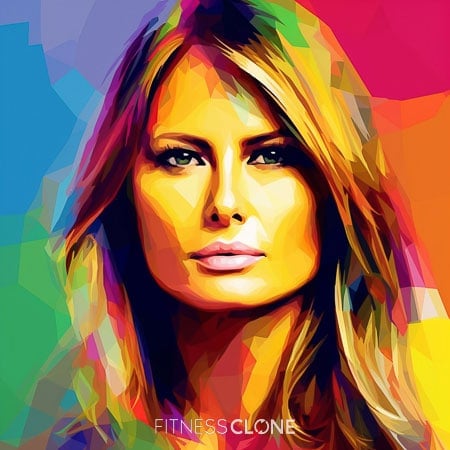 Melania Knauss Trump is originally from Slovenia. Her mother was a pattern maker and Melania took part in fashion shows at the factory where her mother worked starting when she was just 5 years old. When Melania was 18, she signed with a modeling agency in Milan, Italy and worked in there and in Paris before moving the US. She became an American citizen in 2001 and married Donald Trump in 2005. They have one son together, Barron. Melania Trump is only the 2nd First Lady in American history to be born outside the United States. She has millions of followers on social media. Melania is 5 feet 11 inches tall and weighs 137 lbs.

Melania Trump is notoriously coy about her personal life, but she does say she strives to eat plenty of fruit and vegetables every day. She avoids rich, fatty foods. She says she’s never been into fad diets and has always eaten wholesome foods found in nature. She also takes vitamin supplements and drinks plenty of water.

Melania Trump will often have a vitamin-packed smoothie for breakfast that includes carrots, spinach and blueberries. Her alternative breakfast choice is some equally healthy oatmeal.

Melania Trump says she strives to eat 7 pieces of fruit each day for their healthful vitamins and minerals (and presumably their taste.)

Although she puts a heavy emphasis on fruit, Melania is not a fan of eating odd food combinations or going to extremes with diet. She just likes to eat whole, natural, healthful foods.

Melania is not your typical model who starves herself. She says it’s all about not overdoing it, and eating treats in moderation.

While Melania makes a point to eat clean, she allows herself the occasional indulgence in the form of ice cream, chocolate, or maybe a Diet Coke. She’s also a fan of chicken parmigiana.

Melania Trump On Her Eating Style

It’s not a diet, I just like to eat healthy because I feel better and have more energy.

If I would snack, I would snack on maybe fruit or a little bit of chocolate, because I think your body needs that too.

It’s good to indulge cravings and your tastes once in a while…as long as you balance those things with healthy foods.

Melania Trump says she wears ankle weights while she walks around the house, an easy way to add weight resistance without much effort.

Melania Trump credits Pilates for helping her to get back in shape after giving birth. She’ll do a Pilates routine 2-3 times a week. She likes Pilates because she can do it anywhere, which comes in handy with her busy schedule.

No celebrity trainers or fancy equipment needed for another of Melania Trump’s favorites: tennis. While there isn’t a tennis court at the White House, they do have access to one (5, actually) at their winter home, Mar-a-Lago. Melania can also head to Trump National Golf Club in Bedminster, New Jersey for a quick hit on the weekend.

Lying on back, legs raised and knees bent (beginner), straight up (intermediate) or straight and lowered at an angle (advanced), pump arms besides the body for 100 breaths, inhaling for 5 quick breaths, followed by exhaling a quick 5.

Lie flat on back, legs out straight, arms overhead, pointing at the wall behind you. The low back should be as flat on the mat as possible. Inhale as you raise your arms up. When your arms reach your ears, tuck the chin into the chest, gaze focused on the bellybutton. Exhale, contract the abs and reach for your toes. Inhale, head still tucked, arms and legs straight, and roll back toward the floor. When you are about halfway, exhale and return to the starting position. This is a controlled move. Try to do this exercise to a count of 8 up, and then 8 back down. Start with 5 reps and work your way up to 10 or more. A single roll up is considered to be as effective as 6 sit-ups, and more likely to result in flat abs.

Lie on your back, low back flat on mat. Bring both knees toward your chest & put hands on shins. Lift head and tuck the chin into the chest. Extend 1 leg straight out at the lowest angle you can manage without the low back lifting off the floor. Alternate sides, doing 8-12 reps/side. You can increase the difficulty of this exercise by alternating the speed, doing 4 quick and then 2 slow.

A lot of people say I am using all the procedures for my face. I didn’t do anything.

Melania Trump On Her Age-defying Look

I live a healthy life. I take care of my skin and my body.

Melania Trump is a big fan of antioxidants like vitamin A which protects your eyesight, supports your immune system and can reduce your risk of certain cancers.

Vitamin E is another antioxidant that is good for your skin and hair, and also your eyes and heart. It can help regulate cholesterol levels and keep hormones in balance.

Vitamin C is probably the most famous antioxidant. It reduces inflammation which can help prevent chronic diseases, including high blood pressure, heart disease and gout. It also helps with iron absorption.

Melania credits getting enough sleep for her youthful glow.

‘Muse’ is the code name given to Melania by the Secret Service. Donald Trump’s alias is ‘Mogul,’ and by tradition, their names share the same first letter.

Melania Trump has served as Goodwill Ambassador for the American Red Cross. She is also a member of the Police Athletic League.

Just Say No to Botox

Melania says she would never get Botox, and denies she has had cosmetic surgery. She says vitamins, removing her makeup before bed and using moisturizer along with sleep are her age-defying secrets.

Although Melania Trump is the first naturalized citizen to become First Lady, she is not the tallest. Michelle Obama and Eleanor Roosevelt also come in at 5’ 11”.

Your word is your bond, and you do what you say and keep your promise.

Our culture has gotten too mean and too rough…It is never okay when a 12-year-old girl or boy is mocked, bullied or attacked.

You have to find a better way to talk to each other, to disagree with each other, to respect each other. We must find better ways to honor and support the basic goodness of our children, especially in social media. 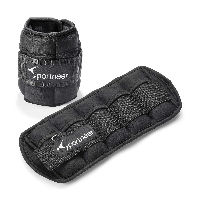 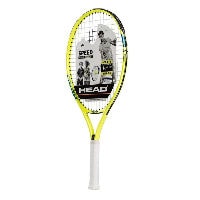 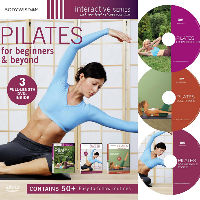 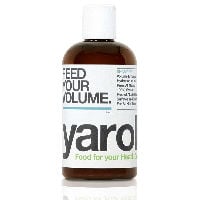 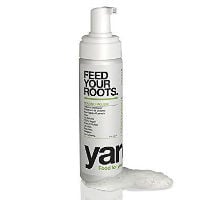 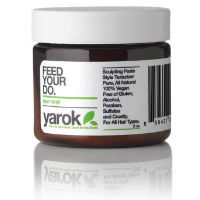 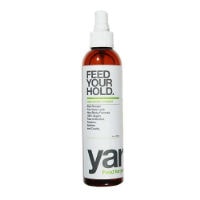 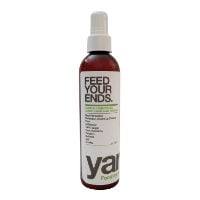