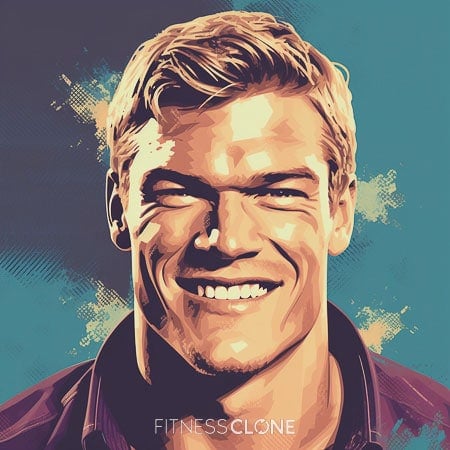 Alan Ritchson moved around a lot as a kid. He was born in North Dakota then moved to Illinois before settling in Florida at the age of 10. Ritchson was a member of two school singing groups and received a music scholarship to attend college. His first TV appearance was in 2004 on American Idol, and he released an independent album in 2006 called This Is Next Time. Ritchson found a small recurring role as Aquaman in Smallville and also appeared in CSI: Miami and 90210 among other shows. In 2010, he landed the lead in Blue Mountain State, and in 2017 he played the lead in Blood Drive. He has also a recurring role in Titans. Ritchson has also appeared on the big screen in films including The Hunger Games: Catching Fire and the Teenage Mutant Ninja Turtles reboot. Ritchson was once a model for brands such as Abercrombie and Fitch, but he gave it up in 2009. Ritchson was the character model for the video game Beowulf. He has been married to his wife Catherine since 2006 and they have 3 sons. Ritchson has hundreds of thousands of followers on social media. He is 6 feet 2 inches tall and weighs about 200 lbs.

Ritchson pays close attention to his diet. He fills up on fish and veggies and avoids dairy products, refined sugar, and red meat. He follows the 80/20 rule, meaning he eats clean 80% of the time and allows himself to indulge 20% of the time. He avoids alcohol and drugs and believes clean eating and exercise are key to overall fitness, including mental health.

Ritchson sticks to healthy options like fish and vegetables for most of the week, but he doesn’t push his will power too far. The 80/20 rule is popular with many celebrities, including Jillian Michaels, Tom Brady and Miranda Kerr.

After watching the documentary film Forks Over Knives, Ritchson resolved to stop eating meat entirely, but it didn’t last. He says that within days, he was having meat-filled dreams.

By the Rule Book

Ritchson’s first alcoholic beverage was a glass of wine drunk with his parents on his 21st birthday.

Because Ritchson eats clean, wholesome foods most of the time, he doesn’t feel bad about the occasional slice of pizza.

‘I give myself permission 20% of the time to eat whatever I want.’

‘I’ll have a piece of pizza and I don’t beat myself up about it.’

Ritchson’s Reaction to Forks Over Knives

Ritchson on his Meatless Diet

‘I was dreaming about ribs and burgers, and I’d wake up pissed off that I couldn’t have them.’

Stick With What Works

Ritchson was a skinny kid in high school, so he started doing bodyweight exercises including push-ups, pull-ups, sit-ups and dips to build muscle. Other than adding running, his routine hasn’t changed much since then.

One of Ritchson’s early routines was to do 1 rep of each exercise, then 2, etc., all the way up to 25 of each, then reverse back down to 1.

Ritchson belongs to a gym which he chose based on its awesome pull-up bar, but his preference is to exercise outside.

For The Hunger Games, Ritchson worked with trainer Danny Hernandez on daggers. Then Hernandez turned up again as his Ninja Turtle trainer on scythe.

Ritchson lives in the Hollywood hills and loves to run them to add variety to his workout.

Ritchson’s goal is to have the svelte body of a swimmer. In addition to long runs, he does sprints and his old standbys: pull-ups, dips, sit-ups and burpees.

Ritchson says one of his favorite things is learning new action skills. He spent 4 months training with a dagger, despite having very little on-screen time. He has also done MMA, jiu-jitsu, and wields a mean scythe.

Ritchson on Starting Out Skinny

‘I was doing whatever I could to fill out and catch up to everybody else.’

Ritchson on his Body Type

‘My genetics lend themselves to size, so if I wanted to get enormous, I could.’

‘If I started working out with weights or bench-pressing at the gym, I would look like an ogre.’

Ritchson on his Preferred Way to Exercise

‘It takes a lot of work, but, I mean, who gets to learn new crafts like that?’

Alan Ritchson doesn’t talk much about supplements, but the following would be beneficial for those trying to achieve a physique like Ritchson.

Protein is essential for building muscle. A protein shake can help you get all of the protein you need in your daily diet.
Get it here

Two more go-tos for those looking to build muscle are BCAAs and creatine, both of which increase gains, improve endurance and speed recovery.

Because he eats a somewhat limited diet, a multivitamin is always a good idea to be sure you’re getting all of the essential micronutrients while probiotics help ensure you’re absorbing the nutrients you consume.

Ritchson likes to exercise outdoors and may get enough of the ‘sunshine vitamin’ that way, but the vast majority of people do not get sufficient vitamin D so supplementing is a wise idea. Vitamin D helps grow and repair muscle growth and also supports the production of testosterone.

Ritchson eats a decent amount of fish, but for those who don’t, a supplement of omega-3s is a good idea to reduce inflammation throughout the body, and support a healthy brain and heart.

Ritchson has struggled to maintain his mental health and calls getting everything you want ‘a special kind of hell.’ He advocates healthy habits like eating well, exercise and not drinking or doing drugs, and meditation to help make yourself aware of your higher self.

Ritchson says he was more into baseball cards than comic books as a kid. But he has gone on to play a lot of comic book roles including Aquaman, Raphael in Teenage Mutant Ninja Turtles and Hawk on Titans.

Ritchson says the Hawk suit is extremely uncomfortable to wear and difficult to move in, and that at the end of the day, his chest is often bleeding. The cape alone weighs about 30 lbs. He has a crew of 4 to help him get into it.

Ritchson is one of three boys, and he himself has 3 sons: Calem, Edan and Amory.

Crank Up the Creativity

Ritchson says he mostly comes up with his songs when he’s driving.

While he’s still willing to act and cultivates a certain look that allows him to play a variety of roles, Ritchson has set his sites on directing. He says he also wouldn’t mind taking on the role of a piano-playing librarian.

‘I didn’t really grow up a comic book fanatic.’

Ritchson on the Secret to a Superhero Physique

‘With a thick enough wetsuit, I think anyone can look like a superhero.’

Ritchson on his Hawk Costume

‘It’s just not the most comfortable thing.’

Ritchson on Learning on the Job

‘Any time you have an opportunity as an actor to really grow along with your character, I think that’s a real gift.’

Ritchson on the Many Facets of Health

‘The outside of the body is just one of several mirrors our inner life has to rely on. Hard to have a healthy body without a healthy mind.’ 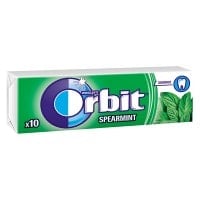 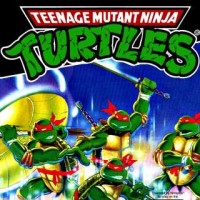 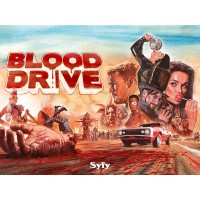 Blood Drive
GET IT HERE 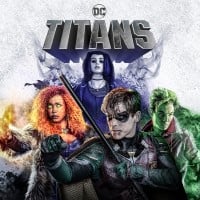 Titans
GET IT HERE 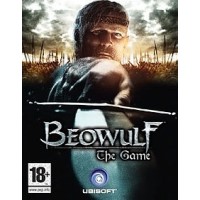 Beowulf: The Game for Xbox
GET IT HERE