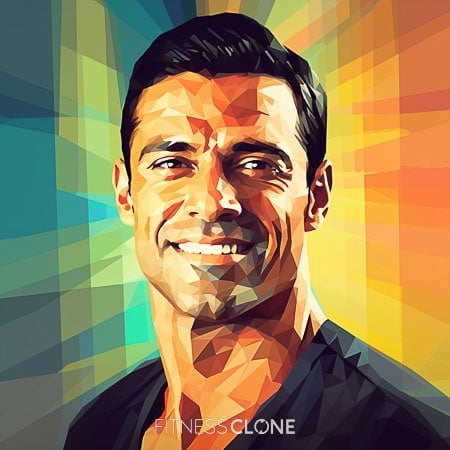 Mark Consuelos was born in Spain but gr    ew up in Illinois and Florida. He attended the University of South Florida and graduated with a degree in marketing in 1994. Shortly thereafter, Consuelos landed a role on the daytime soap opera All My Children, where he met his wife, Kelly Ripa. He stayed on All My Children until 2010, but has also played in other shows and movies at the same time, including My Super Ex-Girlfriend, Hope & Faith and American Horror. He has co-hosted his wife’s talk show Live! and currently plays in the tv show Riverdale. Consuelos and Ripa have 3 children together. Consuelos has millions of followers on social media. He is 5 feet 7 inches tall and weighs about 160 lbs.

Consuelos follows the keto diet which is a high fat, low carb, medium protein diet. Many celebrities are a fan of keto, including LeBron James, Halle Berry, Tim Tebow and the Kardashians. The goal of keto is burn fat rather than carbs. While fat is the main nutrient, it should be from healthy sources, including avocados, olive oil, nuts, seeds, and meat. Meat should be eaten in moderation, and fattier cuts like steak and salmon are preferred. To maintain ketosis, carbs should come primarily from vegetables, and low-carb veggies like broccoli and spinach are preferred. Fruit is generally considered to be too high in carbs, although a moderate amount of berries is usually okay. Water is essential with the keto diet as you will retain less with eating fewer carbs. Some people do carb cycling, also called refeeding, in which they have days in which they consume higher amounts of carbs. Conseulos’ wife says she could never be as disciplined as her husband, but even though he is pushing 50, he is clearly making it work.

The body has 2 potential energy sources: glucose (sugar) and ketones (fat). Switching over to burning fat can result in rapid weight loss, and looking ripped, like Consuelos.

Fat Is Not Bad

Fat gets a bad rap but undeservedly. That said, the fats you eat should be healthful and from natural sources like avocados and meat, not junky fried fast food or hydrogenated oils.

Go Slow on the Protein

The keto diet is not a high protein diet, as excess protein can be turned into glucose by the body, potentially throwing you out of ketosis.

Getting into ketosis takes at least a few days, and may take longer depending on how many carbs you eat. It is recommended that you keep carbs below 50 g every day, and below 20 g if you’re just starting out. Some people experience unpleasant flu-like symptoms as they make the switch from burning sugar to burning fat, but drinking water and supplementing with electrolytes can help.

A low carb diet will cause your body to retain less water. This is good for weight loss, but not good if it dehydrates you. Be sure to drink plenty of water on the keto diet.

Depending on what kind of keto you choose to do, higher carb days are allowed with the keto diet, and no doubt Consuelos indulges occasionally.

Consuelos on Eating Together as a Family

‘We have dinner every single night, Monday through Friday, with our children…It’s time to check in, just to be around each other.’

‘My husband has gone full keto, which I don’t mind telling you is something I could never do. I just don’t have that level of discipline.’

‘Mark says I’m “carb-o” because I always eat his bun if he gets a burger. And the fries.’

Consuelos has always maintained his physique, but since joining the cast of Riverdale, he has stepped things up a notch, probably due to all those shirtless scenes.

Consuelos has a busy schedule, but still makes time every day to work out. Sometimes he can only squeeze in small segments of time, making high-intensity interval training (HIIT) key.

Consuelos works out at the gym, but he also enjoys being active with his family, such as skiing and snowshoeing.

Consuelos works out twice a day with cardio in the AM and strength training workouts in the afternoon.

Consuelos’ trainer generally has him do high-intensity exercises like treadmill sprints.

In the afternoon, Consuelos will do bodyweight workouts like pull-ups, push-ups and 10-15 minutes of abs.

‘We try to keep it pretty active as a family. We try to do something physical each day.’

‘You’re out in nature and it’s beautiful and it’s just a great workout.’

‘A lot of people make the excuse that they don’t have enough time in the day to work out.’

Consuelos’ Trainer on How to Find The Time to Workout

‘Every one of them works extremely hard.’

Consuelos is keeping any supplements he might take close to his 6-pack, but the following are supplements that may benefit people who follow a similar diet and workout routine as Mark Consuelos.

People who follow the keto diet should consider supplementing with certain nutrients, such as MCT oil. Medium-chain triglycerides are a type of fat that is quickly broken down to be used as fuel by the body and help you stay in ketosis.

Omega-3s found in fish and krill oil are another good option. Omega-3s combat inflammation and help regulate insulin levels and other risk factors of heart disease. 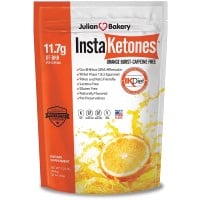 Exogenous ketones are also popular with keto dieters to help stay in ketosis, suppress appetite, and also boost performance at the gym and speed recovery.

It’s important to get your greens on the keto diet, but if you’re falling short, a greens supplement is a good idea to make sure you’re getting those powerful plant compounds we all need to be healthy.

Electrolytes including sodium, potassium and magnesium can sometimes get out of whack at the beginning of the keto diet as your body gets used to taking in fewer carbs. This sometimes leads to fatigue, muscle cramps, headaches and irritability, and is the number one reason people drop out. Supplementing can help alleviate these symptoms.

Digesting fat can be difficult for some, and so digestive enzymes are another supplement to consider.

Consuelos’ mother is Italian and his father is Mexican. Consuelos says he sometimes struggled to be cast because he wasn’t ‘Mexican enough’ or ‘Italian enough.’ He says Hollywood’s acceptance of different looks has definitely improved over time.

Consuelos and Ripa secretly eloped in Las Vegas in 1996 and are one of Hollywood’s longest-lasting couples. Maybe tying the knot in Vegas doesn’t deserve its bad rap.

Consuelos and Ripa lived for many years in the SoHo section of Manhattan. They sold that townhouse in 2015 for $20 million and moved up to a $27 million townhouse on E 76th St. It was the most expensive townhouse sale in New York City that year.

Consuelos’ eldest son Michael has appeared on Riverdale as a younger version of his dad’s character.

Consuelos on his Wife, Kelly Ripa

‘My first impression…was, she was obviously extremely beautiful, but she was really funny, really intelligent, really quick. I realized that if I was ever to get into an argument with her, I would lose every single time.’

Consuelos on His Fear of Small Spaces

‘I can’t go into haunted houses. They have these tight, dark, enclosed spaces. I freak out.’

Consuelos on Being Overshadowed by his Wife

‘Sometimes we’re at hotels and…they’ll say, “Mr Ripa, your breakfast is coming upstairs.” And I’m like, is my father-in-law here? But obviously I’m proud either way, Ripa or Consuelos.’ 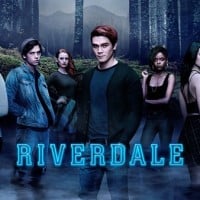 Riverdale
GET IT HERE 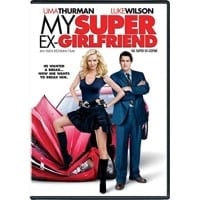 My Super Ex-Girlfriend
GET IT HERE 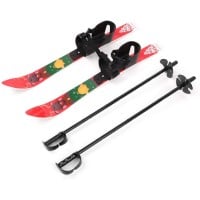 Skis
GET IT HERE 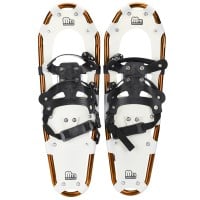 Snowshoes
GET IT HERE