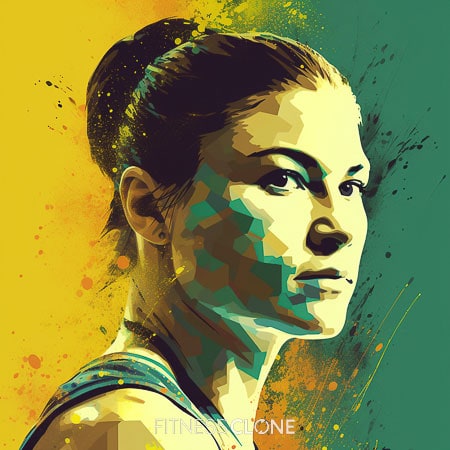 Katie Taylor is from Ireland. A natural athlete, she played Gaelic football and boxed as a girl. Taylor was 12 when she entered and won her first amateur boxing match. She has gone on to win 5 consecutive gold medals at the Women’s World Championships, 6 golds at the European Championships, 5 at the EU Championships, and gold at the 2012 Olympics. Taylor enrolled in college, but did not complete her degree, preferring to concentrate on her career. After going pro in 2016, she earned titles in 2 weight classes and is the WBA champ since 2017 and the IBF champ since 2018, and is 1 of only 8 boxers, male or female, to simultaneously hold 4 major world titles. Taylor is an ambassador for the Children’s Health Foundation and also works with the Make-A-Wish Foundation. She has a clothing line called KT Apparel and endorsement deals with Honda and Windsor Motor Group. Taylor has hundreds of thousands of followers on social media. She is 5 feet, 5 inches tall and weighs about 1 lbs.

Taylor takes a disciplined approach to diet. Regular meal times and clean eating are a habit for her. While she has to cut to make weight, she says she generally doesn’t have to struggle too hard. While at training camp, she sticks with the classics like oatmeal, chicken, salmon, and veggies. She drinks plenty of water every day for hydration.

While at training camp, Taylor usually has oatmeal and berries for breakfast with a touch of honey.

Between sessions, Taylor keeps her energy up by having carbs and protein.

When cutting for a match, Taylor may only have protein and veg for dinner, and skip the carbs.

Taylor on her Diet

In between sessions, it’s important to get some carbs and some protein.

Taylor on her Favorite Proteins

I love a bit of salmon. A bit of chicken is good as well.

The last couple of pounds is always hard.

Taylor was an athlete from day 1. She played Gaelic football and boxed since she was a kid.

Taylor says her training regimen is ‘nothing fancy.’ She does basic moves that are oldies but goodies and give results.

Taylor loves to mix things up at the gym, and says it’s the key to maintaining her position as champ.

Taylor hits the gym most days, but she does different workouts to keep things fresh and keep herself sharp. She starts off her day with either running or strength, and then comes back in the afternoon for a boxing workout.

Taylor does 2-3 sparring sessions each week and, depending on how close she is to a match, may go up to 12 rounds.

Taylor is always up for sparring, and her other love is pad work because her favorite thing is punching and trying out different combinations.

To build and maintain strength, Taylor performs a lot of standard boxer workouts, bodyweight exercises, and other things, like slamming a truck tire with a sledgehammer.

Taylor on the Benefits of Training

You always learn in the gym, and it’s a great feeling when you are feeling sharp.

Taylor on her Sparring Schedule

We spar 2-3 times a week coming up to a fight…We could do up to 6-12 rounds…it depends on where we’re at, coming closer to the fight.

I absolutely hate running sessions, but it’s part and parcel, and those are the sessions that make the difference.

You have to put absolutely everything into your craft.

There are days when you’re not going to be in the mood for training, but they are the days which are most important.

Taylor on her Fitness Goal

Taylor is keeping mum about any supplements she might be taking, so below are options that can benefit anyone following a similar diet plan.

A pre workout can help you focus and endure through strenuous workouts, and caffeine-free versions exist, such as those made from beet root.
See Best Picks

A multivitamin is never a bad idea to get all the essentials in.
See Best Picks

A greens supplement is another smart pick to get your phytonutrients.
See Best Picks

Creatine is another top pick among athletes for its many benefits, like increasing muscle mass, power, and strength.
See Best Picks

If you need to cut weight, a fat burner can help.
See Best Picks

Taylor’s parents both actively promoted her ascent in boxing: her father is a former senior champion boxer who became Katie’s coach, and her mother was an early female boxing referee and judge in Ireland. Her brother also studied boxing under their father’s coaching.

Female boxers were almost unheard of in Ireland when Taylor was starting out, and she says she had to pretend to be a boy in order to be allowed to compete. Taylor’s match in 2001 when she was 15 was the first sanctioned female boxing match in Ireland. Today there are over 11,000 Irish girls participating in boxing.

One of the few professional Irish female boxers to precede Taylor was Deirdre Gogarty. No surprise she was one of Taylor’s early inspirations. One of her favorite Christmas gifts was a DVD of Sugar Ray Leonard’s fights.

Taylor has a shelf overflowing with awards and belts, but one of her favorites is her Olympic gold medal where she also acted as flag bearer for Ireland.

While other kids hang up posters of pop stars in their bedroom, Taylor had Mohammed Ali watching over her. Her idea of imaginative play was to imitate Rocky while playing with her brothers.

Taylor isn’t a big talker. Sports allow her to express herself and channel her energy.

For the 2016 Olympics, Taylor was favored to win, but just before the games her parents split up and she lost her focus. She only made it to the quarterfinals.

Taylor has the habit of reciting Psalm 18 before every one of her matches to help her relax and focus.

The minute I started boxing, it just really took hold of my heart.

Taylor on Growing Up

When I was maybe 6 or 7 years of age, me and my brothers used to have the gloves on every weekend and just mess around in the kitchen.

Taylor on Breaking into a Male-Dominated Sport

I think I was the only female boxer in the country at the time, so I used to have to pretend I was a boy to get into these competitions.

Taylor on Revealing her Gender after a Match

When I took the headgear off at the end of the fight and everyone realized I was a girl, there was uproar.

Taylor on Competing in the First Female Boxing Match in Ireland

I just remember being so excited…I don’t think I realized how big it was.

Taylor on Winning Gold at the Olympics

It’s a childhood dream right there.

Taylor on her Parents’ Separation

Just to go through that was really difficult for me.

Taylor on Being a Role Model

To have a lot of girls looking up to you and to see so much talent going up is probably the most satisfying part of this journey. 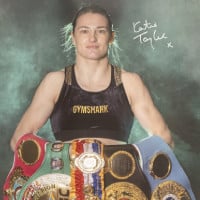 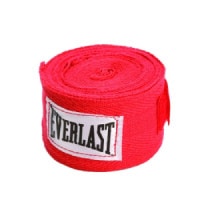 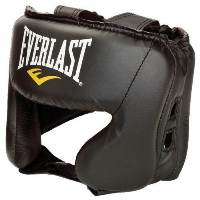 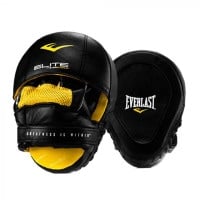 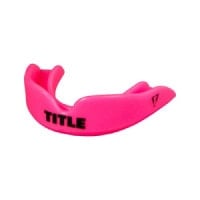 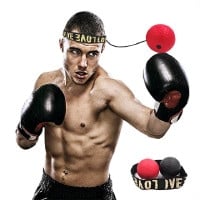