Jamie Foxx is the stage name of Eric Bishop. He was raised in Texas by his grandparents. Foxx had a strict Baptist upbringing, began playing piano at age 5 and was a part-time pianist and choir leader at his church. A natural jokester, he was also an excellent student, played football and basketball and sang in an R&B band. Foxx received a scholarship to attend the US International University for music. On a dare, he told jokes at an open mic night in 1989 and was well-received. He joined the cast of In Living Color in 1991, then landed a recurring role on Roc, before finally starring in a self-titled sitcom from 1996-2001. He received his Hollywood Walk of Fame star in 2007. Foxx collaborated with Kanye West in creating some songs that hit Billboard’s Hot 100 singles. In 2009, he earned a Grammy for Blame It. He also received much critical acclaim for his portrayal of Ray Charles in the film Ray including an Oscar, and has gone on to star in a wide range of films, from cartoons to action-adventure to rom-com. Foxx has millions of followers on social media. He has 2 daughters and was once engaged to actress Katie Holmes. He is 5 feet, 9 inches tall and weighs about 220 lbs.

Foxx loves to eat and often has 5 meals a day. He says it’s okay to eat so long as you’re picking the right things. For him, this means protein-packed foods like egg whites, poultry, and fish. He shaved 20+ lbs. off his frame for Sleepless by eating clean and sticking with the usual suspects of egg whites, chicken and veggies. Then he had to bulk up to play Mike Tyson, still eating plenty of protein and other clean foods, and hoping the magic of the silver screen would fill in the rest.

Foxx doesn’t believe in starving himself, and is always up for eating. However, he makes sure it’s clean and healthy, such as egg whites and chicken breast.

Foxx has lost and gained some 75 lbs. for various roles. He dropped about 20 lbs. for Sleepless, and attempted to pack on at least 15 lbs. onto his usual 215 lbs. to play Mike Tyson.

Foxx says people were shy about telling him he was getting a little paunchy, and says he’d really rather hear it than pretend otherwise.

Foxx on Losing Weight for Sleepless

Foxx on his Sleepless Diet

‘I ate chicken, fish and vegetables. Within 2 weeks, I lost 8 pounds.’

Foxx on Bulking Up to Play Tyson

Foxx is a talented and versatile actor, in no small part because he is able to transform his body to fit any character.

For maximum efficiency, Foxx’s workout moves fast, allowing him to hit multiple muscle groups, burn fat and zero in on flexibility, definition, or whatever else he needs to improve.

To prep for Tyson, Foxx started with pull-ups, dips, and push-ups, and just those 3 simple exercises were enough to kick-start a ripped physique.

Go to Your Happy Place

Foxx says a gym right near where he lives called the Sports Academy is his favorite place to go. It helps him de-stress and stay fit.

One of Foxx’s standard warm-ups is to use resistance bands with standard moves like squats, lunges and bridges.

Foxx’s advice for anyone who can’t afford a gym is to get a pull-up bar. He says you can use just about anywhere and you’ll feel it all over.

Play basketball. Do anything that gets you moving.

‘Going there is a great way to decompress and get in a workout.

I’m 50 years old; they got me touching the basketball rim…I bring the whole family there and we can all enjoy it.’

Foxx on his Go-to Piece of Equipment

‘One of the most effective things for me is working out with bands.’

‘Seriously, you get that pull-up bar working for you, it improves everything.’

Foxx isn’t dishing about any supplements he might have taken for his various roles, so below are supplements that can benefit anyone following a similar diet.

To bulk up, protein is a good bet, as are BCAAs and creatine which, besides building and maintaining muscle mass, also improve gym performance and help with re-covery.

Also important to reduce inflammation, for recovery and a posi-tive mental outlook are omega-3s.

Zinc is another essential nutrient for good health and strong im-munity, and many people run low in it.

Deficiencies in vitamin D and magnesium have been linked to lower levels of testosterone, something men over 50 want to watch out for.

Foxx picked his stage name in tribute to comedian Red Foxx. After noticing that female comedians often got picked first to perform, he chose ‘Jamie’ as gender-ambiguous because he thought it would give him a shot at being called earlier in the rounds.

Foxx was thrilled to finally get the Mike Tyson biopic underway, but says the hardest part was transforming his body to look like Tyson’s. He found his skinny legs to be a particular challenge.

Foxx is one of five entertainers who have earned Oscars and #1 hit Billboard songs. The other four are: Bing Crosby, Frank Sinatra, Barbara Streisand, and Cher.

For Ray, Foxx wore prosthetic eyelids that made him blind, which led to panic attacks during the first weeks of filming.

All a Big Joke

Foxx didn’t take his Oscar nomination for Ray seriously. He went drunk to the Golden Globes and shouted repeatedly on the red carpet about all the awards he was up for. His behavior improved after a sit-down with Oprah and Sidney Poitier, the first black man to win an Oscar.

‘I went to college on a classical piano scholarship. My grandmother made me practice 1 full hour a day. I thought all she wanted was for me not to have any fun. Next thing you know, you have a career in music. Now, not everybody’s going to go on and be Mozart or Michael Jackson. But music makes you smarter.’

Foxx on the Arts

‘That’s what’s great about the arts. Everything inspires you, and you get a chance to grow from watching other people and how they do their work.’

Foxx on his Destiny

‘When I was growing up in Terrell, Texas, I felt that it was not where I was supposed to be. I knew that I was meant for a different destination.’

Foxx on his Physique For Playing Mike Tyson

‘I ain’t got no legs! I ain’t go no calves, so we’re going to have to get some prosthetics for that. We’re going to be shooting the top half.’

Foxx on his Animal Spirit

‘Perfect happiness. Man, that’s…the pool is about 92 degrees, the Jacuzzi is about 102, and an avocado farm.’ 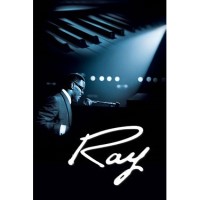 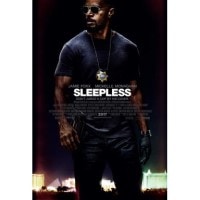 Sleepless
GET IT HERE 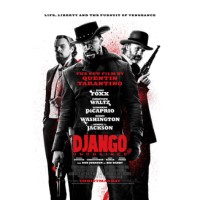 Django Unchained
GET IT HERE 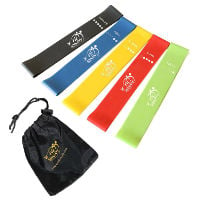 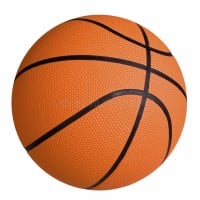 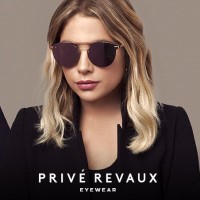 Privé Revaux eyewear
GET IT HERE