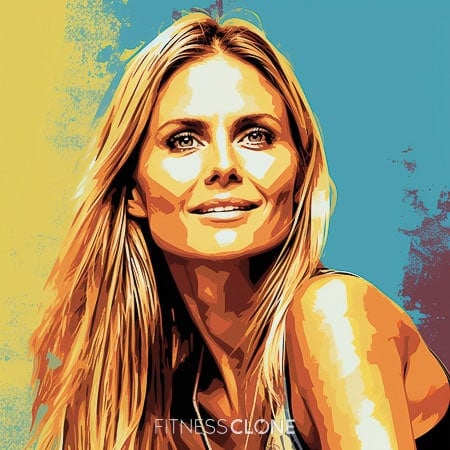 Born in Germany, Heidi Klum’s modeling career began after she won a contest against 25,000 other contestants. She was the first German to become a Victoria’s Secret angel, and she also won the much-coveted honor of appearing on the cover of the Sports Illustrated swimsuit issue in 1998. She has appeared on the covers of fashion magazines around the world, including Vogue,Elle and Marie Claire. Klum has also appeared on Forbes’ list of Top-Earning Models many times, but she does a lot besides model. Starting in the early 2000s, she started acting and appeared on both tv and film before becoming a host for reality series including Project Runway,Germany’s Next Topmodel and America’s Got Talent. She has been nominated for many awards and won an Emmy for her role as host on Project Runway. Klum has also come out with her own lines of jewelry, lingerie and shoes. She launched a fashion line with New Balance and Amazon, and has also been a spokesmodel for various products including Jordache, Dannon and H&M, and appeared in commercials for McDonald’s and Volkswagen. She is 5 feet 9 inches tall and weighs about 132 lbs.

Unlike a lot of models, Klum eats regular food and doesn’t starve herself. Despite the commercials she’s done for less healthy enterprises, she eats very clean and prefers to cook for herself so she knows what’s in her food. When she is on set, she says there’s tons of temptation in the form of refined carbs, but she mostly steers clear and sticks to the wholesome stuff: lots of fresh fruit and vegetables and lean protein. She starts each day with a fruit and vegetable smoothie, eats regular meals, and usually has dinner around 6. Klum avoids eating late in the evening because she says that the habit causes food to just lie in your stomach overnight, which she considers unhealthy.

Klum starts her day with a smoothie that contains fruit, veg, whey protein, chia seeds, maca and aÃ§ai. The habit started out with as a New Year’s resolution and it stuck. She pre-cuts the produce so that it’s ready to go when she gets up at 6 am.

Klum sticks to whole foods such as vegetables, fruit, fish and chicken. She says while the bread and pasta tempt her, she makes the choice to not eat them.

Klum makes a pot of soup once a week with her kids for multiple reasons: so that they have something healthy to eat, to involve them in the preparation process and also to know what they are eating.

Klum will have dessert after dinner — in the form of fruit, yogurt or dark chocolate, or sometimes sorbet.

Revel In Your Cheat

Klum says that if she wants something, be it a cheeseburger or truffle pizza, she’ll have it, and not feel guilty.

Klum On Her Diet

‘I start with smoothies and…I do 3 big meals.’

Klum On How Diet, Take II

‘I just eat really healthily. I like to run on the treadmill a little bit, but really, it’s all from the inside out…You are what you eat.’

Klum On An Early Dinner

‘I think when you eat a little on the earlier side, it has time to digest and I think it is a little better for your body.’

Klum On Denying Herself

‘I’m not a fan of deprivation.’

Klum worked with celebrity trainer David Kirsch for many years and he helped her get back in shape after each of her 4 pregnancies. She was back on the Victoria’s Secret runway just 2 months after giving birth.

Klum makes good decisions regarding exercise and diet by telling herself she has to be bikini-ready every day.

Klum’s favorite routine is to run along the Westside Highway that borders the Hudson River in New York City. The views and regular runners inspire her — as does the Starbucks at the end.

With her busy schedule, Klum says it’s difficult to have any sort of set exercise routine, so she squeezes it in anywhere she can, from jumping on the trampoline to a few sit-ups in the hotel room to hiking with her dogs.

Get A Buddy & A Goal

Klum’s advice is to have a fitness pal that you are accountable too. Her other piece of advice is to set goals so you can see your progress.

Even back in the days when she worked with a trainer, Klum never liked to put in too much time at the gym, and would spend 45 minutes, tops.

Klum will run on her treadmill out of necessity, but she prefers to get her exercise in the great outdoors, whether it’s running solo or taking the dogs for a hike in the woods.

Pump Up the Volume

Who says great workouts only happen at the gym? Klum and her kids will crank up the tunes and dance around the living room. She says it’s important to set a good example by being active together.

Run: on treadmill or outdoors

Can also use a medicine ball to intensify core work.

Klum On How She Gets Herself To Work Out

Klum On Running On The Westside Highway

‘It’s a beautiful path, and you always feel surrounded by such an amazing community. You see the same people running every morning and they inspire me to keep going.’

Klum On A Slowing Metabolism Due To Age

‘I always thought, “That’s not going to happen to me.” But it is happening to me. If I indulge more, I have to exercise more.’

Klum On Loving Your Body

‘Embrace what you have and be proud of who you are, no matter what age.’

Another ingredient in Klum’s morning smoothie is aÃ§ai powder. AÃ§ai is high in antioxidants which reduce inflammation, and it is also believed to boost weight loss.

Another superfood energizer that goes into Klum’s smoothie is maca. The root is sometimes called ‘South American ginseng’ and it can reduce anxiety and symptoms of menopause.

Klum’s smoothie is a powerhouse of nutrition, not least of all from the chia seeds which are full of vitamins, minerals, fiber, healthy omega-3 fatty acids and quality protein. The antioxidants boost immunity and the combination of fiber and protein can help you lose weight.

Because Klum is up early, she is in bed by 9 pm. She says sleep is the secret to her sanity, and that she had to learn that the hard way.

Klum has been said to be ‘too heavy’ and to have ‘too big a bust’ for a runway model. That seems a-okay with Klum who has had no difficulty finding work elsewhere.

Klum has been married 3 times and has 4 kids. Her most recent husband is musician Tom Kaulitz.

Klum plays the villain Dr. Katya Nadanova in the video game James Bond 007: Everything or Nothing.

Klum has appeared in several music videos, including the song ‘Secret’ by her then-husband, Seal in which the couple getting intimate while nude in bed. Seal said the concept was Klum’s idea.

Klum On The Importance Of Surroundings

‘I think it’s important to get your surroundings as well as yourself into a positive state — meaning surround yourself with positive people, not the kind who are negative and jealous of everything you do.’

‘I believe that when you put a smile out there, you get a smile back.’

‘I’m not saying that everyone should swim with sharks, but sometimes you have to jump over your own shadow in order to learn something that you will never forget for the rest of your life.’

‘I will always love Victoria and never tell her secret. It’s been an absolute amazing time!’ 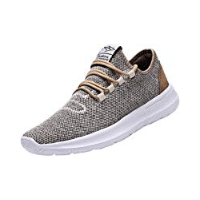 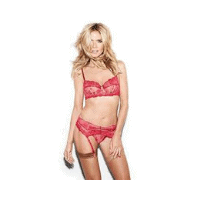 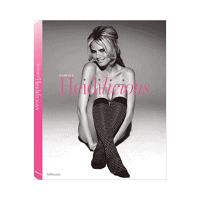