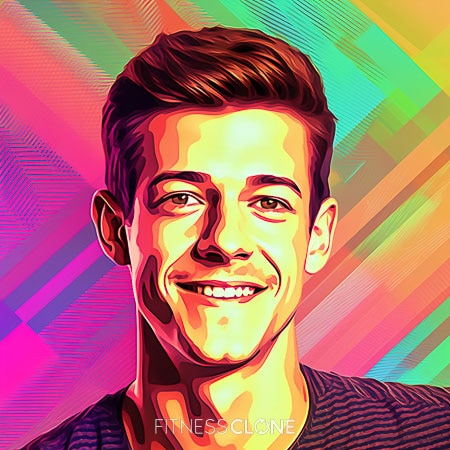 Thomas Grant Gustin grew up in Norfolk, Virginia. He did tap dance starting around age 8 and attended the Governor’s School for the Arts as a teen. He also enrolled in the Music Theater Program at Elon University for 2 years before dropping out to take a stage role. Gustin first appeared on screen in Rain while still in high school. He left college to appear in the play West Side Story. Gustin also acted in Glee and A Mother’s Nightmare, but is probably best known for playing the lead role in The Flash. He married Andrea Thoma in 2018 and their daughter was born in 2021. Gustin has millions of followers on social media. He is 6 feet, 2 inches tall and weighs around 165 lbs.

Gustin is naturally lean, and admits he doesn’t have to do much to maintain his physique, such as count calories. That didn’t stop online body shamers from going after him. Gustin has struggled with anxiety, which the personal attacks did not help. He has cleaned up his diet and makes an effort to eat real food. His hectic schedule makes coffee a must.

Gustin is one of the lucky few who are naturally slim without having to put much work in.

Gustin decided to combat his anxiety by cleaning up his diet. He eats whole, natural foods, and keeps the junk to a minimum.

Because Gustin does a lot of nighttime filming, he is a big fan of coffee.

‘I finally decided to break my cycle of not taking care of myself as well as I should.’

‘I’ve had anxiety and sometimes depression for as long as I can remember.’

Gustin on the Effect of Fame on Health

‘As I’ve been more of a “public figure” and had a busier schedule, my anxiety only got worse.’

When Gustin was 8, his mother signed him up for tap dancing, against his protestations. He ended up loving it.

It Takes All Types

Besides playing different roles, Gustin says his body type is also very different from co-star Stephen Amell’s, and that is yet another reason they do different workouts.

It Runs in the Fam

Gustin’s wife Dr. LA Thoma Gustin was once a division 1 soccer player and holds a Doctorate of Physical Therapy. She has a fitness channel on YouTube.

Just like his character, Gustin runs on the treadmill, and pays careful attention to his running form. He says he gets challenged to races by people he knows, such as friends and crew members. So far, he’s beaten them all.

Gustin has a track and field coach for The Flash. He does many of his stunts on a treadmill. He also works with celebrity trainer Alex Fine.

Gustin spent months working out to try to bulk up for playing The Flash, but luckily, the role calls for a lean character.

Gustin on his Physique

‘I’ve had 20+ years of kids and adults telling me or my parents that I’m too thin.’

‘I was about 8 when I started tap dancing — against my own will. My mom wanted me to do it. She thought I would love it, and I didn’t believe her. I turned out to be obsessed with it.’

‘I’m happy with my body and who I am, and other kids who are built like me and thinner than me should be able to feel the same way.’

Gustin on his Athleticism

‘I’m athletic but in a dancer way.’

Gustin on his Body

I’ve had my own journey of accepting it.’

Gustin hasn’t spilled on any supplements he may take. So, below are options that may benefit anyone following a similar diet plan.

Since Gustin is someone who suffers from anxiety and depression, herbs like ashwagandha and St John’s wort can help manage the symptoms.

Vitamin D is another essential that many people run low on.

Protein is also a good choice for those looking to bulk up, as well as a mass gainer. 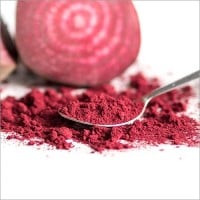 You can only use the nutrients you absorb, making probiotics a smart choice.

The Upside of Lockdowns

Gustin took advantage of the ‘alone time’ during the pandemic to focus on himself, and added meditation to his daily self-care routine.

Gustin keeps books handy to help take his mind off the intensity of what is often happening onscreen.

Gustin says it was a childhood dream of his to appear on Broadway, and while his career has taken a turn into film and TV, he still hangs onto the vision of winding up in front of the big city lights.

Gustin says if he had to swap costumes with another superhero, he’d go for Arsenal’s.

Serious Flash fans may or may not notice the rubber duck that almost always pops up at the police station since season 1.

Gustin and his wife are the proud parents of 3 fluffy pups plus baby girl Juniper Grace Louise.

Gustin on The Positives of The Pandemic Shutdown

‘Daily meditation, and just trying to be more present and happy with who I am.’

‘I needed a book to take my mind off things at times.’

Gustin on Making it to Broadway

‘I love music more than anything, [but] I don’t think I would want to go into a strictly music field.’

‘My Glee experience taught me, to a certain degree, not to listen too much to fan backlash.’ 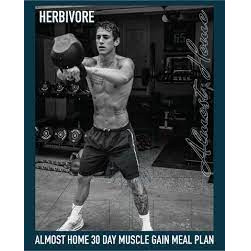 Almost Home fitness
GET IT HERE 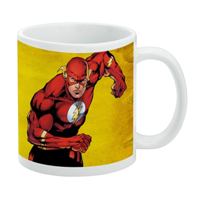 The Flash coffee mug
GET IT HERE