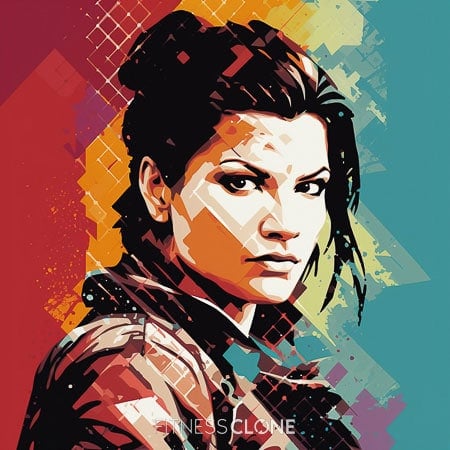 Gina Carano was born in Dallas, Texas. Her father is professional football player Glenn Carano. Always active, she played volleyball, softball, and led her high school basketball team to a state title. Carano holds a degree in psychology from the University of Nevada. A boyfriend got her interested in Muay Thai. Following her success with the sport, Canano was invited to compete in the first sanctioned female MMA match with World Extreme Fighting, which she won. She went on to fight for EliteXC and Strikeforce. Carano’s last fight was in 2009 with a career record in Muay Thai of 12-1-1 and an MMA record of 7-1-0. Her acting career began in 2005 with Ring Girls. She has also appeared on the reality series Fight Girls and American Gladiators. Carano earned critical praise for her role in Fast & Furious 6 and Haywire, and won a Chuck Norris Best Female Action Star award in 2012. More recently, Carano landed a role on Star Wars: The Mandalorian. She has millions of followers on social media. Carano is 5 feet, 8 inches tall and weighs about 145 lbs.

Like any athlete where weight matters, Carano must pay careful attention to her diet. That said, she has admitted to cutting loose, and paying for it by not being able to make weight at matches. She has tried many diets over the years, but what seems to work best for her is balanced eating with the occasional cheat. She eats clean most of the time, meaning lean protein, vegetables, complex carbs and healthy fats, but doesn’t beat herself up for the occasional indulgence.

When Carano first started training in Muay Thai, she weighed 175 lbs. She got it down to around 140 lbs., but missed making her weight 4 times in her fighting career. Even when stripped down to nothing but a carefully placed towel, she couldn’t make it and had to forfeit.

Carano has tried all sorts of diets, but she doesn’t like having too many rules about what she eats. She sticks to wholesome, nutrient-dense foods most of the time, and enjoys a bowl of pasta now and again.

Holidays Can Be Killer

Carano says she struggles most with her weight in the winter, between Thanksgiving and Christmas.

Carano on Her Physical Appearance

Carano on her Weight

‘I was a big girl. I think I carried it pretty well though.’

Carano on her Motivation to Lose Weight

‘I walked into the gym and this little Thai man walked up to me and said, “Oh, baby, you fat. You need to lose weight.” I was chubby. I really needed to get back into shape and I started training with him, the same guy that called me fat.’

‘Sometimes, you have to cheat and eat some pasta, you know?’

Carano on Being Too Strict About Diet

Only 4 months after Carano began training in Muay Thai, she started entering fights.

Carano says fighting reveals who you are as a person, and that a big component of fighting is mental.

Using electronic monitoring, Carano was once determined to have a punch power of 650 lbs. Her knees hit with 550 lbs. and her kicks have 800 lbs. of force. She landed all 8 blows in under 3 seconds.

To stay fighting-form ready, even when it’s for a film, Carano works out twice a day, every day.

Carano incorporates different techniques into her exercise routine, from Muay Thai to Jiu-Jitsu to weight training to running on the treadmill.

For Haywire, Carano did 4 hours of stunt training, gun training and Secret Service training each day, in addition to her usual workouts.

‘Its a very real interaction between 2 human beings. It’s like an energy that nobody else is going to share.’

‘I’m really proud of my sport…It changes people’s lives. It changed mine.’

Carano on her First MMA Fight

‘I did really well against her and nobody could believe it was my first fight.’

‘It was so much fun to wrestle people with no risk of getting knocked out or choked out.’

‘It wasn’t always easy to walk into gyms as a female…I was blessed enough to be that person to break down walls, and it wasn’t easy.’

Gina Carano hasn’t shared too much information about her supplement usage. Below are some supplements that may benefit people who follow a similar diet and exercise routine as Gina Carano.

Other supplements that are popular with serious athletes include whey protein to gain muscle and control appetite.

Omega-3s are another great choice for athletes as they combat inflammation and are also essential for proper heart and brain function.

Creatine boosts energy, endurance and power while glutamine is also great for stamina and muscle development.

Choked Up With Requests

After demonstrating a choke on the Sport Science show host John Brenkus, Carano got inundated with requests from fans to take a picture with her holding them in a rear naked choke hold.

Carano’s dad played for the Dallas Cowboys and her maternal grandfather was UNLV Athletics Hall of Famer Jack Cason.

Carano’s family is a major shareholder in the US’s largest casino operator, Caesar’s Entertainment. Her grandparents owned the Ferrari-Casano Winery.

Carano on Finding her Calling

‘We all have different places that we fit in life. I’m trying to find my fit. It seems to be physical violence.’

Carano on her Looks

‘My 2 sisters are so beautiful. I always felt like I was not the pretty one.’

Carano on Staying True to Herself

It’s a very big deal to me to remain the same person, because I know all of this is going to be gone one day and I’m just going to have myself.’

‘When you meet a guy, the question goes through your head whether you can beat him up or not, and I think that’s an instant attraction.’

Carano on using Looks to Advance a Fighting Career

‘I’m not afraid to take a nice, sexy photo…I’m not trying to run from being female. I think this world is moving past “sex sells”…I think we’re getting to the point where you have to look deeper into a person. Or maybe that’s just me hoping.’

‘I almost got my license suspended…I was going 126, but I’m a really good driver at 126…It’s not really reckless if you’re in control, right?’ 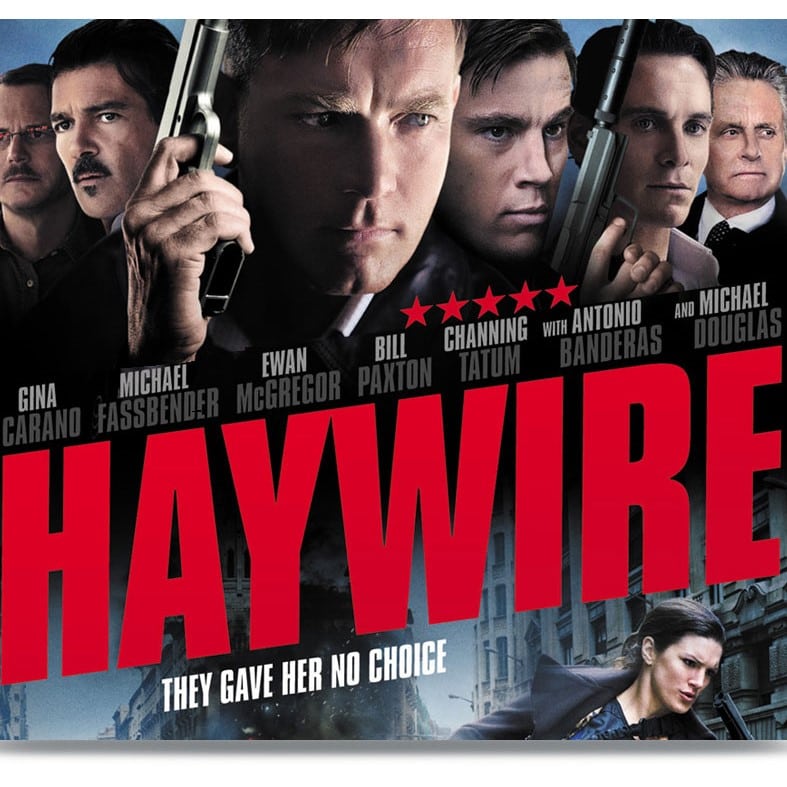 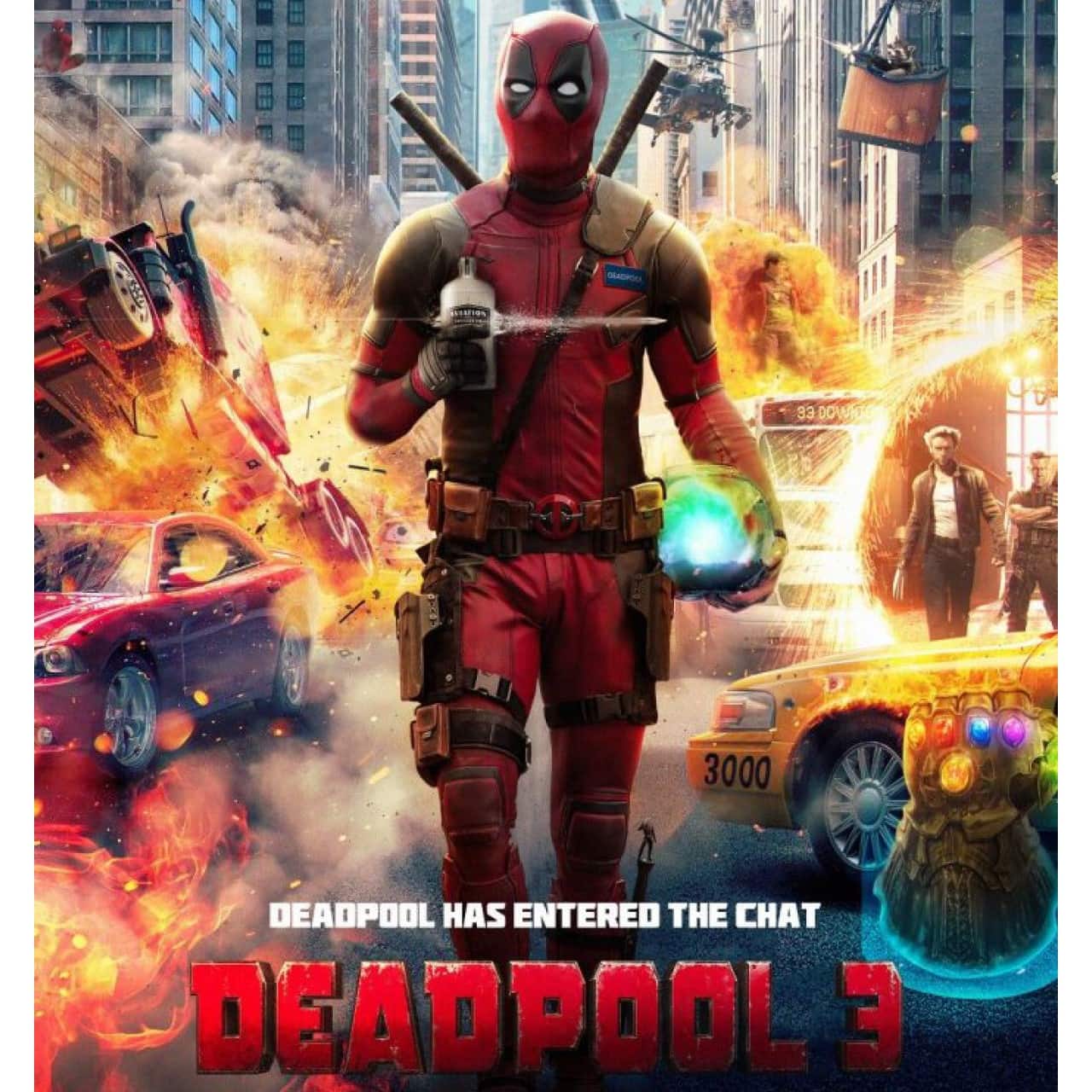 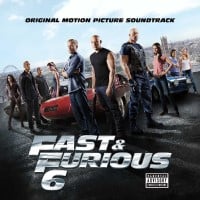