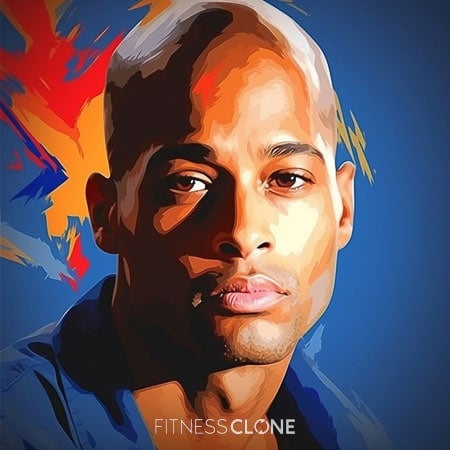 David Goggins is an ultramarathon runner, ultra-distance cyclist, triathlete, author and motivational speaker. He is the only person to have completed Navy SEAL training, Army Ranger School and Air Force Tactical Air Control Training. He served in Iraq and Afghanistan. Goggins did a massive amount of pull-ups to raise money for the Special Operations Warrior Foundation to honor friends who were killed in a helicopter crash in Afghanistan. He also holds the record for the most pull-ups in 24 hours (4,030 in 17 hours). Despite having a heart defect and asthma, Goggins has competed in more than 60 endurance races, including running 100 miles in under 19 hours with no prior training. He has written a self-help memoir entitled Can’t Hurt Me. Goggins lost over 100 pounds in 2 months in order to be able to try out for SEAL training. He is 6’1″ tall and weighs about 190 lbs.

Goggins follows a ketogenic diet and regularly does intermittent fasting. He says he eats a little more protein than is common on the keto diet due to his heavy training schedule. He will often not eat before 11 a.m. (he rises at 3). He skips lunch and runs instead, and eats dinner at 8:30 p.m.

Goggins says he often maintains a fast until 11 a.m. (he wakes at 3 a.m.) but if he does eat, he likes steel cut oatmeal with blueberries to start his day. He says it sits well in his stomach for his morning run.

Goggins runs during his lunch break.

After his 25 mile bike ride home from work, Goggins often has dinner around 8:30 p.m., and follows it up with a weight lifting routine he does with his wife at 10 p.m.

‘We’re either getting better, or we’re getting worse.’

‘Only you can master your mind, which is what it takes to live a bold life filled with accomplishments most people consider beyond their capability.’

‘Anyone…can sit down and think of 20 things in their life that could have gone differently. Where maybe they didn’t get a fair shake and where they took the path of least resistance…Those incidents can be used more efficiently as fuel to become better and grow stronger.’

‘Your entitled mind is dead weight. Cut it loose. Don’t focus on what you think you deserve. Take aim at what you are willing to earn!’

Goggins says he hates to work out, and particularly dislikes running, swimming and biking, but he does it all anyway, pretty much every day.

Goggins’ weightlifting routine takes about 90 minutes. He lifts after dinner, and goes to bed around midnight.

Goggins says core strength is the key to endurance and does a lot of core exercisese to improve his cardio.

Stretch to The Max

Goggins spends 2-3 hours stretching each morning. He says he’s only missed 2 days in the last 6 years.

Goggins does not regularly lift heavy weights, but does on occasion. He prefers to focus on lifting a few times a week.

Goggins practices his triathalon events virtually every day. He runs and bikes about 150 miles per week. No time for lazing off.

Goggins’ weight routine is about an hour and a half long. He does this late in the evening, with his wife.

Now retired from his Navy career, Goggins has even more time to work out and spends 2-3 hours per day stretching.

Goggins on Taking It Easy

‘You are in danger of living a life so comfortable and soft, that you will die without ever realizing your true potential.’

Goggins on the Quick Fix

‘Our culture has become hooked on the quick-fix, the life hack, efficiency…There’s no denying this attitude may get you some of the trappings of success, if you’re lucky, but it will not lead to a calloused mind or self-mastery.’

‘We didn’t care about muscle fatigue or breakdown because after a certain point, we were training our minds, not our bodies.’

Create Your Own Destiny

Goggins was an abused child on welfare and graduated high school overweight and with a 1.6 GPA.

Goggins continues to check in with himself in front of the mirror each day, and has post-it notes stuck around the edges to remind him of his goals and the steps it will take to accomplish them. The practice of listing small tasks and keeping them in plain sight can help motivate you to achieve.

Do Every Last Rep

Goggins says he once skipped his final rep and it haunted him. He knew that if he tried to cut corners, he’d never achieve his goals.

Goggins got real with himself by standing in front of the mirror and telling it straight.

Goggins didn’t just dream about being a SEAL, he visualized himself succeeding. Ditto for his races. He imagines exactly how he will feel and what he will be doing at every stage of the journey.

‘If you can get through to doing things you hate to do, on the other side is greatness.’

‘We all need small sparks, small accomplishments in our lives to fuel the big ones.’

‘Denial is the ultimate comfort zone.’ 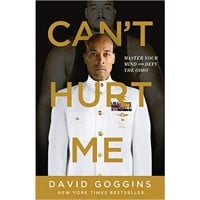 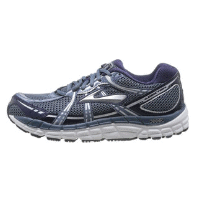 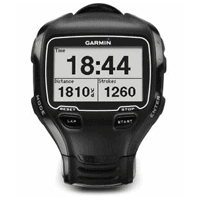