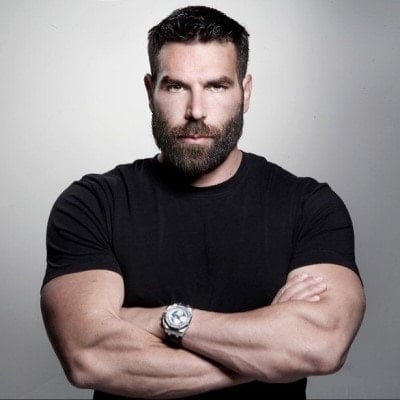 Dan Bilzerian was born in Tampa, Florida. Risk-taking runs in his blood. His father was a corporate takeover specialist on Wall Street and his brother is also a poker player. Bilzerian will bet on anything. In 2008, he played in the World Series of Poker Main Event and finished 180th. In 2010, he was voted as one of the funniest poker players by Bluff magazine. Bilzerian enlisted in the Navy and entered SEAL training, but was dropped from the program 2 days before graduation for safety violations. A couple of heart attacks prompted him to commit to a healthier lifestyle. Bilzerian runs a company called Ignite which sells e-cigarettes, CBD oil, vodka, and bottled water amongst other things. He has appeared in a few films, including War Dogs and The Equalizer. Bilzerian has been involved in lawsuits, some as the plaintiff, some as the defendant. He divides his time between Las Vegas, LA, and San Diego, and he was heavily criticized for posting videos of himself at a Las Vegas shooting. Bilzerian has millions of followers on social media. He is 5 feet, 9 inches tall and weighs about 185 lbs.

Thanks to a drug habit, Bilzerian suffered 2 heart attacks before he was 32 years old. He got serious about his health and, true to his extreme lifestyle, hired not 1 but 3 chefs who prepare balanced, wholesome food for him. His meals are comprised of clean protein, low saturated fat, and plenty of vegetables. Bilzerian eats every few hours and, excluding post-workout shakes, he tends to eat low-carb as well. He focuses heavily on protein. He likes meat and fish and also drinks protein shakes. But he prefers granola bars over protein bars because he says they’re more natural.

Bilzerian is lucky enough to have private chefs, but you don’t need one of those to eat well. Anyone can put together a healthy meal of lean meat and vegetables.

Bilzerian makes sure to get plenty of protein each day. He often starts his day with an omelet made with 4 egg whites and 2 whole eggs for flavor along with some veggies and oatmeal. All of his meals are protein-centric.

After hitting the gym, Bilzerian will have a protein shake and a granola bar. He says a lot of protein bars are too high in sugar to be good for you.

Bilzerian on How he Stays Healthy

‘For me, there’s nothing better than lifting weights and eating clean.’

Bilzerian on His Diet Plan

‘I have 3 full-time chefs who cook for me. I eat foods that are balanced, non-processed, high in protein and low in fat, along with vegetables every 3 hours.’

Bilzerian on Eating After Working Out

Bilzerian says he’s done it all: bodybuilding, boxing, MMA, SEAL training, powerlifting, and what he has decided works best for him is weightlifting and martial arts.

Bilzerian plans his day around his exercise regimen. He hits the gym 5 days a week and does either Olympic-style lifting or MMA.

Bilzerian hits the treadmill or stationary bike for 15 minutes or so to make sure his muscles are warm, loose and ready the rest of his workout.

Bilzerian lifts four days a week, following the standard split schedule of focusing on one body part per day.

Bilzerian digs his martial arts. He currently follows a once-per-week schedule, but there’s no reason not to do more.

Bilzerian on The Importance of Exercise

‘I build my day around working out.’

Bilzerian on Choosing a Workout Routine

‘The best type of workout really depends on your goals.’

Bilzerian on his Favorite Exercise

‘I love doing the clean and press because it really does everything.’

Bilzerian on Why he Prefers Free Weights

‘When you use machines, you don’t strengthen stabilizer muscles, and you increase the risk of injury when using those muscles in an uncontrolled environment like sports.’

‘To be truly functional, I think MMA mixed with weights is best for functional speed, full-body strength and a strong core.’

‘They’re good to do after a heavy legs session or full-body workout — like clean and press.’

Bilzerian on How He Beats Muscle Soreness

‘I run or do the elliptical trainer the next day to get rid of DOMS (delayed onset muscle soreness).

Bilzerian is a firm believer in the mantra ‘food as medicine,’ and as such, he does not take many supplements. So, below are the two main supplements Bilzerian does make use of.

Coconut water is one of his favorite items to take to the gym because it contains electrolytes, antioxidants, vitamins and minerals that help control blood pressure, blood sugar and reduce the risk of developing cancer.

Bilzerian prefers to eat his nutrients, but he will have a protein shake after working out. Besides building muscle, protein reduces muscle wasting, curbs cravings and helps balance blood sugar.
Get it here

Bilzerian regularly uses an ice bath to help him recover from intense exercise and/or long nights. He says they’re great for combatting soreness and they really wake you up.

Bilzerian says he has a target on his back the size of California, and that his standard way to go through his day is with a machine gun and bulletproof gear.

Bilzerian says one of the reasons he’s so popular is because, positive or negative, everyone has a strong opinion about him.

In 2016, Bilzerian announced a bid for the presidency, but later ended it and endorsed Trump. He considers himself to be a ‘constitutionalist libertarian.’

Bilzerian says he isn’t just a gun-toting, thrill-seeking playboy, and that he is involved with charities. He just prefers to keep things like that on the down low.

‘I’ve done ice baths many times after tough training sessions because they pull lactic acid out of your muscles and wake you up.’

Bilzerian on His Childhood

‘Basically, I didn’t get a ton of attention as a kid. I guess that’s why I’m such a flashy lunatic.’

Bilzerian on How He Travels

‘Normally, I always have a machine gun in my car and a bulletproof vest.’

‘Life is all in the set-up. A lot of people think I got the world handed to me, and I let them think that exactly while they handed me the world.’

Bilzerian on Being Rich

‘Luxury has been a bit of a rollercoaster for me. I would define it as something that isn’t needed but improves your life.’

Bilzerian on Embracing the True You

‘Be yourself. Be an individual. People are scared to be themselves.’

Bilzerian on his Shared Ancestry with The Kardashians

‘My dad is half Armenian; his father is 100%…Apparently the Kardashians and me are the big celebrities over in Armenia.’ 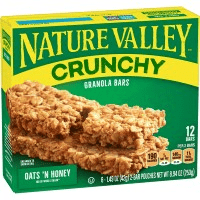 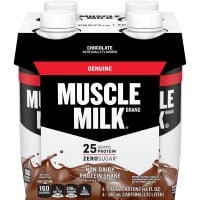 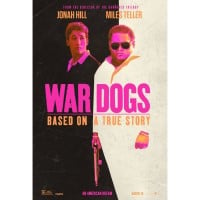 War Dogs
GET IT HERE 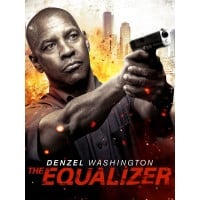 The Equalizer
GET IT HERE 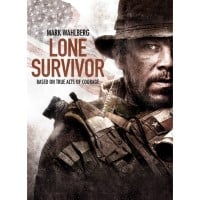 Lone Survivor
GET IT HERE 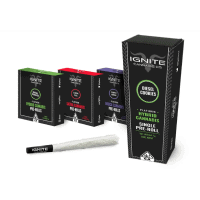 Ignite products
GET IT HERE