Cameron Newton is from Atlanta, Georgia. His father is Cecil Newton Senior who played pro football in the 1980s. Cam played baseball and basketball as a kid, but gave up both of those in high school for football. His talent earned him 5 stars from Rivals.com and he was the #2 dual-threat quarterback in the country. Newton got scholarship offers from several colleges and chose the University of Florida where as a freshman in 2007, he played back-up quarterback for Tim Tebow. As a sophomore, he was injured, then legal troubles led to his transferring to Blinn College in Texas. Newton was recruited again and chose Auburn where he led the team to an SEC championship in 2010. He was named MVP for the game and was also a Heisman Trophy finalist. Newton was drafted to the Carolina Panthers in 2011 and to New England in 2020. He has won many awards, including the NFL MVP and Offensive Player of the Year in 2015. Newton has several business ventures including a clothing line with the department store Belk, and a cigar bar and restaurant called Fellaship. He also gives motivational speeches and has a self-titled foundation that promotes youth health and welfare. Newton has over a million followers on social media. He has 5 biological children. Newton 6 feet 5 inches tall and weighs 245 lbs.

Following injuries in 2018, Newton removed red meat from his diet. He continued to eat seafood and some animal products, making him a pescatarian, then he went vegan in February 2019. This means he doesn’t eat any animal products, including meat, fish, dairy, or eggs. Instead he has joined the growing trend of eating a purely plant-based diet. He says the change in his body has been remarkable, and that he feels healthier than ever before. He has taken part in PETA’s ‘Built Like a Vegan’ campaign.

If veganism conjures up images of pale, skinny waifs, think again. Newton doesn’t limit himself when it comes to eating his veggies. Vegan versions of everything exist these days, including vegan cheese, vegan meat, and vegan ice cream. However, it is important not to overindulge in too much processed food, vegan or otherwise.

While some blame his vegan diet for reduced performance on the field, Newton insists his vegan diet has not impacted his ability to get enough nutrients, especially protein. Certain vegetables contain complete protein, such as peas. And things in combination, such as rice and beans, also provide all the essential amino acids.

Newton isn’t the only pro athlete to go vegan. Plenty of his fellow NFLers like Tyrann Mathieu, Le’Veon Bell and Kyrie Irving also follow a vegan diet, not to mention former Patriot QB Tom Brady who follows a vegetable-based diet for most of the year.

One of Newton’s faves is Chinese food. He also digs meat-free burgers. He goes heavy on the pickles and sauce.

‘Some of the strongest species on this Earth are vegetarian…I’m loving how I’m feeling.’

Newton on his Vegan Diet

‘I’ve seen such a remarkable change in the way my body responds to the food that I eat.’

Newton on What The Vegan Diet is Not

‘Just because I’m vegan doesn’t mean I just go outside and pick up grass, and, you know, put ranch on it —well, I guess that’s not vegan — or put balsamic on it and eat it. I still love good food.’

‘A person may ask, “How do you get your protein?” You get it in the same way that they get it…The more cleaner, more fresher way.’

Newton on How to Be Successful With a New Diet

‘Eat on schedule. If you can eat on schedule, you won’t miss or think anything different, and you’ll be all right.’

As a kid, Newton was a promising basketball and baseball player, and is famous for his strength and speed. His athleticism is what makes him so popular.

Off-season doesn’t mean relaxation time for Newton. When he isn’t playing, he does cardio, agility and strength training.

Newton has suffered several injuries, including to his shoulder and foot. His trainer Jason Benguche focused on improving his flexibility and mobility.

For his cardio, Newton uses a stationary bike or treadmill. He goes for stamina rather than speed, and does about an hour every day, including a 5-minute warm-up and a 10-minute cool-down.

To stay agile, Newton uses a variety of methods. He’ll use an agility ladder or steps, and throw in resistance bands to increase the difficulty.

Newton hits to weights for an hour a day. He takes the classic approach to lifting, meaning he trains a particular body part each day.

‘You cannot make progress with excuses.’

Newton’s Trainer on His Recovery Goals

‘The overall goal of our total-body program is to prepare him for the upcoming season.

Newton’s Trainer on His Routine

Newton's Trainer on His Off-season Workout

‘Our workout strategy this off-season, given that Cam had shoulder surgery, was a little more challenging.’

Newton is keeping any supplements he takes under his helmet, but below are supplements who can benefit anyone on a similar diet.

Vegan protein is almost a given when it comes to Newton’s lifestyle.

A good vegan diet can provide adequate nutrition, but vegans can sometimes run low in certain nutrients, such as vitamin B12 which is needed to process protein and create red blood cells that carry oxygen around the body.
Get it here

Vitamin D can also be difficult to get when you go dairy-free. It’s essential for proper immune function, muscle recovery, mood and memory, and many other processes.
Get it here

Calcium can also be tough to get from plant-only sources. Calci-um is needed not only for strong bones but also proper nerve and muscle function, including heart muscle.
Get it here

Long-chain omega-3s are most readily available from animal sources such as fish and seafood. Deficiencies can result in in-creased inflammation, depression, even certain types of cancer.
Get it here

Iodine is another essential nutrient used by the thyroid which controls metabolism.
Get it here

Vegans are at an elevated risk for deficiency. Vegans may also run low on zinc, essential for a strong immune system, metabo-lism and cell repair.
Get it here

Newton’s career has been plagued by injury. His first major one was a fractured rib in a 2014 preseason game. In the same year, he was in a car crash that fractured bones in his low back. He played with shoulder ligament damage until the last 2 games in the 2018 season, and followed that up with a foot injury in the summer of 2019.

Music in His Soul

Newton loves music, and he has playlists to create any type of mood or emotion. He says the right music can fix your frame of mind.

Newton is one of the NFL’s best dressed quarterbacks. He considers himself to be more than just a football player, and says he’s also an entertainer and icon.

Cameron’s dad played for the Dallas Cowboys and the Buffalo Bills, his older brother Cecil played for the Jacksonville Jaguars, and his younger brother Caylin was the quarterback for the Howard Bison in the 2010s.

In 2010, Newton spent half the season dealing with allegations that his father had demanded to be paid for his son to play ball. He was declared in eligible on November 30th of that year, but quickly reinstated when Auburn said Cameron had no knowledge of his father’s activities.

Newton on his Success

‘Not to sound arrogant, but what I did in one year, others couldn’t do in their entire collegiate careers.’

‘I’m living testimony that anything is possible.’

Newton on Being Practical

‘Don’t lose sleep worrying about things that you don’t have control over because, at the end of the day, you still won’t have any control over them.’

‘A person that says, “Losing isn’t difficult,” I don’t ever want to be around that person. Obviously that person has never won anything relevant in their life.’

Newton on Being the Center of Attention

‘I hate having all eyes on me — unless it’s for my job, and my job is playing football. I’m not that attention-hungry.’ 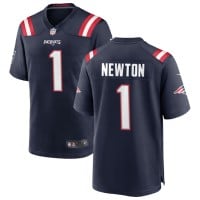 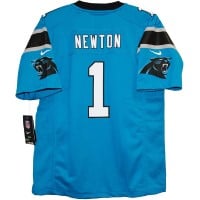 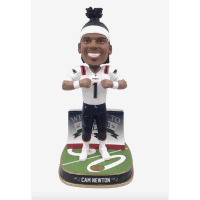 Cam Newton bobblehead
GET IT HERE 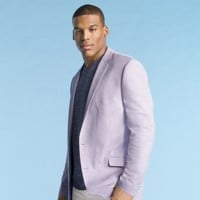 Cam Newton Belk line of apparel
GET IT HERE 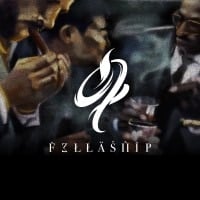 Fellaship cigar bar and restaurant
GET IT HERE 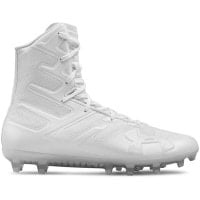 Under Armour cleats
GET IT HERE 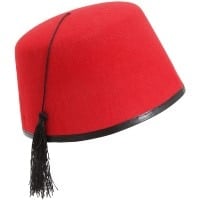 Fez
GET IT HERE 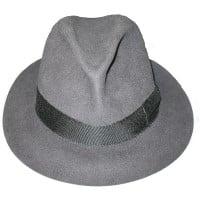 Fedora
GET IT HERE 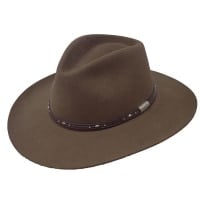 Stetson
GET IT HERE