Amal Alamuddin Clooney was born in Beirut, Lebanon but grew up in England. Always an outstanding student, she attended Oxford University, got her law degree from New York University and passed the bar in 2002. She worked at the private US law firm Sullivan & Cromwell and represented many high-profile cases including Enron and Arthur Andersen, but then switched gears and changed over to international law. She worked with a UN tribunal to prosecute the responsible parties for the assassination of former prime minister of Lebanon, Rafic Hariri. After moving back to London, she continued to handle civil liberties cases and high-profile cases such as WikiLeaks’ Julian Assange. She sometimes lectures at her alma mater and also acts as an advisor on a variety of issues including women in war zones, genocide, and counter-terrorist drone usage. In 2014, she married actor George Clooney, and in 2017, gave birth to twins. The Clooneys pledged $500K to the 2018 March For Our Lives event for gun law reform. Clooney is 5 feet, 8 inches tall and weighs about 125 lbs.

Even at age 39, Clooney bounced right back after giving birth to twins and credits a Mediterranean fish diet for helping her regain her figure. Her breakfast was light, a bowl of soup and maybe an egg while lunch and dinner were both centered around fish along with plenty of vegetables and perhaps some hummus. She has since added back in a wider variety including more carbs, but Clooney still sticks to whole foods and avoids anything with artificial ingredients or preservatives. She also breastfed her twins, which burns a lot of calories and helped her drop the weight even faster.

Clooney’s post-baby diet was light on the first meal. She reportedly would only have some seaweed soup and perhaps an egg in the morning.

Clooney’s lunch and dinner had fish as the main course along with plenty of fresh vegetables and some hummus with wholegrain crackers. While fish contains omega-3s which are great for overall health, some kinds can also contain toxic heavy metals like mercury. Generally speaking, the bigger and older the fish, the more likely it is to be contaminated, such as shark and barramundi. Safer varieties include shellfish and salmon.

These days, Clooneys regularly enjoy a weekly pizza night. Their fave is margherita with arugula.

‘When I was nursing, [scheduling] was much more complicated because there are two. I had all manner of weird cushions and pillows and machines.’

Clooney On The Aborted Healthy-Eating Cleanse

‘It was hard to give up the glass of wine in the evening, but even harder to give up the espresso first thing in the morning. We’re like, “Aren’t we supposed to feel amazing?”’

Clooney On The Importance Of Love

‘It’s the one thing in life that I think is the biggest determinant of happiness, and it’s the thing you have the least control over.’

Clooney On The Special Bond Between Women

Clooney makes a point to walk for an hour each day. Low-intensity steady sustained cardio is easy on the joints, and doesn’t even require special gear.

In addition to her daily walk, Clooney lifts weights 3-4 times a week. Maintaining muscle mass is key as we age not only to stay strong, but also to keep the metabolism revved up.

On days when she doesn’t lift weights, Clooney will do a half-hour of Pilates which is great for core muscles and flexibility.

Clooney returned to playing tennis shortly after giving birth to her twins.

Here are a few Pilates exercises that help strengthen and flatten the stomach:
Leg circles: Lie flat on back with legs extended, palms at sides. Lift 1 leg straight up & rotate it out from the hip. Draw small circles on ceiling with your foot, keeping the rest of the body still. If the position is uncomfortable, you can bend the knee of the opposite leg and rest that foot on the floor. Do 6-8 circles, then reverse direction and do 6-8 more. Repeat with other leg.

Criss-cross: Lie flat on back, feet raised & knees bent at 90-degrees over hips. Curl head, neck and shoulders off floor and bend arms, using fingertips as a ‘pillow’ behind head. Inhale & bring the right knee toward the left shoulder as you extend the left leg. Exhale and extend right leg as you bring the left leg toward the right shoulder. This is 1 rep. Do 6-8 total.

Leg kick: Lie on right side, torso and legs forming 1 long line. You may prop yourself up on your elbow or keep your head down. Use top arm as a ‘kick stand’ to help you maintain balance. Raise left leg to hip height, foot flexed (toes pointing forward) to engage all the muscles of the leg. Exhale & kick forward without shifting the upper body. Pulse twice, then inhale & pull leg back behind you as far as is comfortable. This is 1 rep. Do 6-8 reps/leg.

Clooney On Women Supporting One Another

‘The worst thing that we can do as women is not stand up for each other, and this is something we can practice every day, no matter where we are and what we do…instead of competing or criticizing one another.’

‘It wasn’t the most comfortable position to be in but I was determined to go.’

Clooney On Using Her Celebrity To Put Attention On Special Cases

‘I think I’m exercising it in an appropriate manner by continuing to do this kind of work.’

If Clooney takes any supplements, she’s keeping quiet about it, but moms and especially those who are dieting probably want to take a multivitamin because it fills in any gaps in nutrition.

Clooney’s post-baby diet included plenty of fish, but if you’re not a fan of seafood, an omega-3 supplement is a smart idea because it good for your brain, heart, mood and overall wellbeing.

If you restrict your intake of animal products like meat, dairy and eggs, an iron supplement is also a good idea because the iron in plant-based foods is less readily absorbed by the body.

Vitamin D and B complex

Breastfeeding moms also want to be sure to get plenty of vitamin D and B complex for your own health and to pass along these essential nutrients to baby.

Calcium is important for everyone, but especially women to keep bones strong. 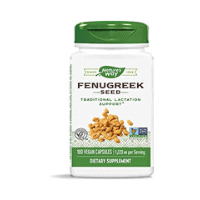 Vitamins A, C and E

Everything functions better when you have strong digestion, a supplement of probiotics is always a wise idea.

And You Thought International Law Was Complicated

Clooney says when the babies were tiny, she and hubs George would bring them into bed with them between 6-8 am to get some time together. She would not take any work-related calls at that time.

Clooney’s family fled from Lebanon when she was 2 years old to escape the civil war. ‘Amal’ means ‘hope;’ she was born during a lull in the hostilities.

Clooney says that although she always cared about excellence in school and other areas of life, it was also important to her she appear to do so in an effortless manner.

Clooney met future husband George after a friend asked introduced them at his house in Lake Como, Italy.

Clooney worked at the International Court of Justice and for the US Court of Appeals under Sonia Sotomayor, the future Supreme Court Justice.

In 2015, Clooney established the Amal Clooney Scholarship fund, which will allow one Lebanese woman to attend the United World College in Armenia every year.

‘I cared more about the outcome of those cases than my paid cases, and that made me think, Well, why am I not doing more of that kind of work?’

Clooney On What Drives Her

‘If you are a lawyer and you want to take easier cases, you can prosecute traffic violations or something. You’d have a very high rate of success, and you probably could sleep more easily at night. But that’s not what drives me.’

‘I remember all the stages in my career where I almost didn’t have enough confidence to try for something.’

‘Protecting free speech is not only a matter of principle, it is also pragmatic.’

Clooney On Studying In A Foreign Country

‘Cross-cultural learning and studying abroad can be transformative.’

Clooney On Being Stereotyped

‘I hate the idea that you, somehow, as a human being, have to be put in a box. There’s no reason why lawyers can’t be fun, or actresses can’t be serious.’ 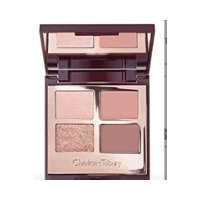 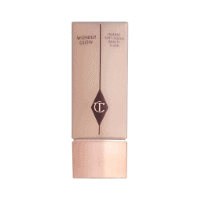 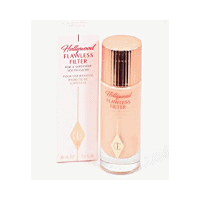 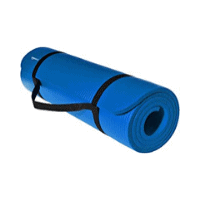 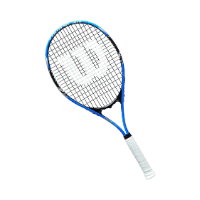 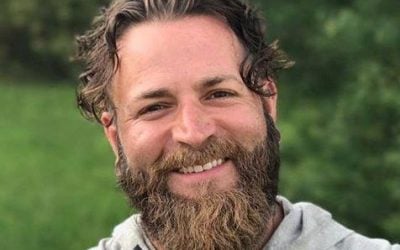 facebookyoutubeinstagramrssDaniel VitalisHunter-Gatherer Advocate Born: 1977Born in New Hampshire, Daniel Vitalis had an unsettled childhood. His father left when he was young and his mother suffered from mental health problems. Vitalis has lectured for a decade about...

facebooktwitteryoutubeinstagramKate MiddletonDuchess of CambridgeBorn: 1982Catherine Middleton grew up in Berkshire, England. Technically a ‘commoner,’ her parents were millionaires thanks to their successful party goods company. She attended exclusive boarding...

facebooktwitteryoutubeinstagramMeghan MarkleDuchess of Sussex Born: 1981Meghan Markle grew up in Hollywood and started acting while she was still in college. She played on Suits until 2017 when she got engaged to Prince Harry and moved to London to begin the process... 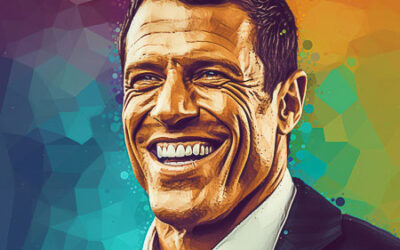 facebooktwitteryoutubeinstagramTony RobbinsMotivational Speaker Born: 1960Tony Robbins is the author of best-sellers such as Unlimited Power and Awaken the Giant Within. He has toured over 100 countries and offered seminars to over 3 million people throughout his long...

facebooktwitteryoutubeinstagramrssOprah WinfreyMedia Executive Born: 1954Oprah Winfrey was born poor, but got a job in radio when she was in high school and was co-anchoring the local evening news at age 19. She is most famous for her talk show. Nationally syndicated... 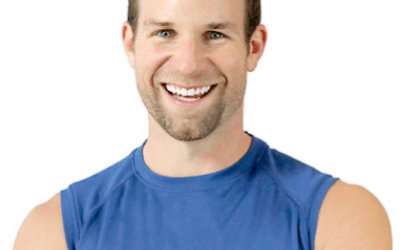 facebooktwitteryoutubeinstagramrssAbel James (Fat Burning Man)Health CrusaderBorn: 1984Originally from New Hampshire, Abel ‘Fat-Burning Man’ James is a self-proclaimed ‘research junkie’ who now makes his home in Colorado. He is a former strategic advisor to the food...