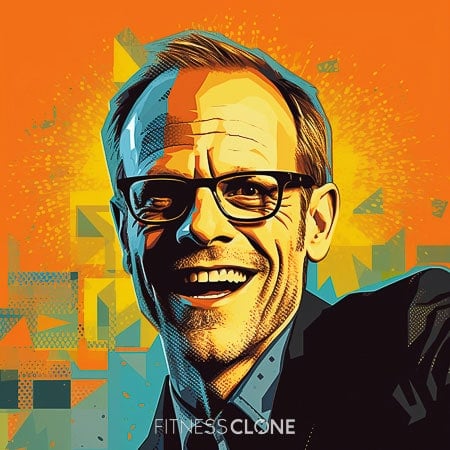 Alton Brown was born in LA but grew up in Georgia. He studied film at the University of Georgia and was the cinematographer for a variety of music videos, but he is probably best known for creating the cooking show Good Eats. In the 1990s, Brown had the idea of creating a quality cooking show but since he didn’t know much about the topic, he attended the New England Culinary Institute. His show, Good Eats, ran for 14 seasons and was nominated for prestigious awards such as the the Food Journalism Award by the James Beard Foundation and a Peabody. A sequel called Good Eats Reloaded returned to The Cooking Channel in 2019. Other shows he appeared on include Iron Chef America: Battle of the Masters, Feasting on Asphalt, Cutthroat Kitchen, The Next Food Network Star and The Layover. Brown is also popular for his hand-drawn ‘Analog Twitter’ tweets and his podcast called The Alton Browncast. He is the author of several entertaining and informative cookbooks. Brown is 5 feet 10 inches tall and weighs about 170 lbs.

Brown lost 50 lbs. by making up lists of foods to eat, and foods to avoid. He called his plan ‘Live and Let Diet,’ and talked about his methods on an episode of Good Eats. He had 4 lists: one containing foods to eat every day, one of foods to eat 3x a week, another with foods to eat no more than once a week and the final list was of things to completely avoid. His ‘eat daily’ list included fruit, leafy greens, nuts, whole grains, carrots and green tea. Some of his 3x a week foods were oily fish, avocados, yogurt and broccoli. His once-a-week treat foods were alcohol, pasta, red meat and dessert. His ‘never’ foods were the usual suspects: processed foods, fast food, and artificial sweeteners. He says other people’s lists will likely be different, but the concept is the same: track your problem foods and replace them with healthy options.

As part of his weight-loss plan, Brown usually starts the day with a fruit smoothie made with soy milk.

Just Say No to Diet Foods

Brown says artificial sweeteners have ruined our ability to taste natural sweet flavors. Brown was rather addicted to diet soda before starting his new eating plan.

While on his eating plan (Brown doesn’t like to use the word ‘diet’), Brown avoided cow’s milk because it made him crave cookies.

As part of his reformed eating system, Brown steered clear not only processed foods, but also canned soup because of the sodium content.

Do not allow watching food to replace making food.

Brown On Watching Your Intake

My advice: write down everything you eat. It’s amazing what that “self honesty” can do for you. Do you really want to confess that donut? I thought not.

Brown On His Diet

A balanced diet may be the best medicine. I was eating too much Good Eats. But people consider that part of the job, you know. Eat. And I do!

I wouldn’t eat anything with the word “diet” on it because, after all, I’m not on a diet. Besides, the way I look at it, artificial sweeteners have so deadened our collective palates that we can’t even taste how sweet real sweet even is when we get it.

The worst food you’ll ever eat will probably be prepared by a “cook” who calls himself a “chef.” Mark my words.

Brown On The Science Of Cooking

Everything in food is science. The only subjective part is when you eat it.

Brown makes a point to exercise every day. Because of his busy lifestyle, his workouts vary and might be an outdoor hike or a visit to the gym with his trainer.

Brown says weight training is very important, for men in particular. It builds muscle which in turn burns calories.

Brown says he prefers to exercise three times a day rather than doing it all in at once. His advice is to just get moving.

Every day: Hike, run, swim, or hit the gym and lift some weights. You don’t have to do it all at once. Alton’s advice is to break it up and to keep moving throughout the day.

Brown On His Routine

I do whatever I can get.

I don’t watch a lot of TV and I don’t play computer games, because I’d like to live to be 80 years old.

While Brown doesn’t cop to taking any special supplements, his food choices contain a lot of antioxidants such as vitamins A, C and E, and resveratrol which all help promote a long, healthy life. A multivitamin is never a bad idea to fill in any gaps in nutrition. Adding protein powder to a morning smoothie can help you feel fuller, longer. Brown makes a point to eat oily fish three times a week, but if you’re not a fan, a supplement of fish oil containing anti-inflammatory omega-3s is always a good bet.

Brown is a self-described workaholic. As such, he often misses out on social events, but never sleep. He says he needs it in order to be the best version of himself.

To earn money in college, Brown used to be a pizza deliver guy.

Food: The Other Secret Weapon

Brown wasn’t much of a cook when he was in college, until he figured out he could land dates by offering to cook for them. His skills improved exponentially.

Before Good Eats, Brown spent a decade doing film production. He did the cinematography for many music videos, including REM’s ‘The One I Love’. He also illustrated his cookbooks.

Brown has a pilot’s license and owns 2 planes. He is also a motorcycle and scuba diving enthusiast.

Good Eats is my one and only baby. Everything else is frosting.

Although I don’t take myself very seriously, I do take my work extraordinarily seriously.

Brown On His Goals

My mantra was to educate people — to actually give them the know-how they could use — and to do it in a very subversive kind of way. I would entertain them, and I was going to teach them whether they knew it or not.

I like television. I still believe that television is the most powerful form of communication on Earth. I just hate what is being done with it. 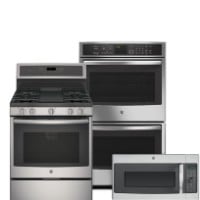 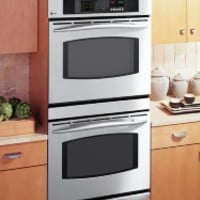 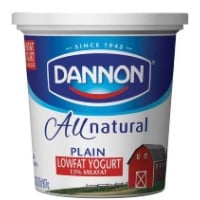 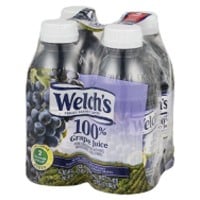 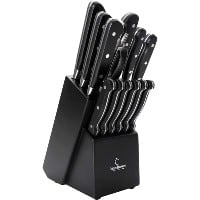 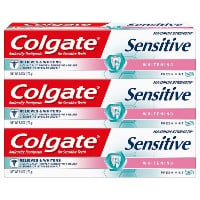 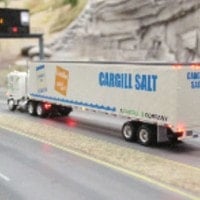 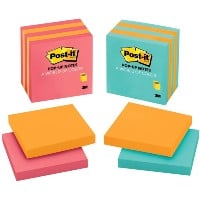 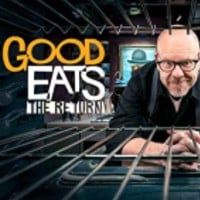 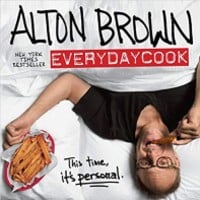 I’m Just Here For The Food 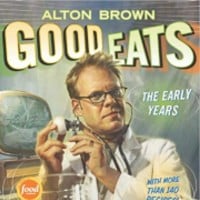 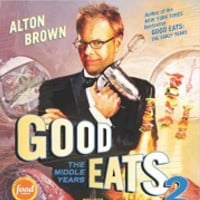 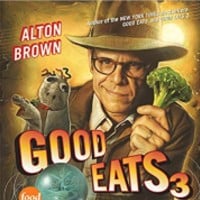 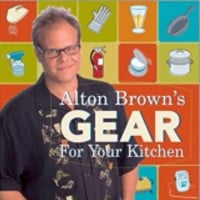 Gear For Your Kitchen 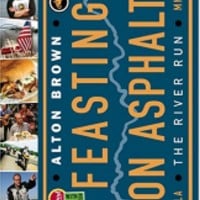 Feasting On Asphalt: The River Run