Sterling Kelby Brown was born in St. Louis, Missouri and is 1 of 5 children. His father died when he was 10. Brown graduated from Stanford University in 1998 with a degree in acting, then earned a Master of Fine Arts from NYU’s Tisch School. He performed on stage and found numerous tv roles, including on ER, NYPD Blue, Boston Legal and Third Watch. In 2016, Brown starred in and won an Emmy for The People v. O.J. Simpson: American Crime Story. He has starred in This Is Us since 2016, and he also does voice work, such as in Frozen II. Brown is married and has 2 children.He has over a million followers on social media. Brown is 5 feet, 8 inches tall and weighs about 190 lbs.

Brown eats healthy 6 days a week, and cuts loose on Sundays. He eats a lot of leafy greens, especially kale, and often follows a plant-based diet for a few months at a time. But he also likes his red meat, and he adores Indian food. He likes entertaining and will serve anything from tacos to grilled meat, but says he leaves barbecue to the pros because he loves it so much, he doesn’t want to mess it up. Brown feasts on fresh, natural, whole foods and likes just about everything so long as it tastes good, which does not include escargot. He carries his reusable bottle of water with him and drinks at least a half-gallon each day.

Brown knows the importance of a healthy diet. He eats whole, natural foods, and takes a pass on the junk.

Brown follows a diet called GOMB that stands for greens, onions, mushrooms, beans, and berries, along with seeds and sprouts.

Brown enjoys his red meat, but makes a point to opt for lean cuts. His wine of choice to go with it is Pinot Noir.

Brown is a huge fan of Indian food and for many years, chicken tikka masala was a standard of his diet.

Brown’s snack of choice is a crisp apple with almond butter or some teriyaki beef jerky. He will also have nori (seaweed) for something fun to chew on.

Brown says one of the easiest things you can do for your health is to drink water.

Sundays are Brown’s day to indulge, and he doesn’t hold back. He will have French toast, an omelet, and sausage.

Brown on His Diet

‘I will dally with vegetarian/veganism for like a period of a month or two months…but I’m not a die-hard.’

‘I try not to eat a ton of meat. And when it is, I try to eat the most lean meat possible.’

Brown on His Cheat Day

‘I basically eat 3 meals at one time, and then allow that to get me through the rest of the day.’

‘I don’t do BBQ because I’m from St. Louis and take it very seriously.’

‘You gotta try everything once, right? As much as I wanted to enjoy escargot, it just wasn’t my thing.’

‘There was like a 4-5 year period where chicken tikka masala could do no wrong.’

‘My mom kept giving me these red, crummy apples when I was growing up, which I did not like. I didn’t realize until I became an adult that there is a vast cornucopia of apples.’

‘I think the secret ingredient that a lot of people tend to neglect that I even neglect from time to time is good, old-fashioned H20.’

Besides being a talented actor, Brown is a serious athlete. He has done a triathlon and loves climbing at an indoor rock gym.

Brown frequently joins in with his son’s flag football and pick-up soccer games.

Brown says the entire cast of This Is Us is ripped like gods and goddesses, and that they all keep each other on track, fitness-wise.

Brown says wearing comfortable clothes can get you in the right frame of mind to incorporate more exercise into your day.

Brown makes sure to get some kind of movement into his day, every day. He goes to rock-climbing gyms, runs, swims, bikes, and plays with his kids.

Brown is a fan of mixing things up to keep challenging his muscles. He likes P90X and he also has a pyramid workout that he can do without equipment that only takes a half-hour.

Brown is known to drop and do 50 push-ups or knock out 50 jumping jacks at random moments.

‘Any time you get bored, or sort of like “Ah, I gotta go to the treadmill again, blah, blah, blah,” you change it up and do something else.’

‘You can’t spend 12 hours just sedentary. You got to do something to move to get the blood pumping and flowing.’

Brown on his Pyramid Routine

‘At the end of it, you want to question whether or not life is worth living.’

Brown on his Castmates

‘It’s a cast that really likes to be fit. I can’t challenge anybody because everybody’s at the top of the game.’

Brown on Himself vs. His Kids in Sports

I hold my own…There will come a time when he will surpass me…I look forward to the day when he kills me in all of it because it means my job is done.’

Brown doesn’t have much to say on the topic of supplements, so below are supplements that can benefit anyone following a similar diet plan.

Brown does eat an extremely healthy diet, heavy on the leafy greens and veggies. If you don’t always get as many greens as you should, consider a greens supplement.

You wouldn’t guess it by looking at him, but Brown is in his 40s. A quality multivitamin is always good because hitting all your RDAs for every nutrient can be tough.

For men of a certain age, supplementing with anti-inflammatory omega-3s is a smart idea.

Another nutrient that is not absorbed as well as we age is vitamin B12, essential for healthy red blood cells and brain.

Testosterone levels tend to decrease with age but ZMA, which contains zinc and magnesium, can help preserve testosterone and grow lean muscle and improve libido.

DHEA alsodecreases with age, which can lead to a lower sex drive and less energy, making supplementing a good choice.

Brown says he tells anyone who will listen that there is no substitute for a good night’s sleep, and that it affects your mental, physical, and emotional wellbeing.

Brown wears a necklace with an Om symbol on it to remind him that God is all around, and to help him stay focused on the things that matter.

Brown has partnered with Dick’s Sporting Goods to promote their DSG athleisure line of clothing because he says it’s what he would wear all the time if he could.

Partly in homage to his uncle who passed away from pancreatic cancer, Brown created a video with Bristol-Myers Squibb about what life after cancer is like.

Brown on His ‘Om’ Necklace

I pretty much never take this thing off.’

‘I get no complaints.’

Brown on Why He Loves Athleisure Clothing

‘You never know when a workout could just break out.’

‘It’s easier to maintain a level of fitness than it is to lose it and try to get it back.’

Brown on Life After Cancer

‘The fact that we’re talking about living with cancer and beyond cancer is a wonderful thing, but just because you have survived or are considered cancer-free doesn’t mean your journey ends. Sometimes it’s just the beginning.’ 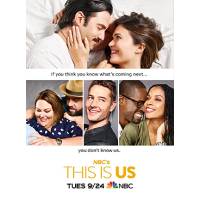 This Is Us
GET IT HERE 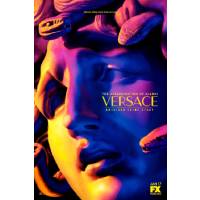 American Crime Story
GET IT HERE 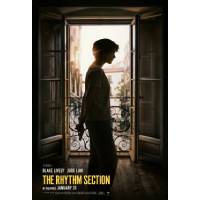 The Rhythm Section
GET IT HERE 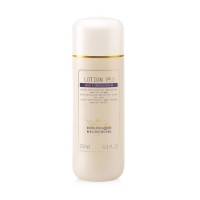 Biologique Recherche skincare
GET IT HERE 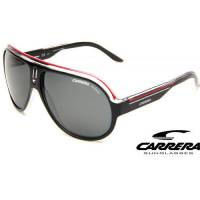 Carrera Sunglasses
GET IT HERE 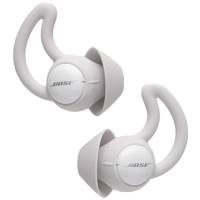 Bose Sleep Buds
GET IT HERE 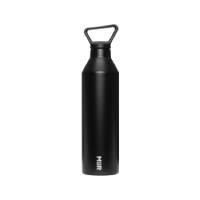 Miir water bottle
GET IT HERE 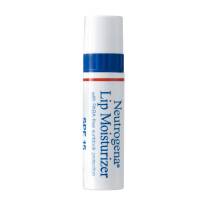 Neutrogena lip moisturizer
GET IT HERE 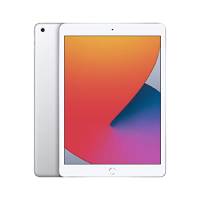 iPad
GET IT HERE 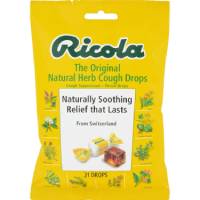 Ricola cough drops
GET IT HERE 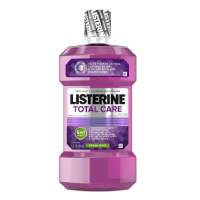