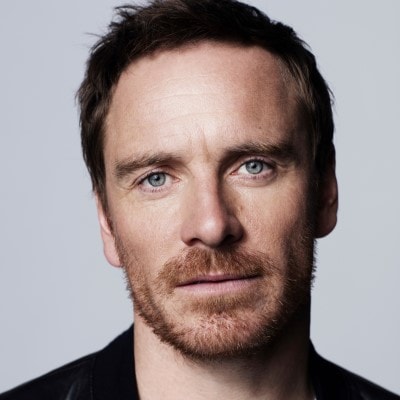 Micael Fassbender was born in Germany to an Irish mother and German father. The family moved to Ireland when Fassbender was 2, but he continued to spend summers in Germany. After acting in a play when he was a teenager, Fassbender decided he wanted to become an actor and at age 19, he moved to London to study at the Drama Centre. His first role on screen came in 2001 in Band of Brothers but his breakthrough wasn’t until 2006 when he was cast in 300. He has since gone on to act in several films including Inglourious Basterds and X-Men. Fassbender has been nominated for many awards including Oscars, Golden Globes and BAFTAs, and he won a SAG for Inglourious Basterds. He has a production company called Peanut Productions. Fassbender mostly steers clear of social media. He married actress Alicia Vikander in 2017. Fassbender is 6 feet tall and weighs about 175 lbs.

Fassbender followed a high-protein diet to get in shape for Assassin’s Creed. He ate a lot of lean animal protein, egg whites and protein shakes, and avoided carb-y foods. He tended to eat smaller meals and refuel every few hours to keep the metabolism fired up. However, Fassbender didn’t totally avoid carbs, and would eat things like berries and whole grains. He always drinks plenty of water.

Fassbender beefed up for Assassin’s Creed and other films, literally. He would start his day with a protein shake. He also ate plenty of the old standby, chicken breast.

For the film Hunger, Fassbender undertook a severely calorie-restricted diet of 600 calories per day consisting primarily of nuts, berries and sardines. He lost 33 lbs.

Fassbender says going hungry for his movie role changed his attitude toward food. He learned how much he appreciates food.

Fassbender’s parents ran a restaurant and his dad is a chef. His own personal speciality is rack of lamb. However he doesn’t often cook for himself.

‘I would say I’m relatively okay at cooking. I’m definitely not afraid to be in the kitchen.’

Fassbender on Preparing for Hunger

Fassbender on the Ease of Modern Life

‘We live in a society where nowadays, if I want something, I eat it. It’s so easy and readily available. When you take all of that away, you actually become more appreciative of the things around you. I don’t want to do it again, but there is a level where it humbles you in a good way.’

‘If there’s friends around, I’ll cook…but on my own, I kind of fell out of the habit, and that’s a shame because I know it’s good for me. It’s something quite therapeutic.’

Fassbender on the Well-Stocked Pantry

‘Any good kitchen should be stocked up in oysters, shouldn’t they?’

‘It’s all in perfecting the pastry.’

To get in shape for Assassin’s Creed, Fassbender worked with trainer David Kingsbury.

While Fassbender worked on getting stronger, his trainer also prioritized avoiding injury. This translated into a super-strong core.

Filming often took place in remote locations for Assassin’s Creed, and so Fassbender had to improvise gym equipment. Sometimes they would use scaffolding. Bodyweight and martial arts were other alternatives.

For Assassin’s Creed, Fassbender would be up early to squeeze in an hour and a half of physical conditioning before shooting every single day.

A big part of Fassbender’s training is circuits. Circuit training is one of the best ways to get in peak condition.

Fassbender would often do Muay Thai or regular boxing as part of his training, and it also helped improve the look of his combat scenes. It was one of his favorite things, and his trainer says he got really good on the pads.

Fassbender on Prepping for Assassin’s Creed

‘I really wanted to do those justice, and that was going to be a lot of work.’

Fassbender on Performing his Own Stunts

‘I got to do about 95% of the fight scenes myself. It was important to me that I did as much as possible.’

Fassbender on Pushing Himself

‘What I find really interesting is to try and mix it up, to push myself and try different things. I don’t want to stay in my comfort zone. I want to take risks and keep myself scared.’

Fassbender drank a protein shake every morning as part of his diet for Assassin’s Creed. Protein helps build and retain muscle while cutting fat, as well as reducing cravings.

Other than protein, Fassbender is keeping quiet about any supplements he might take, but anyone who works out as hard as he does could use a pre workout to boost energy and focus, and stimulate blood flow to muscles.

Another good supplement to try if you’re looking to get ripped is l-carnitine. It helps prevent the build-up of lactic acid, allowing you to train for longer. It also increases endurance and recovery.

Branched-chain amino acids or BCAAs are another rock star in the world of supplements for athletes. They boost muscle growth, strength, endurance, and metabolism and also support recovery.

A multivitamin is another smart idea to cover any essential nutrients your diet might be missing, and probiotics help keep the gut firing on all cylinders.
Get it here

After wrapping the film Prometheus, Fassbender went on a 5,000 mile, 2-month long motorcycle tour of Europe with his dad. Then his bike got stolen.

Fassbender may have played Steve Jobs, but he calls himself ‘technophobic.’ He avoids technology, says it always behaves strangely around him, and sticks with his original cell phone that he was bullied into buying in the first place.

Fassbender is good buddies with Steve McQueen and James McAvoy.

Fassbender says one of the things he likes most about acting is figuring out why humans behave the way they do.

In his youth, Fassbender wanted to play guitar in a rock band, but he wasn’t that good. He and a friend only scored one gig.

Fassbender on his Heritage

‘Even if I’m playing a superhero, it has to be steeped in reality.’

Fassbender on Being a Regular Guy

‘You know, it’s amazing. I don’t even have a car, would you believe it? I had a motorbike and it got stolen last year. So I’ve got to buy another one of those, I suppose. I can treat myself to that.’

Fassbender on Being Thought-Provoking

‘Why not provoke some thought and get people talking about things? I like characters that are flawed because we all are.’

‘I spent a lot of time out of work. Now I’m trying to make hay while the sun shines.’

Fassbender on his Dream Becoming a Rock Star

‘Nobody wants to hear Metallica at lunchtime.’

Fassbender on School vs. Work

‘I’ve always been more inclined to go out to work than carry on with academic studies.’

Fassbender on Being Serious

‘I take my work seriously but I can’t take myself too seriously.’

Assassin’s Creed
GET IT HERE 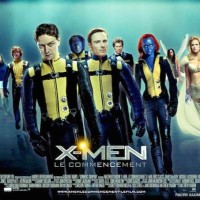 X-Men: First Class
GET IT HERE 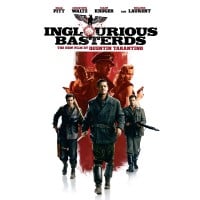 Inglourious Basterds
GET IT HERE