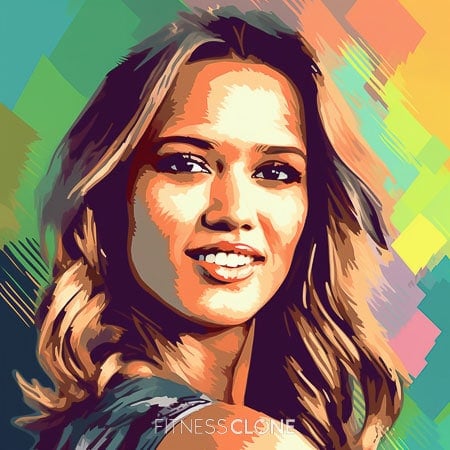 Born in California, Jessica Alba moved around as a child due to her father’s career in the Air Force. She was interested in acting from childhood and landed her first role at age 13 in Camp Nowhere. She also appeared in tv commercials and found small roles in tv and independent films. Alba studied at the Atlantic Theatre Company and also with William H. Macy and his wife Felicity Huffman. In 1999, her star rose with Never Been Kissed and her big break came when she landed a role on Dark Angel. She also won critical praise for playing in Fantastic Four. In 2011, she co-founded The Honest Company that sells personal, household and baby products. She has been included on several magazines’ lists of Most Beautiful Women in the World. Alba is married to producer Cash Warren, son of actor Michael Warren and they have 3 children together. Alba has millions of followers on social media. She is 5 feet, 7 inches tall and weighs about 125 lbs.

While Alba now glows with health, once upon a time, she had some bad habits when it came to eating. Feeling sluggish and unwell, Alba started working with celebrity health coach Kelly LeVeque several years ago and turned things around. She follows LeVeque’s ‘Fab 4’ formula which is meant to tame blood sugar highs and lows and keep you energized all day long. Alba fills up on healthy fats, clean protein, fiber and green veggies for stable blood sugar and lasting energy. She drinks regular water with a dash of salt and coconut water for hydration.

Alba doesn’t just eat healthy foods for her acting roles, she eats healthy because she wants to live her best life.

Many of Alba’s family members are overweight. Alba is highly motivated to take care of her health.

Alba admits that before she started working with LeVeque, she had the bad habit of skipping breakfast and being starving by lunch.

Alba’s meals are build on one of LeVeque’s concepts known as the Fab Four: protein, fat, fiber and greens.

Alba used to eat a lot of processed soy products, including soy milk, tofu and soy sauce. Her nutritionist says 90% of soy products in the US are genetically modified, and can cause health problems.

One of Alba’s go-to snacks is guacamole which is full of healthy fats that help switch off your hunger hormones. Other snacks include veggies, hummus and popcorn.

Crank Up the Heat

Alba loves her spices. When it comes to quesadillas, she pours on the hot sauce.

Add a Pinch of Salt

To stay hydrated, Alba drinks coconut water and she’ll add a pinch of salt to her regular water to help counteract her low blood pressure.

Alba says she doesn’t have much of a sweet tooth. Her Achilles heel is carbs, like ramen noodles, lasagna and nachos topped with black beans and jalapeÃ±o cheese made from almond milk.

‘I hate the word “diet” because it feels so temporary.’

Alba on How to Make Pancakes

‘I know they say you shouldn’t whisk pancake batter but I do.’

‘I’ve been trying to use alternatives to dairy.’

Alba on Adding Salt to Water

‘I get woozy if I don’t have enough salt.’

‘Anything habanero-Caribbean-flavored, I’m down with.’

Alba works with celebrity trainer Ramona Braganza, both when she’s preparing for a role and when she’s not.

Studio in a Trailer

For Fantastic Four and X-Men, Alba’s trainer set up a fitness studio right on the set.

While filming The A-Team, Alba and her trainer hiked Mt. Kilamanjaro.

Alba’s trainer developed the 3-2-1 Baby Bulge Be Gone workout for her, and within 12 weeks, Alba’s baby belly had vanished.

Due to Alba’s busy filming schedule, her workouts had to be short and efficient. She worked out for 40 minutes a day, at least 5 days a week.

Alba’s workout is called 3-2-1 because it involves doing 3 circuits of 3 different types of exercise: cardio, strength training and core work. Her trainer actually developed the program while working with Alba preparing for Dark Angel.

Do the Combo Mambo

Alba’s routine combines strength training, core work, yoga and cardio, all in one.

Alba is serious about working her body to max capacity.

Alba didn’t stop exercising while she was pregnant. She took up yoga and her trainer used lighter weights and incorporated more stretching performed in a seated position to reduce stress on her body.

‘The final core segment improves balance, agility and helps define and strengthen the abs and low back.’

‘I decided to take all the elements I found important to an exercise program…and combine them in an efficient workout program.’

‘This has been [Alba’s] preferred method of training, sticking to the basics, [and] using compound exercises.’

Alba’s go-to breakfast is a smoothie made with vegan protein powder. Protein offers so many benefits: it fills you up, curbs cravings, grows muscle and can also promote weight loss.

Another ingredient in Alba’s morning smoothie is match green tea. High in antioxidants like EGCG, it also contains amino acids, vitamins and minerals which offer cancer protection, reduce the effects of stress, detoxify and can help you lose weight.

Alba uses coconut water in her smoothies and she also drinks it straight. Coconut water is hydrating because it contains electrolytes and many other vitamins and minerals. It promotes digestions, and can help you manage your weight as well as chronic health conditions like type II diabetes and high blood pressure.

Alba definitely subscribes to the belief that ‘food is medicine.’ Chia seeds pack a huge amount of nutrition into a tiny package. They’re full of fiber, healthy fats, protein, antioxidants and vitamins and minerals including calcium, magnesium, phosphorus and manganese.

Alba’s recipe for looking great was handed down to her by her mom. It’s very straightforward: drink enough water and get enough rest, and the most important place to be beautiful is on the inside.

Alba’s mom was a lifeguard and certified scuba diver who taught her daughter how to swim even before she learned to walk.

Alba was not a healthy baby. She had asthma and frequently developed pneumonia, and she had surgery on her tonsils, kidney and appendix. She was also overweight and got teased for being chubby.

Because of being sick all the time as a child, Alba dreamt of becoming a superhero with powers to overcome anything. It also shaped her interest in becoming an actress.

Alba admits to being a maximizer. She wishes she could clone herself so she could get everything done that she wants to accomplish each day.

Alba’s Honest Company promotes ethical consumerism by offering products that do not contain petrochemicals, synthetic fragrances and other harmful chemicals. There are over 1,300 chemicals on her Do Not Use list. Her company also donates money, products and labor to various causes.

Alba speaks out about women’s rights. Her Honest Company actively recruits women and encourages them to take on leadership roles. She also supports several charities including the Children’s Defense Fund, the Cancer Research Institute and the Global Poverty Project, among others.

Alba’s 3 kids are named Honor, Haven and Hayes. She says the boy (Hayes) is cuter than her two daughters.

Alba’s Advice on How to be Beautiful

‘I share the same advice that my mom gave me: stay hydrated and sleep well, and that being a beautiful person on the inside is what really matters.’

‘I wish there were 2 of me and 48-hour days so I could get everything done.’

Alba on her Priorities

‘As long as my kids feel loved and a priority, everything else really is secondary.’

‘The more life experience you get, the better you’ll be at whatever you want to do.’

‘My theory is that if you look confident you can pull of anything, even if you have no clue what you’re doing.’ 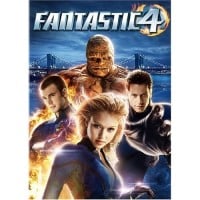 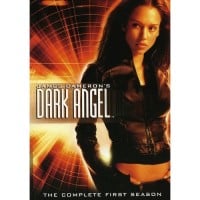 Dark Angel
GET IT HERE 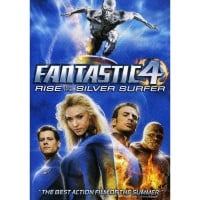 Fantastic Four: Rise of the Silver Surfer
GET IT HERE 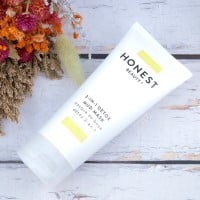 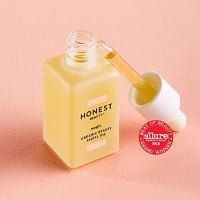 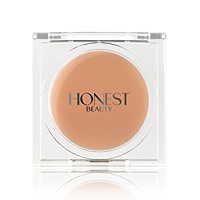 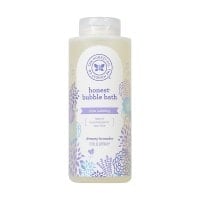 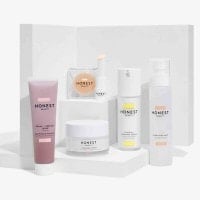 Other Honest Beauty products
GET IT HERE