Born in Hawaii but raised in Iowa, he was discovered by an international fashion designer while in college, which changed the course of his life. He won Hawaii’s Model of the Year award in 1999 and soon found acting gigs on tv shows like Baywatch Hawaii, Stargate: Atlantis and Game of Thrones, as well as mov-ies including Conan the Barbarian, Aquaman and Road to Pa-loma which he directed and co-wrote. He got involved in a bar fight which resulted in needing 140 stitches in his face, but the scar only added to his character appeal. He is married to ac-tress Lisa Bonet and have 2 children together. He is 6 feet 5 inches tall and weighs 225lbs.

Momoa’s diet is keto-esque, meaning heavy on lean meat, fish in particular, and leafy greens. When he needs to bulk up, pro-tein can go very high, 250+g per day.While he generally avoids sugar and processed foods, Momoa saves calories for beer.

When he’s training for a role where he needs to be bulky, he may consume very high protein.

Momoa on balancing health and enjoyment

‘I’ve always been about healthy living…apart from the fact that I love a good beer and cigar.’

‘I love carbs, but denial is good training for the mind.’

‘I prefer to eat as much lean meat and green veggies as possible and save the calories for Guinness.’

Momoa on a strict diet

‘After finishing a one-month cleanse, I had a giant bowl of pasta and I swear it was like heroin.’

Momoa’s routine is varied and even fun. He loves to exercise outside. Climbing, hill sprints, surfing, skateboarding, boxing, they all give him time to think, focus and start his day off right.

The most important muscle is your heart, Momoa says. That’s why he likes to get it pumping early in the day. He often gets up at 5 a.m. to exercise so he has time to himself before his kids wake up.

Even though Momoa has definitely hit the genetic lottery, he never lifted weights before being picked to play Conan. He packed on 25 lbs. of muscle in a short amount of time for the role.

Momoa keeps his warm-ups simple and focuses on stretching.

Momoa is always doing something different, from skateboard-ing to swimming to rock climbing, he never gets bored.

Lifting weights was hard for him at first because he prefers to exercise outdoors. He uses the Accelerated Results 7 (AR7) plan designed by his trainer.

Sets & Reps: Circuit style. When you finish the sets and reps for 1 exercise, you move on to the next until you finish.

It may not seem like much but you will feel every muscle in your body.

Momoa has an even more intense AR 7 routine he follows when he needs to bulk up fast. Follow the same circuit style as listed above. Momoa focused on 1 body part each day, working his way up to 2-3 workouts per day.

‘It’s very hard sometimes to just work out. It’s monotonous and you can get stuck in a rut. I get bored, so I do a lot more boxing, surfing, climbing[…]’

Momoa on hitting the gym

‘I’m not a big fan of just doing weights. Anything more physical is infinitely better.’

Momoa says that good sleep is an essential part of a healthy body. Be sure to get ample rest so you’re always fresh.

Momoa is a practicing Buddhist who meditates daily.

Despite (or because of) earning their living through screens both big and small, Momoa and his wife say they do their best to keep their kids away from screens and media.

Momoa’s talents don’t just lie in keeping himself ripped; he’s got plenty going inside his head. He studied marine & wildlife biology in college and says he enjoys reading.

‘I’m very thankful for my family. They keep me in the sky but they also keep me grounded.’

‘You got to go out and do it for yourself.’

‘I’m kind of ADD in the sense where if I start liking something, I’ll just learn it to the absolute max.’

‘I’m one of those freaky people who actually reads.’ 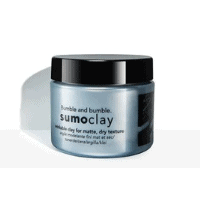 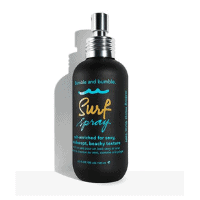 facebooktwitteryoutubeinstagramMarilu HennerActressBorn: 1952Marilu Henner (née Mary Lucy Denise Pudlowski) grew up in Chicago as one of six children. Her mother ran a dance school and Henner began dancing when she was just 2 years old. As a teenager, she taught at...

facebooktwitteryoutubeinstagramNatalie PortmanActressBorn: 1981Natalie Portman, nee Neta-Lee Hershlag, was born in Israel but moved to the US when she was a child. She started studying dance as a young girl and landed a lead role in the film The Professional when she...

facebookyoutubeinstagramJennifer GarnerActressBorn: 1972Jennifer Garner was born in Texas, but her family moved to West Virginia when she was a young girl. She wanted to be an author or teacher when she grew up. Her family was conservative and she and her two sisters...

facebooktwitteryoutubeinstagramKristen Bell ActressBorn: 1980 Kristen Bell grew up in the Detroit suburbs. As a child and young teen, she appeared in a few newspaper ads and tv commercials. She also took private acting lessons and participated in her high school’s...