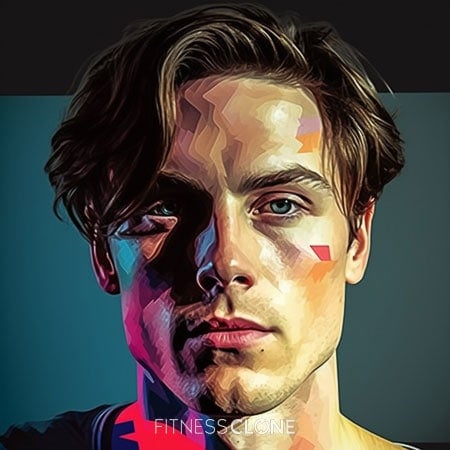 From Canada, Greg O’Gallagher discovered a passion for fitness and martial arts at a young age. He briefly attended college but dropped out after a year to launch an internet fitness brand called Kinobody. By 2016, Kinobody was one of the leading online fitness programs in the world, and O’Gallagher became a millionaire by age 24. Today, Kinobody has over 500K subscribers on YouTube. O’Gallagher has studied acting and appeared in and executive produced a few films. He has also written several books on fitness and diet. He has hundreds of thousands of followers on his various social media sites. Kinobody now has shared ownership with Chris Walker, Nate Mohr, Darren Crawford and Mike Dobson. The Kinobody brand includes fitness programs, recipes, supplements, blue-light glasses and apparel. O’Gallagher has hundreds of thousands of followers on social media. He is 5 feet 8 inches tall and weighs about 180 lbs.

From Canada, Greg O’Gallagher discovered a passion for fitness and martial arts at a young age. He briefly attended college but dropped out after a year to launch an internet fitness brand called Kinobody. By 2016, Kinobody was one of the leading online fitness programs in the world, and O’Gallagher became a millionaire by age 24. Today, Kinobody has over 500K subscribers on YouTube. O’Gallagher has studied acting and appeared in and executive produced a few films. He has also written several books on fitness and diet. He has hundreds of thousands of followers on his various social media sites. Kinobody now has shared ownership with Chris Walker, Nate Mohr, Darren Crawford and Mike Dobson. The Kinobody brand includes fitness programs, recipes, supplements, blue-light glasses and apparel. O’Gallagher has hundreds of thousands of followers on social media. He is 5 feet 8 inches tall and weighs about 180 lbs.

O’Gallagher says that if fat loss is your goal, intermittent fasting is THE way to achieve it. He recommends waiting at least 5 hours after waking to eat your first meal, and having your final meal about 2 hours before bed.

O’Gallagher says in order to get your body fat low, you must eat a deficit of calories, which is much easier to achieve with intermittent fasting.

O’Gallagher advocates for intermittent fasting as a way to not only build a great physique, but also not suffer from hunger. He says you can eat whatever you enjoy, but he sticks to low-prep things like Greek yogurt, nuts and berries during the day, and then prepares a more involved meal of meat and veggies for his dinner.

One of O’Gallagher’s favorite things about intermittent fasting is how much less time he spends preparing and eating, freeing up time for other stuff he’d rather be doing.

O’Gallagher says two of the biggest benefits he saw with intermittent fasting was energy all day long and improved sleep quality.

O’Gallagher says up to 3 cups of coffee during your fasting state will speed up your metabolism, and up your strength and stamina while reducing your appetite.

O’Gallagher says a cheat meal 1-2 times per week is allowable, but that your evening meal should always be satisfying, reducing the desire to go hog-wild.

Eat only in your diet window

Eating during your fasting time

‘When you can master training and nutrition to build an amazing body and become stronger and leaner than you could ever imagine, confidence and self-belief goes through the roof.’

‘Funny enough, a minimalist approach to training and a balanced and rewarding nutrition plan will actually lead to far better results than the typical extreme fitness approach.’

O’Gallagher on His Diet

‘You should never have to give up any of life’s great pleasures because you’re worried it will interfere with your training and diet.’

O’Gallagher thinks fitness should fit into your lifestyle, and that you shouldn’t have to arrange your life around your workouts.

O’Gallagher offers multiple courses through his Kinobody site. You can get shredded like a warrior, superhero or a Greek god, or simply focus on fat loss.

O’Gallagher says cardio is nice but not necessary to look great and be fit. If you’re looking to lose weight, however, it can help rev up your fat-burning.

Part of O’Gallagher’s appeal is that it only requires 3 days of training per week and no cardio. Once you’re all dialed in, you can get away with just 2 workouts a week.

O’Gallagher says it takes the body about 48 hours to completely recharge, which is why he advocates not working out day after day.

O’Gallagher says fitness expert Lyle McDonald stresses the importance of increasing weight over time, but O’Gallagher says there are many roads to success when building muscle.

Lift as heavy as possible but do not let yourself fail. Do not do another rep if you cannot finish it.

Use high rep training for 2-4 week blocks a few times a year to build muscle quickly.

‘At the ripe old age of 6, I knew one thing: I wanted to build a downright incredible physique that was strong and powerful.’

O’Gallagher on Fitness, Take I

‘Fitness is meant to enhance and better your life, not consume it.’

O’Gallagher on his Fitness Philosophy

‘The Kinobody approach is to blend fitness into your lifestyle. You’ll become leaner, stronger and better-developed each week, but it won’t be at the cost of your ability to enjoy life.’

‘You can achieve the best results possible training only 3 days per week, skipping cardio completely; all while eating the foods you love every single day to absolute satisfaction.That is…why I believe the Kinobody approach is better than anything else out there.’ 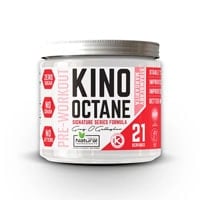 O’Gallagher has his own line of Kinobody supplements, including a pre workout that contains B vitamins, ginseng, l-citrulline, potassium and caffeine to pump you up so you get the most out of your workouts. 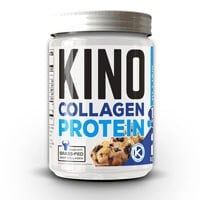 O’Gallagher’s collagen protein is designed to combat the loss of collagen which starts in your 20s. He says his protein helps to maintain a positive nitrogen balance (anabolic) that works better than whey protein. Collagen also helps improve body composition by decreasing fat and increasing lean muscle. 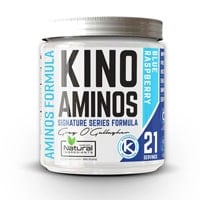 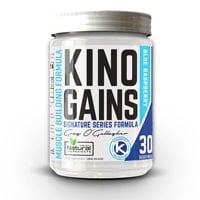 O’Gallagher’s creatine formula also contains zinc, choline and l-carnitine. It promotes the production of ATP that can offer a serious boost to your strength, endurance and recovery. It also gives you a mental lift. 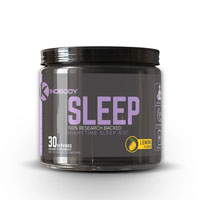 O’Gallagher is all about quality sleep. His sleep formula contains glycine, l-theanine, lemon balm extract and ashwagandha root powder to help you fall asleep faster and wake up refreshed.

Sleep To Get Ripped

O’Gallagher says sleep is super important if you want to look and feel great. He says intermittent fasting and eating his biggest meal 2 hours before bed helps him sleep like a baby.

O’Gallagher asked his dad how to look like one of his plastic action heroes. His dad said: ‘Work out.’ When O’Gallagher was 9, his dad bough an adjustable set of dumbbells, which young O’Gallagher begged to use until his father finally relented.

O’Gallagher’s father was a real estate mogul. He passed away when O’Gallagher was just 11 years old.

While his father built a real estate empire, O’Gallagher says he will not receive any inheritance money until he turns 30. Doesn’t look like he’ll need it.

O’Gallagher wanted to share his passion and started a YouTube channel on fitness when he was just 15. He earned a little too much attention for his tender age and shut it down. But fellow classmates already knew about his talents and continued to work out with him and ask advice, keeping the flame of passion alive.

O’Gallagher credits fitness guru Rusty Moore for being his mentor in the fitness biz. Although many call O’Gallagher an ‘overnight sensation,’ in fact it took long days and a lot of sweat equity to get his site up and going.

O’Gallagher said he used to live primarily in the future, thinking fulfillment would show up later. His a-ha moment came when he realized that achieving certain goals only offer brief moments of excitement that soon fade, and that the journey is where the enjoyment is found.

O’Gallagher on his Father’s Passing

‘It put a lot of pressure on me to figure out how to make something of my life on my own…I wanted to make him proud, and I wanted to work twice as hard.’

O’Gallagher on Living in the Present

‘One of the greatest realizations of my entire life was when I realized that the present moment is all we every have.’

‘I think the best education is outside university.’

O’Gallagher on Dropping out of College

O’Gallagher on his Goals

O’Gallagher on Building a Business

‘Everyone wants to start a company, but it comes down to creating value.’

O’Gallagher on his Future 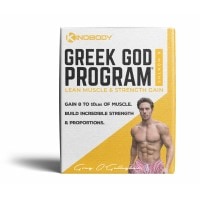 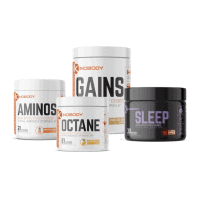 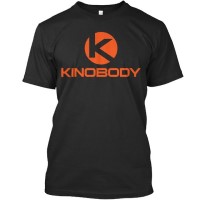 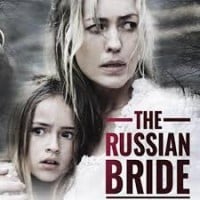 The Russian Bride
GET IT HERE 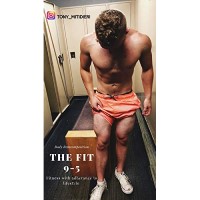