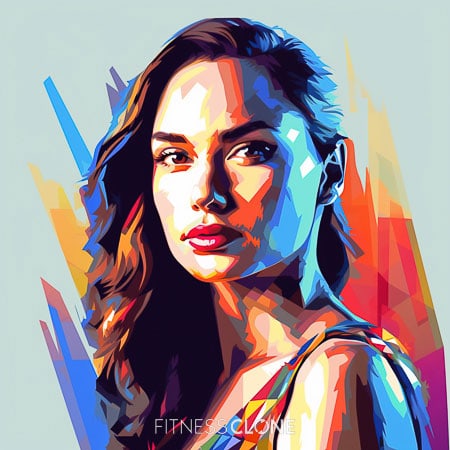 Gal Gadot is originally from Israel. Growing up, she was always a bit of a tomboy, climbing fences and playing sports. Gadot started studying law in college, but then she won the Miss Israel beauty competition in 2004, which began her modeling and acting career. Her film debut came in 2009 with the 4th Fast & Furious film. She had bigger roles in F&F 5 and 6, and also performed her own stunts, but she is probably most famous for playin Wonder Woman. Gadot is the first non-American to be cast in that role. She trained in a variety of fighting styles to prepare for Batman v Superman: Dawn of Justice, and and was highly praised for her performance. She reprised Wonder Woman in the the 2017 solo film, in 2017’s Justice League and yet again in Wonder Woman 1984 due to be released in 2020. Gadot was also the voice of Shank in Ralph Breaks the Internet.She has been nominated for and won several awards including Teen Choice, Critics’ Choice and MTV Awards. In 2020, she became brand ambassador for Smartwater. Gadot is married and has 2 daughters. She has millions of followers on social media. Gadot is 5 feet 10 inches tall and weighs about 130 lbs.

Gadot is a self-described ‘foodie’ and loves to eat. At the same time, she cares about how she fuels her body and takes care to eat plenty of fresh, wholesome foods. She is also conscious of being a role model for her daughters and makes sure to feed them plenty of veggies every day. To get in shape and build muscle for the role of Wonder Woman, she ate a lot of vegetables and protein, and drank a gallon of water each day.

To get in shape for Wonder Woman, Gadot’s trainer had her focus on eating equal amounts of leafy greens and lean protein, so lots of salad and chicken breast.

Super Way to Start Your Day

When she’s not in training, Gadot will have eggs, fruit and coffee for breakfast, along with a healthy fruit and veggie smoothie her kids will drink.

Gadot loves her coffee, and says her husband makes a mean coffee cortado.

Snacks For A Superhero

Gadot doesn’t make any food off-limits, but rather keeps her portions in check. Still, she won’t say no to the occasional cheeseburger and feels no guilt whatsoever when she does indulge.

‘I’m a foodie and I love to experience food, but at the same time I look at food as fuel and I want to give the best to my body.’

‘I’m a big fan of a good diet and healthy lifestyle. You have to eat a lot of vegetables, drink a lot of water, and stay active. I believe what we put in our bodies will reflect how we look on the outside.’

‘Drink a gallon of water each day. Not only did I feel fuller, but it made me snack less. I felt so hydrated that my physical endurance improved too.’

Gadot On Her Diet

‘I eat a lot of fish and chicken, and I make sure that around 30-40% of our family diet is made of cooked or raw vegetables.’

Gadot On Being A Role Model For Eating

‘I want to know that what [daughter Alma] feeds her body does her good.’

‘I don’t restrict myself. I can eat everything. It’s all a matter of measurements and quantity of the food.’

‘I try to eat healthy, but sometimes though, I eat cheeseburgers. That’s good for the soul.’

A Lifetime of Fitness

Gadot’s mother was a gymnastics teacher, and Gadot engaged in tons of sports, including 12 years of dance, basketball and volleyball.

To prepare for Wonder Woman, Gadot worked with trainer Mark Twight doing a variety of exercises, including cardio interval training on the rowing machine, stationary bike, squats, pull-ups and ball throws. When she’s not in training for a role, she does Pilates and yoga, but always makes a point to change things up and challenge her body.

When she’s not training, Gadot doesn’t exactly slow down. She does TRX training and SUP (stand-up paddle boarding) for her ‘fun’ exercise.

To get in shape for the first Wonder Woman, Gadot’s trainer had her do cardio circuits and weight training. She worked out one hour per day. For Wonder Woman 1984, the training went even longer.

Pack On the Muscle

Gadot put on 14 lbs. of muscle preparing for her role of Wonder Woman. She trained in sword fighting, Brazilian jiu-jitsu and capoeira.

When not preparing for a role, Gadot works out at least 3 times a week for an hour at a clip. She will use anything as her gym, including her hotel room.

Gadot On Her Height

‘My height is 178 cm [5’10”] which explains how I got on the high school basketball team. I was not an amazing shooter, but I ripped them on defense.’

Gadot On Facing Criticism For Her Body

‘They said that I was too skinny and my boobs were too small…They said my head was too big and my body was like a broomstick. I can take anything. It’s just empty talk.’

Gadot On Working Out

‘If I’m staying in a cold country, or there happens to be no gym, I’ll exercise in my room.’

‘I love [it] because it keeps you in shape and it’s meditative. The meaning of my name in Hebrew is ‘wave.’ I’m into anything that has to do with the sea.’

If Gadot takes any supplements, she’s keeping quiet about it, but if you’re looking to build muscle like an Amazon, a protein supplement won’t go amiss as it boosts lean body mass while promoting fat loss.

Creatine and BCAAs are two more go-to’s for people looking to gain and maintain muscle mass, and reduce wasting.

Beta-alanine improves performance during exercise, and reduces fatigue so you can do longer sessions.

If you’re not a fan of coffee like Gadot, you could always take a caffeine supplement which not only fuels longer workouts, but it can also burn fat and sharpen brain function. 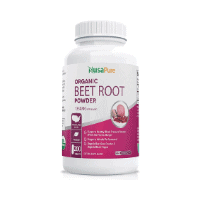 Beetroot is a non-caffeinated alternative for energy and improved exer-cise performance.

Gadot says one of her super powers is being able to fall asleep almost instantly. Along with drinking plenty of water and getting fresh air, it’s her secret weapon to help combat jet lag.

Gadot says whenever she feels stressed or overwhelmed, she takes a moment to breathe deeply.

Gadot was 5 months pregnant in the reshoot of Wonder Woman, and they draped her baby bump with a green cloth so it could be edited flat.

Gadot trained as a combat instructor for 2 years as part of her mandatory Israeli military service, and credits that experience with helping her land the role in Fast & Furious.

Gadot got beat out for the James Bond girl in Quantum of Solace by Olgya Kurylenko. Fast-forward a few years and Gadot beat out Kurylenko for the role of Wonder Woman.

Gadot is an adrenaline junkie and owns a Ducati Monster S2R.

Gadot On The Pillars Of Health

‘Poor nutrition and inadequate sleep reduce the effectiveness of weight training by 20-30%.’

‘There aren’t enough good roles for strong women…That’s why I’m so proud of the Fast movies.’

Gadot On Her Heritage

‘I don’t feel like I’m an ambassador for my country, but I do talk about Israel a lot. I enjoy telling people about where I come from and my religion.’

‘Waiting is my Enemy Number One…So I decided to put on Beyoncé. Who runs the world? Girls!…I let my anxiety go. Thank you, Beyoncé!’

‘I never thought I would win. I was shocked when they crowned me.’

Gadot On Trading In Her School Books For A Script

‘I realized it takes a lot to act, and it’s so much more interesting than going to law school.’ 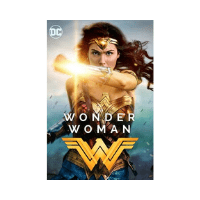 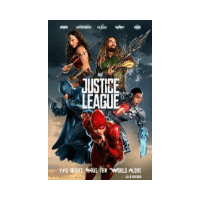 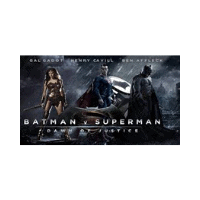 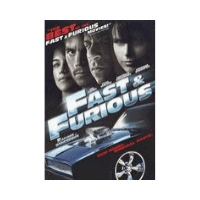 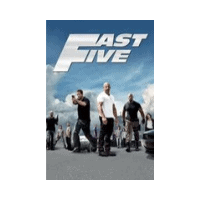 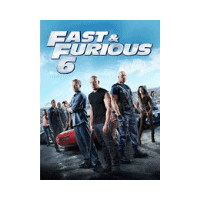 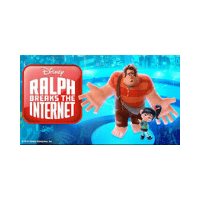 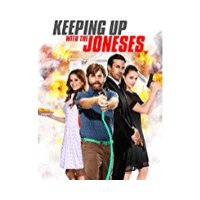 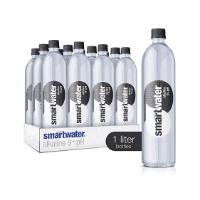 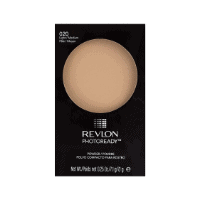 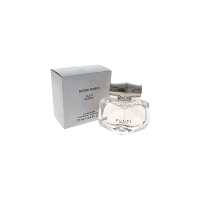 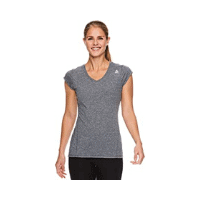 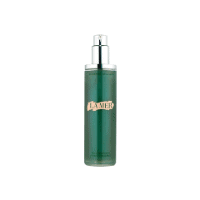 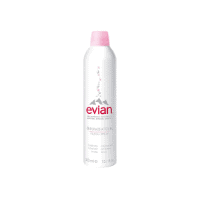 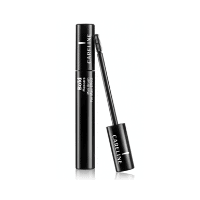 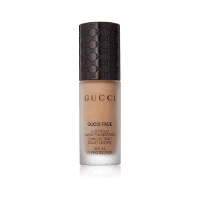 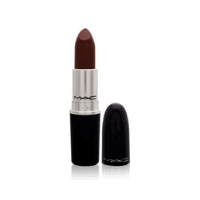