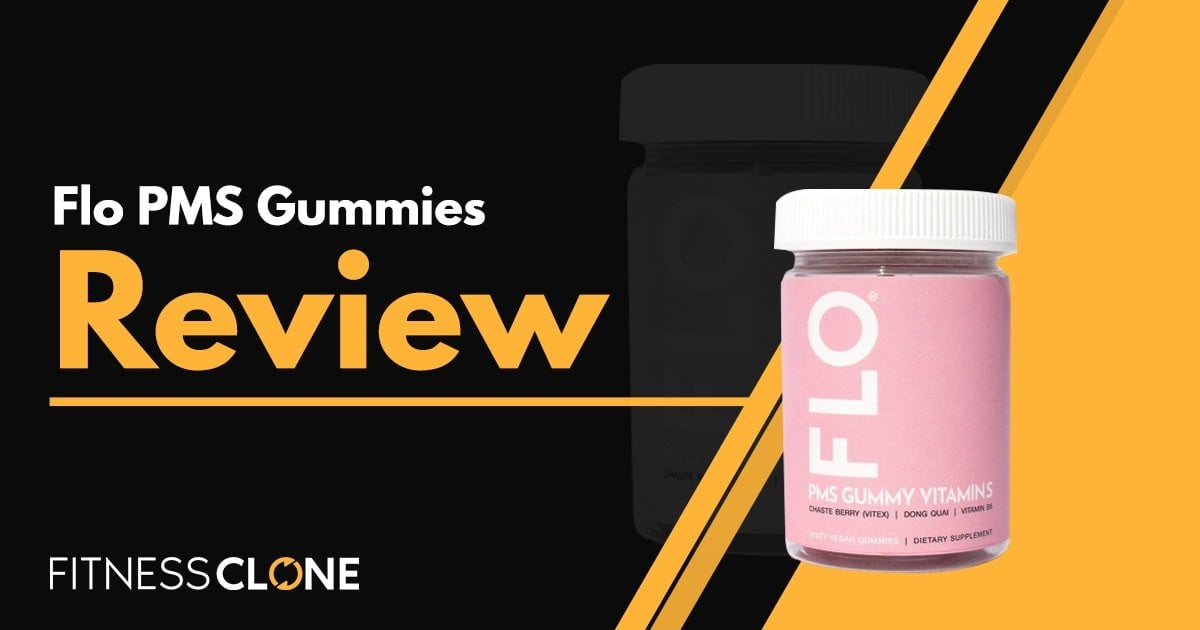 What female on Earth doesn’t despise PMS? If you’re in the ~10% of the female population who is lucky enough not to experience it, then you just go on your merry little way and don’t even read this. Enjoy your symptom-free periods while the rest of us suffer every month when Aunt Flo visits uninvited.

But wait…speaking of Flo, there’s a vitamin for that! Sure enough, FLO vitamins were created specifically to make those visits from everyone’s least-favorite aunt a little bit more tolerable. Goodness knows the symptoms can be as mild as a headache or as rough as giving birth (okay, almost). Regardless, that hormone roller coaster isn’t a fun ride, and anything that can make it a little smoother would be welcomed by women worldwide.

So, then…what’s special about these FLO vitamins—and do they work, or are they just another pretty pink gimmick? Let’s explore.

Strangely enough, FLO vitamins were developed by a brother-sister duo who saw a need and decided to fill it. They realized that the female population was in dire need of a solution to PMS, so they did a bunch of research and came up with a blend of natural ingredients to reduce monthly suffering as much as possible. Plus, they made it taste good and look cute, too.

Ask any woman if she’d like her PMS symptoms reduced, and it’s highly unlikely she would say no. Even the least of the symptoms aren’t exactly welcome monthly, and if you can reduce them, why not? Just as each woman’s cycle and symptoms are different, so will her experience with FLO Vitamins. Those who have issues with monthly acne could see a reduction in breakouts; those who suffer from bloating may notice less of that. But who knows, you may see a reduction in symptoms you didn’t even realize you had! So the benefits may differ, but the results will likely be all positive.

Dong Quai. This root plant, also ironically known as female ginseng, is often used for alleviation of menopausal and menstrual symptoms. It’s an antispasmodic, which means it helps relieve cramps. Dong quai is also anti-inflammatory, an energy booster, and a hormone balancer. It’s known for helping with headaches, anemia, fatigue, and high blood pressure, all of which make it not only ideal for women in general but especially for that time of the month. Dong quai’s only negatives are that you can’t take it when you’re pregnant—it affects the uterine muscles, so it can cause a miscarriage—and it can make you more sensitive to sun damage. But those are easily balanced.

Chasteberry. Also called monk’s pepper because monks in the Middle Ages used it to dampen sexual desire, chasteberry can help with PMS symptoms. The chaste tree looks like a pretty purple lilac plant that would grow in any garden. But its berries are powerful, easing pre-menstrual breast pain and tenderness and decreasing general PMS symptoms, including hormonal acne and moodiness. Chasteberry is known to be safe with very few and minor side effects, such as dry mouth and dizziness in a small percentage.

Vitamin B6. Known for its role in helping to reduce depression and anxiety, B6 is a logical choice for FLO Gummies. Some studies have even shown that B6 can reduce PMS symptoms, although this has yet to be proven. Regardless, B6 is excellent for the central nervous system, immune system, and heart, among other things. It can help with anemia and improve sleep quality, and those benefits coupled with its ability to help the body produce serotonin are enough to help you get through those monthly times with ease.

Other ingredients include tapioca syrup and sugar for flavor, vegetable juice for color, and a few other incidentals like maltodextrin to hold it all together. The “proprietary herbal blend” is where the chasteberry and dong quai reside along with lemon balm, another herb that helps with digestive issues, menstrual cramps, and possibly anxiety as well. Some sources list “hysteria” as something that’s improved with lemon balm—which is not out of the realm of possibility for a PMSing woman.

Overall, there seem to be no bad ingredients in the little gummies that look like tiny pink donuts. Plus, they’re vegan, non-GMO, and gluten-free.

Who is FLO Best for?

Well, FLO is clearly designed for females of reproductive age, so it won’t likely work the same for post-menopausal women or young girls. However, this group can encompass a wide age range, so it’s safe to say that FLO is best for the majority of the female population—anyone who suffers from the ups and downs of monthly cycles.

Thankfully, FLO has a section dedicated to reviews on their site. According to 315 verified buyers thus far, these little pink gummies really do work for most users. Customers report an increase in energy and a reduction in acne and breakouts, cramps, back pain, breast tenderness, night sweats, mood swings, depression, anxiety, even migraines. While 315 people certainly isn’t a large percentage of the population, it’s enough of a chunk that it’s safe to say FLO is a good bet for most women.

The overall product rating is 4.7 stars, with the worst comments being that a couple customers didn’t notice a difference. For those suffering from PMS, though, it surely can’t hurt to try! Perhaps it takes a while to take effect. Many even say they can’t live without the gummies and that their effects are magical…so it seems the claims and reality are pretty well lined up.

While the FLO vitamins themselves apparently have not had direct studies done on them, the individual ingredients have, and that’s the reason the creators selected them. Studies on Chasteberry revealed a decrease in PMS symptoms in 93% of women studied, which are very good results. Those symptoms included depression, anxiety, and cravings as well as breast swelling and pain. In fact, one study reported that over half the participants had at least a 50% reduction in symptoms with no serious side effects. That means that these three key ingredients may very well be what FLO claims: a “PMS-crushing trifecta.”

As for studies on dong quai, they found that the herb was effective in relaxing the muscles of the uterus—which, of course, is where cramps originate. The ferulic acid in the dong quai is the element that reduces muscle spasms/contractions and the anti-inflammatory that relieves bloat. It’s even been shown that dong quai works in as little as 30 minutes, which is about as quick as you can hope from ibuprofen or other over-the-counter drugs, yet it’s natural and safe. It’s also been shown in studies to be effective in reducing depression, so this little herb is powerful at relieving both physical and psychological symptoms of PMS.

When it comes to FLO’s other star ingredient, B6, it’s pretty much well-known for its beneficial properties. However, what you may not have known is that a B6 study resulted in reports of a dramatic reduction of PMS symptoms, even including normalizing appetite and craving candy! Other reductions included depression and anxiety, anger and frustration, and bouts of crying (and that’s in addition to other typical symptoms like breast tenderness and bloating). The bottom line, we all know B6 is good, but studies proved that it’s awesome.

Where to Buy FLO Vitamins

FLO Gummies are available on their site, flovitamins.com. A single bottle is $29.99 and two bottles purchased together is $49.98, saving you $10. Or you can subscribe monthly for $24.99, saving $5 per month. You can cancel your subscription at any time, which is always positive, and your sub gets you free shipping.

It should be noted that while FLO calls these “vitamins,” it doesn’t appear that they are designed to replace a multivitamin. FLO Gummies is a supplement designed to be taken daily and consistently in order to receive maximum hormone-balancing benefits.

While the ingredient list in FLO PMS Gummy Vitamins is pretty short, that doesn’t mean it’s not effective. With all the factors affecting hormones in today’s world, it surely can’t hurt to take a tasty little pink gummy that may give Aunt Flo a wake-up call. She won’t forgo her monthly visits, but she might just be a little less noticeable when she’s around.

FLO PMS Gummy Vitamins is an all-natural PMS gummy which helps in making your period bearable. Does it actually do what it says it does? Read our review to find out!

Disclosure: Some of the links in our articles are from our advertisers. Learn more about how we make money. 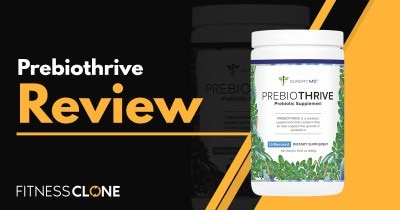 PrebioThrive Review – Is This Prebiotic Supplement Worth the Money?

Looking for a supplement that can provide you with the highest quality prebiotics and improve your overall gut health? That's exactly what Prebiothrive aims to do. Read our in-depth Prebiothrive review to learn how this supplement works, what you can reasonably expect... 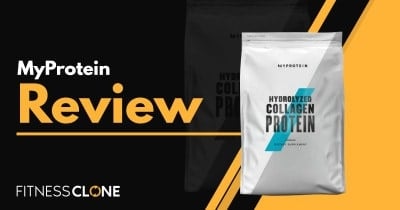 MyProtein Review – How Does This Protein Powder Measure Up?

As you start to work out more and more, you may begin to search for a shake that can boost your high-quality protein intake, and is possible that it can taste good. That is where a good protein shake comes in, and this MyProtein review is just what you need to choose... 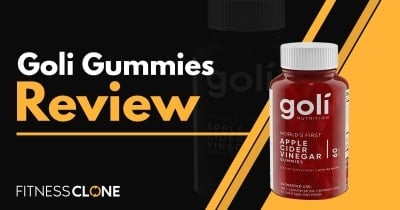 Goli Review – Are These Apple Cider Vinegar Gummies Worth The Money?

Whether you are looking for a supplement that could help a wide range of problems, or want to try something new, this Goli apple cider vinegar gummies review is just for you. Apple cider vinegar is a natural tonic that many people rely on as a nutritional supplement,... 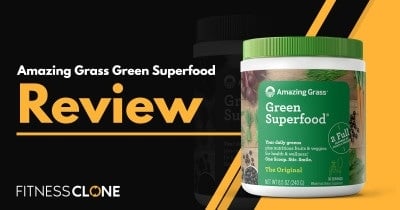 Modern diets do not always deliver what your body needs. The rise of green nutritional supplements provides an easy way to fill in those gaps and keep you satisfied.  If you have been eyeing another green powder, take a look at this Amazing Grass green superfood... 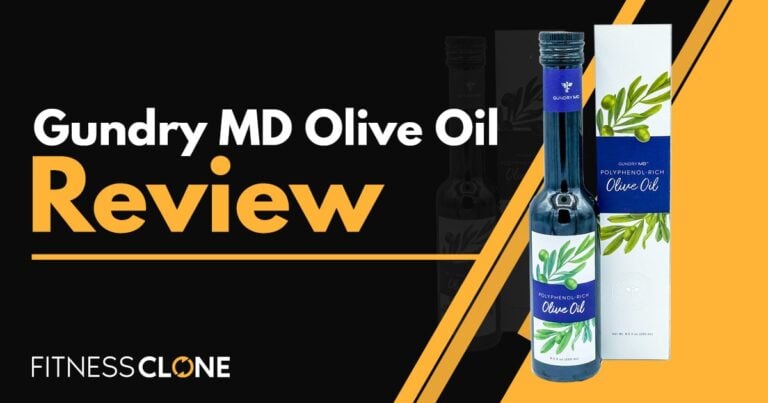 Gundry MD Olive Oil Review – How Good is it Really?

Cooking oils are an awesome and helpful addition to food, but did you know some have great health benefits as well? Depending on the oil, it can actually help or harm your body. One oil that can be used as a cooking aid, but also considered a “health supplement” is...

What if you could take a dietary supplement that would suddenly help increase your cognitive function, mental processing and give you an energy boost? This Alpha BRAIN review will help you decide if taking Alpha BRAIN is the right choice for you and your lifestyle....