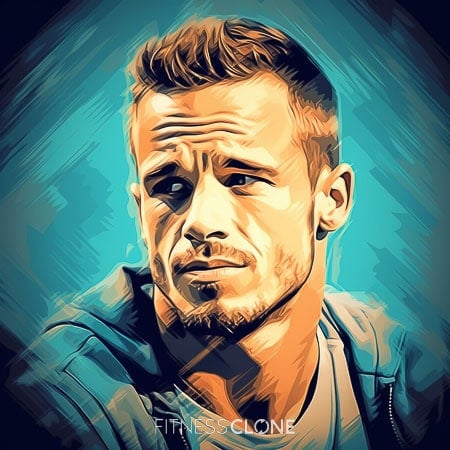 Cameron Gigandet is from Washington state. After graduating high school, he moved to California to attend Santa Monica College. Gigandet’s tv debut came in 2003 with a guest appearance in CSI: Crime Scene Investigation. He then landed recurring roles in shows like The Young and the Restless and Jack and Bobby. In 2005, Gigandet was cast in The O.C. He also starred in Ice and Reckless.His big breakthrough came in 2007 when he was selected to play in Twilight for whichhe won a ‘One to Watch’ Young Hollywood Award. Other film credits include Never Back Down and The Magnificent Seven. Gigandet does not have much of a presence on social media. He has 2 daughters with girlfriend Dominque Geisendorff. He is 6 feet, 1 inch tall and weighs about 175 lbs.

To play in Never Back Down, Gigandet got his body fat down to 6-8%. His diet was simple but strict: focus on protein and avoid carbs. He ate 1.0-1.5g of carbs per pound of body weight and did not consume carbs after 6 pm. He would eat every few hours, adding up to 6-7 smaller meals per day. His staples were lean poultry, fish, eggs, veggies, berries, oatmeal and plenty of water. Junk food was not on the menu at all. He supplemented with a multivitamin and protein shakes. He doesn’t have much of a sweet tooth but he is a fan of scotch and beer which he indulges in if he isn’t training for a special role.

Gigandet’s Never Back Down diet was simple if not easy to follow: eat nutrient-dense foods, prioritize protein, and no junk.

Gigandet stoked his metabolism by eating meals at regular intervals, every couple of hours throughout the day. He would avoid carbs in the evening.

While he was prepping for Never Back Down, Gigandet ate completely clean with no cheats.

Gigandet drinks his obligatory water and protein shakes, but when he’s free to enjoy an adult beverage, he’ll go for scotch on the rocks, wine, an old fashioned or a beer. His favorite coffee drink is a caramel Frappuccino.

Gigandet on His Favorite Drinking Buddy

‘My dad. He likes Old Fashioneds.’

Gigandet on His Favorite ‘food’

‘I could probably have caramel Frappuccinos for the rest of my life.’

Gigandet worked hard training for Never Back Down and holds a black belt in the Israeli martial art krav magabut he doesn’t consider himself to be a ‘real’ martial artist.

Gigandet worked hard training for Never Back Down and holds a black belt in the Israeli martial art krav magabut he doesn’t consider himself to be a ‘real’ martial artist.

Gigandet takes weekends off to rest and recuperate. But that doesn’t mean he isn’t active. He’s always chasing his kids around.

Gigandet focused on 1 body part per day, and prioritized higher reps over heavy weight, which gave him a lean, ripped physique.

Gigandet focused on 1 body part per day, and prioritized higher reps over heavy weight, which gave him a lean, ripped physique.

Gigandet on His Active Lifestyle

‘It’s such an insult to actual marital artists to say that I do martial arts.’

Gigandet on learning martial arts for a role:

‘It’s been great having my little girl. It’s like having a workout 24 hours a day. I don’t need to go to the gym! I’m chasing after my daughter everywhere she goes.’

‘It’s been great having my little girl. It’s like having a workout 24 hours a day. I don’t need to go to the gym! I’m chasing after my daughter everywhere she goes.’

Gigandet used protein shakes to get ripped. Protein helps you bulk up, boosts metabolism, and staves off hunger.

A multivitamin is a must for Gigandet to be sure he’s hitting all his essentials.

Gigandet describes his fashion sense as ‘putting on whatever is clean.’ He’ll sometimes be in the mood to wear a suit, but mostly he’s a tee shirt and jeans kind of guy.

Gigandet says he doesn’t live in LA for the weather. He’d prefer to live somewhere with more rain.

Gigandet says his secret skill is that he’s quite a killer at ping pong.

Gigandet admits to having regrets about some of his tattoos, and has analyzed them to death.

The Bad Taste of the O.C.

Gigandet slammed his former O.C. castmates in an interview, calling them ‘miserable.’ No surprise that he does not keep in touch with any of them.

Gigandet on His Life’s Path

‘I don’t actually go out and pursue a route that will fit me best, it’s just that something comes to me and I enjoy it and want to be a part of it.’

Gigandet on Playing a Vampire

‘I’m a bad, bad vampire. Well, so everyone else thinks. I think I’m just misunderstood.’

Gigandet on Playing in The O.C.

Gigandet on His Roles vs. His Real Personality

‘I’ve played so many jobs where I’m fearless, but it’s far from me. I wish I were like that in real life.’

‘I don’t understand it. It’s so above and beyond me.’

Gigandet on Living in the Present

‘The future doesn’t matter if I don’t enjoy what’s going on right now.’

Gigandet on Areas Where He Needs to Improve

‘I’m not bad at anything so…Oh, being humble! Ha ha, just kidding. Poker. Or am I bluffing?’ 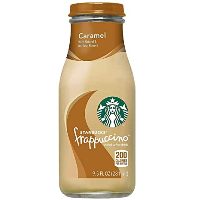 Caramel Frappuccino
GET IT HERE

E-Z bar
GET IT HERE