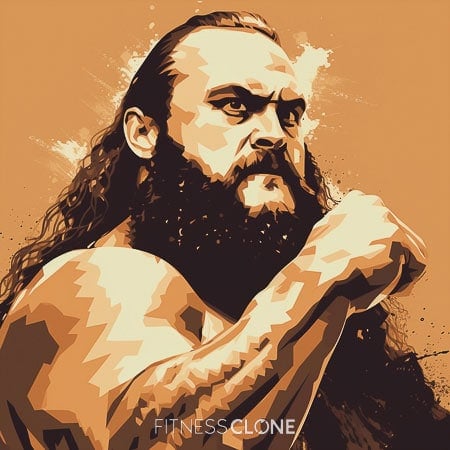 Braun Strowman is the stage name of Adam Scherr. He was born in South Carolina and his father is a famous softball pitcher, Rick ‘Crusher’ Scherr. Strowman was a 3-sport athlete in high school: football, track and field, and wrestling. He entered the 2007 NFL Scouting Combine, but did not go pro. Strowman started competing in amateur strongman competitions in the late 2000s and won the NAS Amateur National Championship in 2011. He signed with the WWE in 2013 and won several championships including the Universal, the Intercontinental, 2 Raw Tag Teams and Wrestlemania 36. Strowman has appeared on the big and small screens, including in Holmes & Watson and Ryan’s Mystery Playdate, and an upcoming Amazon Prime series based on the God of War video game. Strowman is also involved with #ControlYourNarrative, a blend of wrestling, reality show, and cinema. He has millions of followers on social media. Strowman is 6 feet,8 inches tall and weighs about 385 lbs.

Strowman is a beast and he eats like one too. While competing as a strongman, he would eat an incredible 15,000 calories a day, mostly in the form of cheeseburgers, and weighed in at 418 lbs. He is down from his peak, but he still eat a lot. He often has 3 entrees at one meal. Chipotle is one of his favorite places to dine out. He’ll have a burrito bowl with rice, grilled veggies, guac, corn, sour cream and 5 scoops of meat. He says some wrestlers stress about eating, but he just gets down to business.

Strowman prioritizes all macronutrients: protein, fat, carbs. He eats a ton of everything.

Strowman actually does watch his carb intake sometimes, cycling between low, medium, and high so he can cut fat without sacrificing muscle.

Strowman loves Chipotle, a favorite of lots of pro athletes who spend a lot of time on the road because it offers healthier options like grilled veggies, beans, brown rice, and guacamole. (Just steer clear of the deep fried chips.)

Strowman says finding the right time to eat can be tricky with his show schedule. He says you can’t wrestle if you’re too full, plus there is performance anxiety. His weight can fluctuate as much as 25 lbs. a day when performing.

Strowman on His Approach to Food

Strowman on His Incredible Diet

Strowman on His Strongman Intake

‘I drank almost an entire kilo of protein powder each day. I’d stop on the way to training and eat 5 double cheeseburgers.’

Strowman on His Bulking Diet

‘Diet updated since I haven’t posted a progress pic in a bit. Trying a clean-ish bulk diet.’

Strowman on Slimming Down

Strowman on His Similarity to Bovines

Strowman on His Strongman Diet vs His Diet Today

‘I didn’t know the best way to eat and I wasn’t anywhere near as meticulous on my diet as I am now.’

Strowman was always into sports as a kid. He played 3 in high school, and flirted with going pro with football before deciding instead to pursue a career as a strongman.

Unlike a lot of sports, the WWE does not have an off-season. Strowman says wrestling requires a careful balance of diet, strength and rest, but he loves it.

Live Life to the Max

When he’s not pounding opponents in the ring or flipping ambulances for promotional stunts, Strowman likes to get out and chase wild boar in his home state of North Carolina. He is a humane hunter and does catch-and-release, at least some of the time.

Strowman does high-intensity interval training on a bike every morning before eating (although he will have coffee). He’ll do a couple of minutes going all out with a 30-second rest, which he says mimics a bout in the ring.

Stunts Are Workouts Too

Strowman has performed many stunts for the WWE, including flipping an ambulance, pulling apart a tv set, and destroying a WWE production truck.

Strowman does fairly standard gym routines and some crazier ones, but he says you don’t need fancy equipment to get a good workout in. Use your creativity to turn ordinary objects into exercise equipment.

Simulated Car Deadlift:
Set up squat rack with 2 bars. Stand in between them, grab hold with each hand, and deadlift.

Military Press as Log Clean & Press
Rather than using a Strongman training log, do a seated military press on a flat bench without back support. Start out with dumbbells, then move up to weighted barbell.

Smaller Tire for Monster Truck Tire Flip
Not everyone has access to those enormous truck tires that can weight up to 1,700 lbs, but your local garage may have some truck tires you can score for free.

Replacement Yoke Race
To simulate the Strongman yoke race, load up a bar, lift it 4-5 inches, and hold for 30-60 seconds. Take care not to try to lift too much.

Sand Buckets for Farmer’s Walk
To improve grip strength, load up 2 bars on a squat rack. Stand between them and hold them up for a minute, or as long as you can.

Strowman on The Mind-body Connection

‘The mind and muscle connection is a real thing. What the human body can do is so cool if you are willing to put a little work in.’

Strowman on His Routine

‘When I’m not around flipping ambulances, I’m in the gym stacking plates and banging weights.’

Strowman on The Importance of Cardio

‘You have to keep that engine burning.’

Strowman on The Advantage of The Seated Military Press

‘Your core has to stabilize and keep you from falling off the bench.’

Strowman on Doing a Tire-flip Workout

‘Tire flips are a total body workout…That’s something that will really test your cardiovascular system.’

Strowman on The Dangers of The Yoke Race

‘I’ve seen guys getting pretty much mouse-trapped, not being able to support the weight and their core gives out.’ 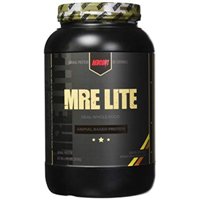 Strowman uses Redcon1 MRE Lite protein powder, which he has with breakfast, after his first workout. 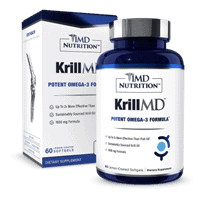 Strowman takes fish oil in the morning to combat inflammation, boost mood, and for overall health. Get it here 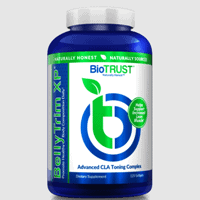 Another morning supplement for Strowman is CLA (conjugated linoleic acid) which boosts metabolism. Like the omega-3s in fish oil, it also offers anti-inflammatory effects and helps relieve joint pain. Combining the two can offer synergistic effects. 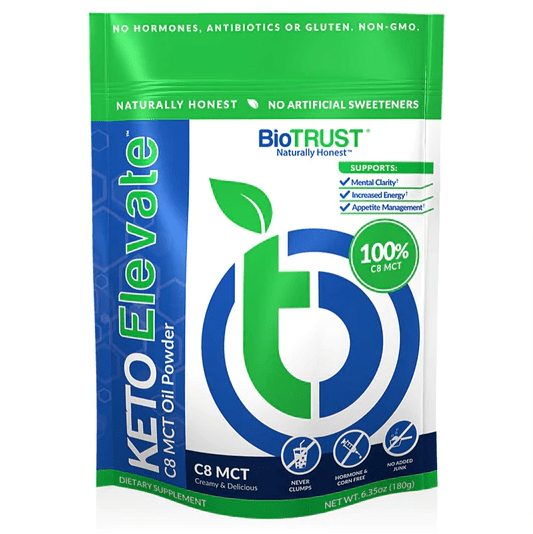 Also on Strowman’s morning roster is MCT oil, which is good for revving up metabolism, and improving energy and focus. 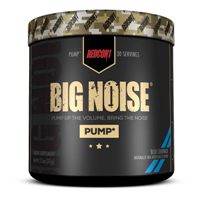 Before his weight lifting routine, Strowman will have Redcon1 Big Noise and 5 g of citrulline to improve endurance, focus, and circulation. Get it here 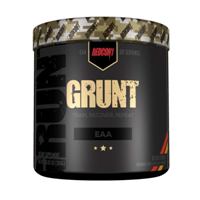 After his workout, Strowman will have 2 scoops of sugar-free Grunt EAAs (essential amino acids) which speeds recovery, grows muscle, and reduces wasting.

Strowman takes ice baths regularly after a hard workout, at the gym and post-match. He’s also a fan of infrared therapy, and any natural way to speed recovery.

Strowman enjoys entertaining other people, but what really charges him up is seeing people who feel inspired to get into shape because of him.

Besides acting, Strowman has ambitions of entering a bodybuilding competition.

Strowman has spoken openly about his mental health struggles with the goal of removing the stigma and encouraging people to seek help.

It just flushes all that lactic acid out that wants to build up in your muscles…I run hot so it cools me down.’

‘I do infrared therapy; I do everything I can to fight Father Time.’

Strowman on His Childhood Wrestling Idol

‘Who didn’t want to be Goldberg when they were a young kid?’

Strowman on Giving a Good Show

‘Our fans…work hard and pay money to see us, and I want to make sure that they get their money’s worth.’

Strowman on His Fans

‘It’s been really awesome seeing all the people that I’ve inspired to help change their lives…Being a WWE Superstar is about changing people’s lives.’

Strowman on Appearing in a Bodybuilding Contest

‘I think it would be hilarious seeing me on the stage at 330 lbs. where everyone else is probably around 180 lbs.’ 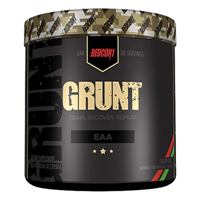 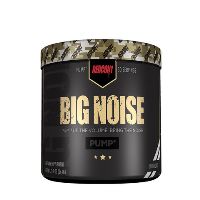 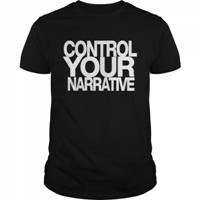 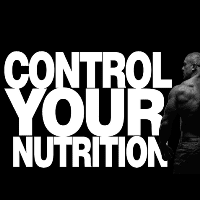 Control Your Nutrition
GET IT HERE 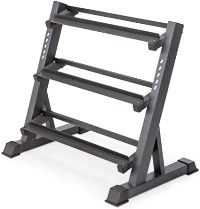 Weight rack
GET IT HERE