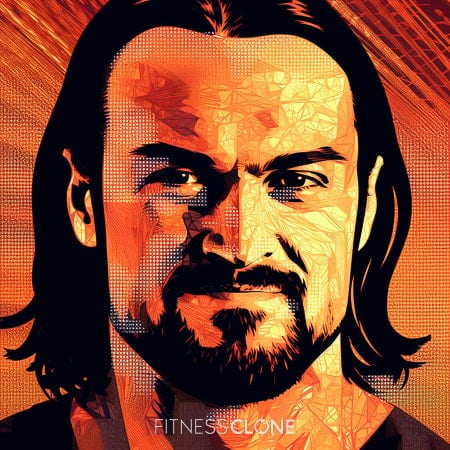 From Scotland, Drew McIntyre is the professional name of Andrew Galloway IV. He was interested in playing soccer professionally as a kid, but by age 15, McIntyre set his sights on pro wrestling. Nonetheless, he did not neglect his studies and holds a master’s degree in criminology from Glasgow Caledonian University. McIntyre trained at the Frontier Wrestling Alliance Academy with British pros including Mark Sloan, James Tighe, Doug Williams and Paul Burchill. McIntyre’s debut came in 2003 at the British Championship Wrestling show. He lost a fair number of those early matches and has suffered some major setbacks like getting fired by the WWE. But McIntyre persevered, and has gone on to win 5 world championships: the WWE and WWE Raw Tag Team twice each and the Intercontinental WWE. McIntyre took down Brock Lesnar to become the first British citizen to win the WWE. He wrote a book about his rollercoaster path to the top. He is married and lives in Florida. McIntyre has over a million followers on social media. He is 6 feet, 5 inches tall and weighs about 265 lbs.

McIntyre is a big guy. His metabolism is very fast and he has to eat a lot to maintain his musculature. He is also very busy and so he uses a meal prep service to save time and brain space. His macros are counted for him so there’s no guesswork. He’ll have 3-4 prepped meals a day. They are high in protein and low to moderate in carbs, and might be anything, including healthy versions of pizza and burritos. He also makes some of his own meals, like an 8-egg omelet for breakfast. He stays hydrated with plenty of water.

After breaking his neck in 2014, McIntyre wanted to do everything he could to heal. His wife suggests focusing on diet, and it was a game-changer for him.

McIntyre has had a lot of ups and downs in his career, but one thing he doesn’t like to mess around with is his diet. He eats clean year round, rather than take time off and then have to work hard to get back into shape. He likes to look, and feel, good all the time.

To help him eat healthier, stick to his macros, and save money, McIntyre uses a meal prep company. His pre-made meals have around 50g protein and 20-30g carbs, and are way better than fast food.

McIntyre on His Revamped Diet

‘I could see the difference in my physique within a month of changing my meals.’

McIntyre on The Importance of Diet

‘It [eating right] makes all the difference, especially when you’re traveling.’

‘I eat as much as possible — and Brock Lesnar is much the same — to maintain the size and energy.’

McIntyre on The Need to Eat

‘If I don’t eat enough, I drop weight like crazy.’

McIntyre on Prepping for a Match

‘When it comes to diet and fitness, I don’t change anything in the run up to a big pay-per-view event.’

McIntyre on His Approach to Health

‘My philosophy is to look good all year round, rather than look decent, and then look really good for WrestleMania.’

McIntyre and many other WWE stars including John Cena and Nikki Bella use an app created by fitness trainer Rob McIntyre (no relation to Drew).

McIntyre says that when he listens to Brock Lesnar’s theme song, he is able to lift more at the gym.

Unlike a lot of pro wrestlers, McIntyre likes to keep his routine simple. He doesn’t spar too often when he’s doing shows and he isn’t into fads like CrossFit because he says wrestling is hard enough on the body.

McIntyre usually trains 4 days a week, in addition to his 4-7 wrestling matches each week.

One of the things McIntyre likes about his fitness app is that he never knows what’s coming and so it keeps things fresh.

McIntyre does a lot of drills on muscles that are prone to injury, such as the rotator cuff.

McIntyre is very keen to have a long career and prevent injury, and so he does stretches, both static and dynamic.

McIntyre on Size vs. Speed

‘I’ve got to be functional, especially when wrestling someone like Brock Lesnar who is just an absolute giant freak of nature. He’s big and fast and strong.’

McIntyre on His Fitness Goals

‘I want to be as big as possible but maintain my speed and be known as the bigger, more athletic guy.’

‘I normally listen to it when I’m struggling on my heaviest sets in the gym and suddenly I’d be able to squat more than I ever have in my life. I’ve done that for years.’

McIntyre isn’t dishing on any supplements he takes, so below are options that can benefit anyone following a similar diet.

Protein is always a smart move when you’re looking to bulk up while staying lean.

Creatine is another top pick for serious athletes looking to boost power and strength.

A pre workout can help you last through tough sessions at the gym and branched-chain amino acids (BCAAs) are a smart choice to maintain muscle and reduce recovery time and post-workout soreness.

If you struggle to put on weight, a weight gainer can help you get the calories you need.

B vitamins are needed by the body to perform all sorts of important functions, including digestion and energy production.

Omega-3s are essential to combat inflammation and for brain health.

Vitamin C is another essential nutrient that is required to synthesize collagen, growth hormones, and make iron more bio-available. Vitamin C is also a powerful antioxidant that fights damage to cells, making it an all-around winner.

When McIntyre broke 2 vertebrae in his neck, he took what he calls the ‘John Cena’ approach to recovery. He went full-throttle, doing rehab twice a day, 6 days a week for a few weeks. His doctor was amazed and called him a cyborg.

McIntyre became depressed and took to drinking after his mother died at age 51. This led to him getting booted from the WWE. He credits his wife with helping him get back on track. Writing his memoir was also cathartic for him.

McIntyre had laser focus on his goal of being a WWE superstar, despite no one from Britain ever winning it before. When people said, ‘Why you?’ he would reply, ‘Why not me?’

McIntyre wrestled Brock Lesnar during the pandemic, which meant no crowds. When he won the match, all he heard was the resounding sound of silence in the empty arena. He says it was a bit surreal, but he was still totally stoked.

McIntyre says he spent a lot of time trying to please other people and that he used to let the pressure get to him, but now he just gets out there and gives his all.

McIntyre and his wife don’t have any kids, but they do have dogs that they love like children.

McIntyre on Changing His Mindset

‘It was very clear that I wasn’t giving my all in the past, not even close.’

‘I just kept on believing, had a lot of bumps along the way, and it finally happened.’

McIntyre on His Wife

‘Without my wife, there’s no Drew McIntyre.’

McIntyre on Being Part of the WWE

‘I thrive on any opportunity to entertain.’

McIntyre on his Success

‘I achieved more than anyone or myself could ever have dreamed.’

‘I want to inspire people and show people, no matter how much you get knocked down, you can pick yourself up. Just keep pushing forward, keep being positive.’

McIntyre on Media Coverage of His Match Against Brock Lesnar

‘I loved every second of it, but it was basically all day, every day.’ 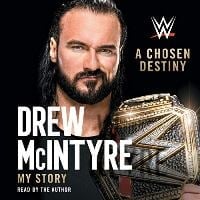 A Chosen Destiny
GET IT HERE 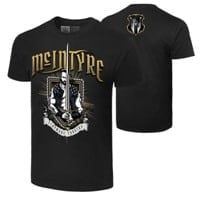 Drew McIntyre merch
GET IT HERE 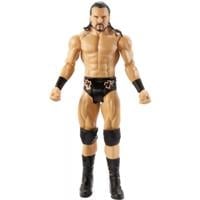 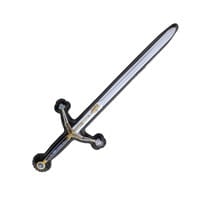 Drew McIntyre light up inflatable sword
GET IT HERE 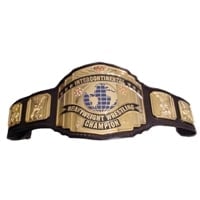 Wrestling belts
GET IT HERE