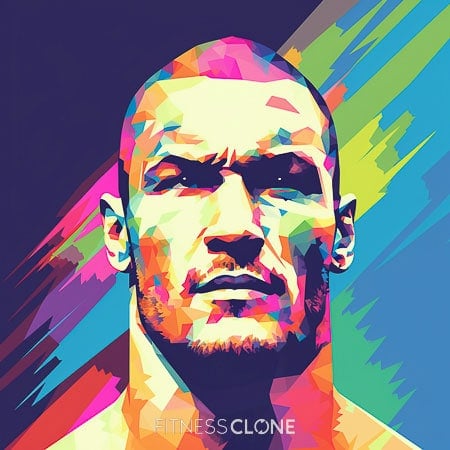 Randal Orton is from Tennessee. Wrestling runs in the family: his grandfather, father and uncle were all professional wrestlers. After high school, Orton enlisted with the Marines but was discharged for bad conduct in 1999. Orton’s wrestling debut came in 2000 and he signed with the WWE in 2001. In 2004, ’the Legend Killer’ Orton became the youngest man in history to win the World Heavyweight Championship, and he has gone on to win many more titles. Orton is an 8-time WWE Champ and a 3-time WWE Heavyweight Champ. He has also starred in action films including The Condemned 2 and 12 Rounds 2: Reloaded. He is married to a former member of his fan club, Kimberly Kessler, and they live in Missouri. Orton has millions of followers on social media. He is 6 feet, 4 inches tall and weighs about 245 lbs.

Orton takes his diet seriously. He eats plenty of protein from clean sources like chicken, fish and eggs, and more than half of it comes from protein supplements. He generally eats low-carb, but he will have potatoes, brown rice, oatmeal, and sometimes pancakes. He avoids all carbs after 8 pm but loads up on protein to help him sleep and recover. He gets his fats from fish, especially sushi. He is an extremely clean eater and virtually never eats junk food.]o6′

Pile on the Protein

Orton eats about 250 grams of protein every day, but about 60% of it comes from supplements. The rest comes from things like egg whites, chicken, fish, steak, and cottage cheese.

Send in the Sushi

Orton loves sushi and will have it at least 3x a week. Fish contains essential fatty acids (EFAs), is anti-inflammatory, and can help you sleep better.
\

Orton believes in healthy eating and almost never eats junk, although he has been known to enjoy a little ice cream on rare occasions.

Orton on His Diet

‘My diet is actually fairly simple. I stay away from carbs after 8pm or so.’
{

’As far as carbs go, I eat a limited amount, usually from mostly potatoes.’

Orton on his Favorite Cheat

‘If I have a sugar tooth, I like ice cream.’

Orton switches up his exercise routine about every 3 weeks to keep his muscles from getting used to the work.

Orton has every intention of going the distance, so he is doing everything he can to keep his body in shape.


Orton works out 4 days a week for about 2 hours at a clip. He alternates with days of rest to allow for sufficient recovery.


Because he has been injured multiple times in his career, Orton prefers to go with less weight and more reps.


Orton usually does 3-5 sets per exercise. The first one is a warm-up set while the final one he does to failure.

Orton on Improving his Exercise Plan

‘I slowly evolved my routines to higher reps, attacking fast-twitch muscle fibers, wanting to be built for speed and stamina. I don’t go too heavy.’

‘The injuries I’ve sustained caused me to take a step back and reassess how I was going about workouts in the gym.’
{

Orton on the Mental Aspect of Prepping for a Match

‘Even more than a physical thing, I think it’s more of a mental thing. It’s being focused.’
{

Orton on his Exercise Routines

‘My workouts have really evolved over the years.’

Besides for protein, Randy Orton hasn’t shared too much information on his supplements. The following are supplements that may benefit those who want to follow a similar diet and workout plan as Orton. 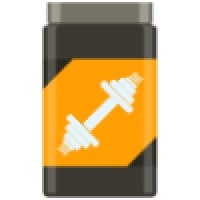 Creatine is a smart pick to improve gains, performance and overall strength.

BCAAs or branched-chain amino acids are a favorite among serious athletes because they promote muscle growth and reduce muscle loss.

HMB (beta-hydroxy beta-methybutyrate) is a molecule that occurs naturally in the body, and by supplementing you can reduce muscle breakdown.

If you already eat a lot and still struggle to build and keep muscle, a weight gainer can help you pick up the necessary calories to grow.

Orton believes in the importance of rest and recovery, and is doing everything he can to extend his career.

With so many pro wrestlers in the family, Orton’s tried to dissuade him from taking it up as a career saying life on the road is hard. He chose it anyway.

Orton has been open about his struggles with substance abuse including an overdose in 2006. He has also attended anger management classes.

Orton had a USMC tattoo on his arm but covered it up once he was discharged for bad conduct. He also has tattoos with personal meaning, such as his daughter’s name.

Orton’s charity work includes the Kids Wish Network, the Make-A-Wish Foundation and Tribute to the Troops.

Orton on His Training

‘With these injuries, I had to make sure I could recover.’

Orton on His Success

Orton on His Inspiration

‘When I walk into the ring, I hear voices telling me what to do, and sometimes it’s not the right thing but it’s definitely damn entertaining.’
{

Orton on Doing What it Takes to Defend his Title

‘I’d RKO my own grandmother if it meant keeping this title. Then I’d RKO your grandmother just to see the look on her face.’
{

‘If you hadn’t noticed, I like to talk about myself.’ 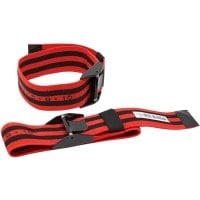 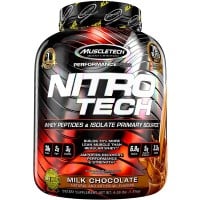 NitroTech protein supplement
GET IT HERE 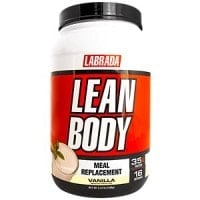 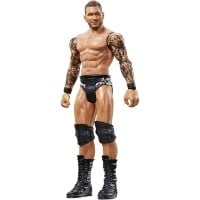 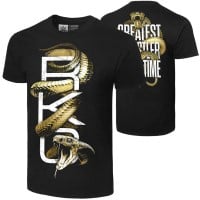 Randy Orton t-shirts
GET IT HERE 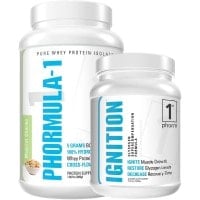 1st Phorm nutrition
GET IT HERE 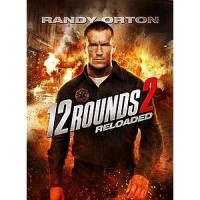 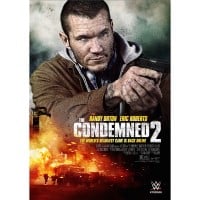 The Condemned 2
GET IT HERE 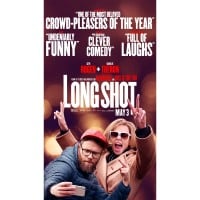 Long Shot
GET IT HERE