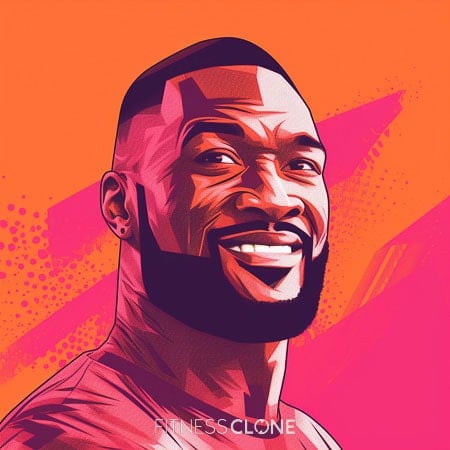 Growing up in Brooklyn, New York, Michael Rashid’s family didn’t have much money. His dad had his boys do things like chop wood and sprint in sand to get fit. Rashid had his first boxing match at age 12. He went on to become a pro and won 2 National Golden Gloves awards. In his late 20s, Rashid transitioned to power bodybuilding and became a WBFF Pro. He also started a fitness channel. He has a line of supplements called Ambrosia Collective. Rashid has millions of followers on social media. He is 5 feet, 11 inches tall and weighs about 220 lbs.

Rashid’s approach to eating is as radical as his workouts. He often eats just 1 meal a day, usually a big tray of roasted vegetables, and a protein shake. He went vegan for a time, but he has since backed off eating exclusively plant-based foods because he found he was taking in too many carbs and not enough protein to maintain his physique. Rashid supplements with his own brand of plant-based protein.

Rashid followed a strict vegan diet for a while, avoiding all animal products. However, he found it hard to eat the right things while traveling, and he started getting soft from eating too many carbs. He added back in fish and a little beef to feed his muscles.

Rashid says the best diet involves clean, natural foods. If you do that, you should enjoy good health.

Rashid is a fan of eating One Meal a Day because he says it’s best for his energy levels. He doesn’t recommend it across the board, however. He says it depends on the individual. But he would recommend anyone try intermittent fasting.

‘The less you eat, the more clearly you think.’

Rashid on the Dangers of Overeating

‘Our ancestors ate a couple of times a week, if they were lucky. Food is the #1 killer in the United States.’

‘I feel better like that. I have more energy.’

Rashid on How He Used OMAD

‘When I was eating one meal a day to lose weight, I was alternating the days I would eat meat.’

Rashid on Switching to Veganism

‘I was eating one of my standard meals, a giant kale salad or two with salmon. I ate the salad and didn’t want the salmon.’

Rashid on his Reasons for Eating a Plant-based Diet

‘I love animals…but I’m not an activist for anything.’

‘I’m not a foodie. I got friends that can eat all day. I just can’t. I don’t have that kind of appetite.’

Rashid is not opposed to pushing limits and maxes out at every workout. However, he admits that if you wake up feeling exhausted, you should take the day off to recover.

Rashid says all the minor aches and pains from pushing yourself is just like life, so you should not try to avoid them because they make you stronger.

Rashid can bench 500 lbs., about twice his body weight.

In addition to pumping iron, Rashid keeps it real by doing tire flips, spars, runs out in nature.

Rashid hits the gym essentially every day. He believes the only reason to take a day off is exhaustion or illness. He works all key areas up to 3 times a week.

Rashid considers a proper warm up an essential part of his routine. He also says that to develop maximum strength, you want to increase the weight but not go so heavy you’re exhausted by the time you reach your heaviest sets.

Boxing Is the Best

Rashid boxed as an amateur and pro. He loves it because it builds stamina, strength, balance, and determination.

The bench press is Rashid’s favorite upper body exercise. For the lower body, it’s the squat.

Rashid on Maxing Out

‘Leave no stones unturned when training.’

‘I feel squats are the foundation for any athlete, in any sport.’

Rashid on The Bottom of The Squat, aka, The Hole

‘You want to get comfortable being in the hole. When you’re in the hole, that’s the most vulnerable position…that’s how you really get strong.’

‘I feel like I am somewhat of a specialist at bench press.’

‘Boxing is a physical form of chess. The difference is, in chess, you ain’t gonna get your teeth knocked out.’

‘Dont be afraid of hard work. My workouts are tough. That’s what you want. You don’t want nothing easy. Easy ain’t going to get you nothing.’ 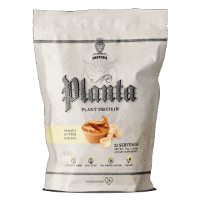 One of Rashid’s staples is his own Planta plant-based protein. Planta comes in 14 flavors and is gluten-free, soy-free, non-GMO, low in sugar, fortified with vitamins and minerals, and suitable for vegans. 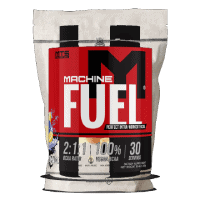 Rashid also takes BCAAs to build and maintain muscle and to recover faster. 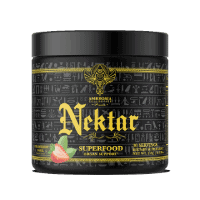 Change Your Life With Meditation

Rashid says it may sound like a cliché, but adding mindfulness into his day has made his life exponentially better, calmer, and less stressful.

Rashid names his father as his primary inspiration in his life. He says his dad taught him to be strong and independent.

Rashid takes good care of himself, including getting regular checkups to ensure his hormone levels are healthy.

In 2016, police raided Rashid’s Miami gym Iron Addicts, searching for an illegal steroid ring. Rashid was found to have no involvement with it.

Rashid once worked as a group home manager and mentor for Native Americans in the juvenile corrections system.

As a kid, Rashid was really into rap music. He used to freestyle with his friends and record it on his phone. He saved up his songs with the hope of becoming a pro, but life had other plans. He says he’s so rusty that if he had to rap today, he’d sound like a complete noob. Nas is his rapper hero.

Rashid is really into cars and he gets behind the wheel as much as he can. His dream vehicle is a new Rolls Royce Phantom.

(Not) a Serious Gamer

Rashid is into gaming, sort of. He admits to being addicted to Call of Duty once upon a time. He also likes playing Tetris when he’s getting his hair cut.

‘Since I’ve started practicing mindfulness, my life has been different. Hate to sound dramatic, but it’s true.’

Rashid on his Father

‘My father [was] a complete alpha male. A man’s man. Honest, hard-working, strong, and gentle.’

Rashid on Taking Care of Your Whole Body

‘I see all of you bada**** killing it at the gym. I love that. Don’t forget to be good to your mind. You don’t train it, it’ll become weak.’

‘I love rap with a passion.’

‘There was a couple kids that I actually wanted to adopt.’ 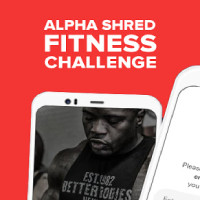 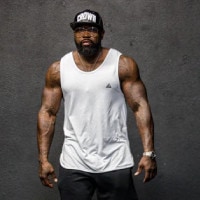 Alpha apparel
GET IT HERE 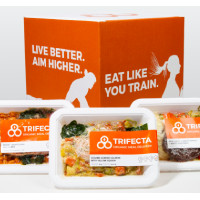 Trifecta meal plans
GET IT HERE 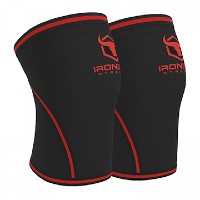 Knee sleeves
GET IT HERE