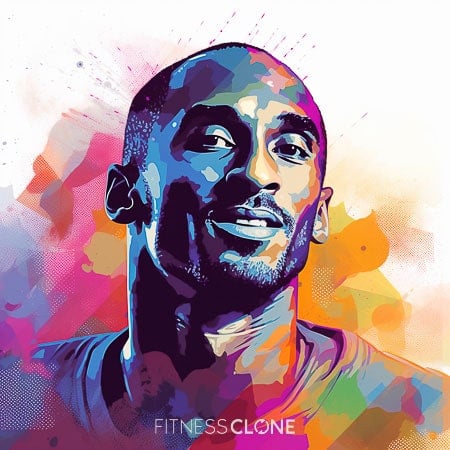 Born in Philadelphia, Kobe Bryant was the youngest of 3 boys, and he began playing basketball when he was 3. His father is Joe Bryant, a former NBA player and his uncle Chubby Cox was also in the NBA. Bryant played for his high school varsity team as a freshman and was named Pennsylvania Player of the Year as a senior. He attracted a lot of attention from colleges, but instead he joined the NBA straight out of high school and played for the Lakers for his 20-season long career. Bryant earned many awards: 5-time NBA champ, 18-time All-Star, member of the All-NBA 15 times, 12 times on the All-Defensive Team, 2008 NBA MVP, and 2-time NBA Finals MVP. He went to the Olympics twice, (’08 & ’12). At age 34, he was the youngest player to hit 30,000 points and he is considered to be one of the greatest players of all time. Bryant also won an Academy Award for his role in the animated short film Dear Basketball. His life was tragically cut short in a helicopter crash in 2020. He was married and had 4 daughters, one of whom also died in the crash. Bryant had millions of followers on social media. He was 6 feet 6 inches tall and weighed about 210 lbs.

The Lakers hired a nutrition consultant to devise a diet for the team, which is essentially a Paleo diet with a concentration on vegetables and wild-caught, grass-fed animal protein, and devoid of processed food and sugar. For the 2012 Olympics, Bryant dropped 16 lbs. by following a strict diet, but he liked the new team diet even more, after he got used to it. Bone broth became a staple in his diet. Bryant always drank a ton of water to stay hydrated, maintain energy levels and avoid cramps during his intense workouts.

Bone Up On Bones

Bryant became a big fat of bone broth for its energizing, anti-inflammatory action on his achy knees.

Nutrition for a PRO

PRO stands for Performance, Recovery and Orthogensis. Developed for the Lakers by Dr. Cate Shanahan, it included plenty of fresh vegetables, fermented foods, meat cooked on the bone and organ meats. It is essentially a Paleo-style diet.

Bryant was committed to healthy eating, but he cut loose sometimes, like a post-season trophy-sized milkshake.

Bryant on The PRO Diet

‘I’ve seen great results from it when I started doing it last year: watching your sugar intake, making sure you’re eating healthy fats…It’s worked well for me.’

Bryant on his Age-defying Performance

‘A lot of that has to do with diet and being committed to it, and watching what I eat.’

Bryant’s off-season routine was to work out 6 hours a day, 6 days a week for 6 months out of the year which builds stamina and strength.

Bryant’s knees started failing in his early 30s. He changed his diet and had a procedure which both helped him recover a significant amount of mobility.

Bryant would spend an hour and a half practicing his shots from specific areas on the court. He had to make 10 baskets from each location before he could move on to the next one.

Bryant’s 6-hour sessions were divided up into 2 hours of basketball skills, 2 hours of weight-lifting and 2 hours of cardio, such as high-intensity training and sprints.

Bryant spent at least 20 minutes dribbling and made (not just attempted) between 700-1,000 baskets each day. He would work on all different kinds of shots and footwork.

Bryant did a combination of traditional lifting which builds strength and stamina, and Olympic work focuses on vertical lift and explosive movements.

Bryant on his Fitness Level

‘I feel like I can run all day long.’

Bryant on his Workout Schedule

‘During the season, I focus a lot on weight training, obviously building up my strength level as the season progresses.’

Bryant on his Off-season Training

‘It’s about getting stronger as well, more agile. Also, conditioning plays an important part in that because you want to make sure you come into the upcoming season in tip-top shape.’

Bryant on his Knee Procedure

‘The results have been astonishing. I can run. I can train. I can do everything that I wanted to do without limping [or] my knee getting swollen.’

Bryant got hooked on bone broth and would have it every day. It is anti-inflammatory, high in vitamins and minerals, and may even help you lose excess weight. It supports healthy sleep and can help solve digestive issues such as leaky gut and inflammatory bowel disease.

Bryant didn’t dish about any supplements he may have taken, but fish oil also helps lubricate joints and reduce inflammation, while collagen helps maintain and rebuild cartilage and other connective tissues that break down as we age. For those looking to gain muscle, creatine is a good choice because it provides energy while increasing muscle mass. BCAAs are also popular with athletes and anyone looking to grow muscle and drop extra fat. Another top pick among serious athletes is beta-alanine because it boosts performance and reduces fatigue, allowing you to work out longer. Glutamine is also popular with the pros because of its ability to build and maintain muscle. If you’re planning on putting in long hours at the gym like Bryant, a pre workout is a must, helping to deliver nutrients to muscles, and to handle the stress of intense workouts.

Bryant said he never needed much sleep. He said three or four hours was plenty. While this may have worked for him, most of us need much more, closer to twice that amount.

Bryant’s knees suffered a lot of wear and tear over the years. He would use ice therapy 3x a day on his knees as well as acupuncture to help prevent further injuries.

Bryant was an ambassador for the After-School All-Stars, a charity that provides programs for over 70,000 inner-city children. He also supported Make-A-Wish, and had his own charitable foundation that supports young athletes. It was renamed the Mamba & Mambacita Sports Foundation in memory of Kobe and his daughter Gianna.

Bryant was famous for showing up at the gym by 5 am, and not leaving until 7 pm. He was the one of the first one to arrive, even when he was injured. He never left until he’d completed a minimum of 400 shots.

Bryant was more than pleasantly surprised to win an Oscar. He said it felt better than winning an NBA championship, and that he was excited to get up every day and write.

‘Sports are such a great teacher. I think of everything they’ve taught me: camaraderie, humility, how to resolve differences.’

Bryant on his Tactics

‘Winning takes precedence over all. There’s no gray area. No almosts.’

‘I have self-doubt. I have insecurity. I have fear of failure. I have nights when I show up at the arena and I’m like, “My back hurts, my feet hurt, my knees hurt…” We all have self-doubt. You don’t deny it, but you also don’t capitulate to it.’

‘As basketball players, we’re really supposed to shut up and dribble. But I am glad we do a little bit more than that.’ 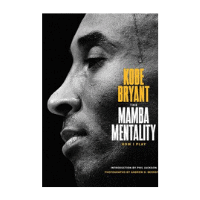 The Mamba Mentality
GET IT HERE 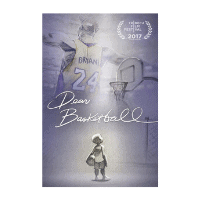 Dear Basketball
GET IT HERE 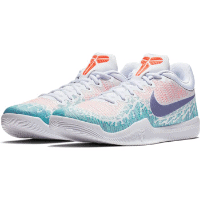 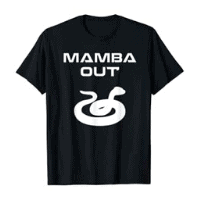 Mamba Out t shirt
GET IT HERE 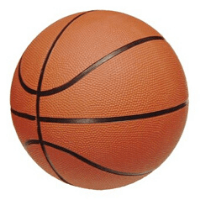