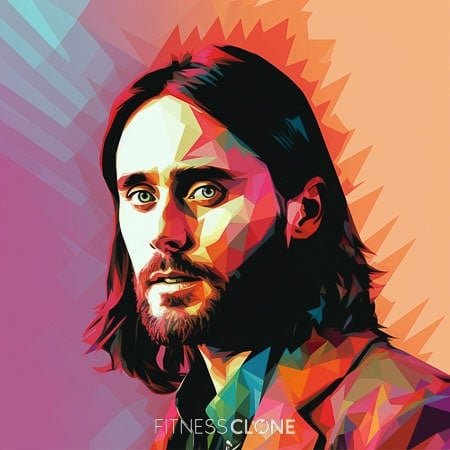 Leto famously starved himself to play the role of a drug addict and then packed on 60+ lbs. for his next role, but his normal diet is vegan. This means he avoids all animal products, including meat, fish, dairy, and eggs. Instead, he eats things like organic fruit, vegetables, complex carbs and nuts. He says a healthy diet is the only way to survive the punishing work and tour schedule and long hauls on the road. He also says he’s not a big eater and that it was extremely hard to force-feed him self to gain the weight to play the role of John Lennon’s assassin.

Leto has followed a vegetarian/vegan diet for over 2 decades, but he sometimes cheats, if the temptation is good enough. Not with a burger, but maybe a homemade cookie.

Nix the Junk & the Booze

Leto eschews refined sugar, empty-calories foods and alcohol. He says it’s the only way to stay healthy long-term. He has a vegan chef who travels with the band when they’re on tour, whipping up his faves like hot chocolate made with almond milk.

Leto had to choke down things like butter, mayonnaise and melted ice cream with olive oil to gain the weight for his role as Chapman. It not only took more than a year to lose the weight, he suffered many health problems including anxiety and other psychological issues, and some have never gone away. He says he would never do it again.

It’s probably just down to sleep and diet. If you travel long-haul a lot or don’t sleep much, it’s not going to last very long.’

Leto on His ‘Cheagan’ Diet

‘If someone’s mom made a cookie and handed it to me, I’d probably take a bite, or if I’m in Alaska and there’s wild salmon out of the river, I’d probably eat it.’

I’m trying to gain a lot of weight. It means I have to eat every couple of hours — and I’m terrible at eating a lot.’

Leto on His Weight Gain for Chapter 27

‘It took about a year to get back to a place that felt semi-normal…I’d never do it again; it definitely gave me some problems.’

Warm Ups Are No Joke

To get in shape for playing the Joker, Leto would warm up with 20 minutes on a bike, then do a bunch of push-ups, pull-ups and sit-ups to get all the major muscles ready to go.

Neither Is Regular Exercise

Leto worked out 5 days a week to get in shape for his role as the Joker: 3 days of weight training and 2 days of cardio or yoga.

Leto prefers to get his exercise out of doors whenever possible. Some of his faves are surfing, cycling, and hiking.

Leto meditates daily, both for his health and to nurture his creativity.

Leto on His Health

‘I’m pretty healthy so I think that helps a lot. I’ve been this way for a long time — 20 solid years of eating vegetarian-vegan and taking care of myself. That probably helps the preservation process.’

Leto on Meditation (as opposed to, say, drinking)

‘There are all kinds of ways to change your state of mind or to get out of yourself.’

Leto on Making Fitness a Habit

‘Being healthy is not a choice, it’s a lifestyle.’

It can be difficult to get B12 from plant-only sources but it is essential for a healthy heart and nerve function, as well as metabolism and synthesizing red blood cells. While many plants contain iron, it’s isn’t easily absorbed by the body. Likewise,

Zinc can be hard to get from plants and studies show that vegans often have lower levels of this immune boosting mineral. And if you’re looking to build muscle, plant proteins abound

Omega 3’s protect your brain and reduce inflammation. They can be found in things like walnuts and chia seeds, but EPA and DHA come from animal sources, like fatty fish. Vegans also run the risk of being low in iodine which can cause depression, weight gain and low energy.

All of Leto’s tattoos have been given by the famous tattoo artist Mark Mahoney and they’re all related to his band, such as the red glyph on his wrist.

Leto has stakes in over 50 companies, like Airbnb, Uber, Slack and Stripe. He was an initial investor in Nest until Google acquired it, and he also has several of his own startups including VyRT.

Out of This World

Thirty Seconds sent a copy of their first single ‘Up In The Air’ into outer space (thanks to NASA) where it got played at the International Space Station.

‘I don’t dabble. I dive in one thousand percent.’

Leto on Protecting Your Valuable Time

‘Get really good at saying no.’

Leto on a Recent Genetic Test

I have a lot of Neanderthal in me. Maybe that’s why I’m so good at climbing.’

Leto on Being Treated as a Sex Object

It was about time. I’m happy to have taken that, uh, baton, or whatever

Leto on The Great Outdoors

Any day I have at least a few moments in nature, I kind of feel better.’ 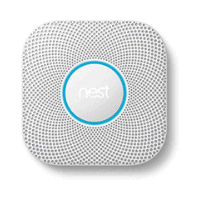 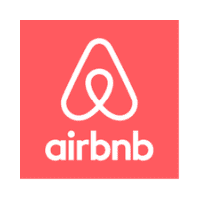 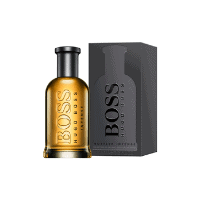 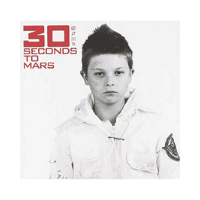 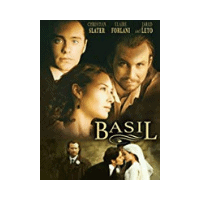 Jared Leto movies
GET IT HERE