From England, Emilia Clarke was always interested in acting. She attended boarding schools where she performed in school productions. After graduating from the Drama Centre London in 2009, Clarke took a variety of odd jobs while auditioning. Her first professional role came in 2010 with Triassic Attack, and Game of Thrones shortly thereafter. Clarke was one of the highest-paid actresses in the world in 2017, and she has been nominated for numerous awards. She has also appeared on stage, including on Broadway in Breakfast at Tiffany’s. Clarke was named Woman of the Year by GQ in 2015, and in 2019, Time magazine listed her among its 100 Most Influential People. Clarke is a global brand ambassador for Clinique. She is active with charities, and is the celebrity ambassador for SMA UK Trust which raises funds for spinal muscular atrophy. Due to suffering from multiple aneurysms, she also launched her own charity called SameYou to rehabilitate young people after a brain injury. Clarke has hundreds of thousands of followers on social media. She is 5 feet, 2 inches tall and weighs about 115 lbs.

Clarke takes her diet seriously. She eats clean and avoids refined sugar and flour. Her diet varies based on her acting roles. For Terminator Genisys, her diet was extremely strict. She had to count calories, and fat and sodium were restricted. Left to her own devices, she follows the Clean and Lean diet developed by her trainer James Duigan. It focuses on whole foods, particularly fish and veggies. But she still loves food and enjoys the occasional treat. She stays hydrated with plenty of water.

Clarke’s Terminator diet was very restricted. She ate very little fat, almost no sodium, and had to count calories. She said basically everything she ate didn’t taste good.

Clean and Lean For Life

Clarke’s diet today is a lot more relaxed, although still very clean. Every meal contains protein, healthy fat and a vegetable. All foods are as close to their natural state as possible. Avoid processed foods. If there’s a long list of ingredients that you can’t pronounce, don’t eat it.

Clarke is very disciplined when it comes to diet, but she isn’t a robot and enjoys a treat every now and again, such as a glass of wine or a piece of chocolate cake.

Clarke on Her Terminator Diet

‘I have not been allowed to anything that might taste good at all.’

Clarke on The Spread for Others in Terminator

‘Everything on these plates looks amazing, but, heartbreakingly, I’m not allowed to eat any of it.’

Clarke on What She Was Allowed to Have

Clarke’s partner in fitness is trainer James Duigan. He works with her on both diet and exercise. His workouts focus on feeling good and not pushing so hard that you risk injury.

Clarke did heavy duty training for Terminator, as well as Game of Thrones. She did trained with weapons and horses, often all day long.

Clarke’s work takes her all over the world. Her trainer focuses on bodyweight exercises and uses resistance bands for a go-anywhere workout.

Clarke’s workout routine varies based on the role she is playing. For Terminator, it involved hours every day. When she is between acting gigs, she still works out regularly.

While exercise is important, Clarke takes care not to overdo it and strain her muscles.

Clarke makes sure to include recovery in every session. This allows the body to repair and helps it stay strong and feeling good. After cooling down, she likes an Epsom salt bath.

Clarke on Her Terminator Training

‘I’ve been spending all day, every day in weapons training.’

‘I grew up around horses, but acting and riding on camera is a whole different thing.’

Clarke follows the ‘food as medicine’ mantra and is keeping quiet on any supplements she may take. So, below are options that can benefit anyone following a similar diet plan.

Sometimes Clarke’s diet can be restricted, making a multivitamin a smart pick.

Clarke also makes a point of eating a lot of veggies, but if you don’t get as many as you should, try a greens supplement.

B vitamins are also smart idea, as some 40% of the population has difficulty absorbing and using these essential nutrients.

Anemia plagues a solid 1/3 of women, making supplementing with iron a wise move.

Vitamin D deficiency has reached epidemic proportions, and is essential for a healthy immune system, strong bones, a stable mood, and in preventing certain cancers.

Clarke eats a lot of fish, but for those who don’t, supplementing with omega-3s is important to combat inflammation and to fight anxiety and depression.

Clarke adopted a puppy she calls Ted in 2020, and says the chaos he has added to her life is totally worth the sacrifice.

Clarke says that when she told her parents she wanted to be an actor, they tried their hardest to dissuade her. They planned on years of unemployment, but she pleasantly surprised them.

In 2011, Clarke nearly died from an aneurysm. Initially, she suffered from a language impairment called aphasia, but went on to make a complete recovery. Doctors then removed a second aneurysm two years later.

Clarke has sensitive skin and so she takes good care of it, performing twice daily cleansing, toning and moisturizing no matter how late she gets home. She uses Dr. Perricone’s hypoallergenic line of skincare.

Clarke says her dad always encouraged reading. She has read the entire Game of Throne series more than once, as well as plenty of other books.

Clarke’s approach to internet news is straightforward: she does not read it.

Clarke on Her Puppy

Clarke on Her Ambition

‘You have to do whatever jobs you can to pay the rent.’

Clarke on Being Picked for Game of Thrones

‘After my last audition for Game of Thrones, they said, “Congratulations, princess. I was like, “Bye-bye, call centre.”’

Clarke on Her Beauty Routine

‘My mother taught me to cleanse, tone, and moisturize twice a day so I always do that. I could be partying or working late, but I’m never too tired to take care of my skin.’

‘My father always said, “Never trust anyone whose TV is bigger than their bookshelf. So I make sure I read.’

Clarke on Her Happy Place

‘I long for the countryside. That’s where I get my calm and tranquility: from being able to come and find a spot of green.’ 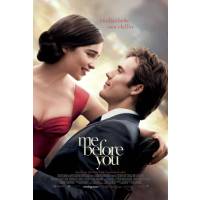 Me Before You
GET IT HERE 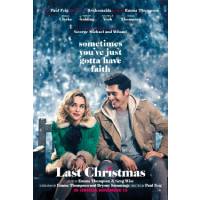 Last Christmas
GET IT HERE 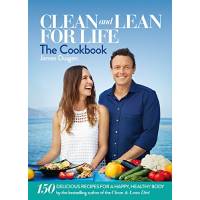 Clean and Lean and For Life
GET IT HERE 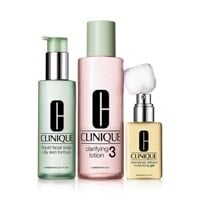 Clinique skincare
GET IT HERE 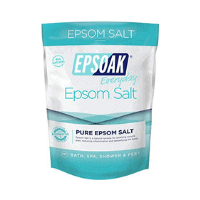 Epsom salts
GET IT HERE 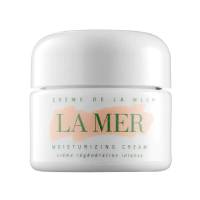 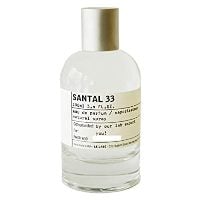 Le Labo Santal 33
GET IT HERE 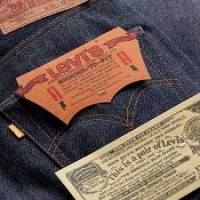 Levi’s jeans
GET IT HERE 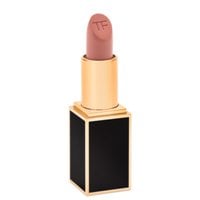