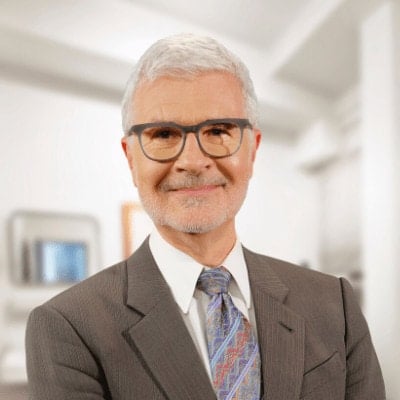 Originally from Omaha, Nebraska, Steven Gundry graduated cum laude from Yale University and earned a medical degree from the Medical College of Georgia in 1977. He did his surgical residency at the University of Michigan and then was chosen to participate in a research program run by the National Institutes of Health. He says his stint at NIH is where his love of research began. Gundry pioneered the use of robots for minimally-invasive heart surgery and was one of the first surgeons to implant an artificial heart. He is also well-known for performing infant and pediatric heart transplants and has done many charitable missions in China, India and Zimbabwe. In 2002, Gundry gave up practicing medicine and opened The Center for Restorative Medicine where he advocates using diet to improve the health, weight and energy of his patients. He is also the Director and Founder of the International Heart & Lung Institute. Gundry has published a few books on nutrition, including The Plant Paradox which spent several weeks on the New York Times bestseller list. His ideas have been criticized by the wider medical community as pseudoscience. Gundry has hundreds of thousands of followers on social media.

Gundry was always interested in research, but after helping a ‘hopeless’ heart patient by making unusual changes to his diet, Gundry decided to devote his time to nutrition, in particular the effect of lectins on humans. In plants, lectins are believed to protect against insect attacks. While eating raw beans can cause serious illness, the idea that all lectins are bad for human consumption is not generally accepted as true. Gundry, however, disagrees and says lectins pose a major health risk, causing a laundry list of problems, from inflammation to heart disease to cancer to depression. Gundry’s diet has 3 phases (see below for details). It is high in vegetables and low in animal protein and fruit, and grains are avoided completely. Gundry himself eats mostly vegan during the week, and has fish on the weekends. He also tends to skip breakfast and sometimes lunch too, which adds up to intermittent fasting. He has published a cookbook of lectin-free recipes and also has an extensive supplement line.

The initial phase of Gundry’s diet can last up to 6 weeks. This phase must be followed strictly for at least 2 weeks. During this time, all grains, starchy vegetables, and sugar including fruit are eliminated. The focus is on eating protein, non-starchy vegetables and healthy fats such as coconut oil, olive oil, nuts and avocados. This phase is designed to kick-start weight loss.

During the second phase, you switch over from foods that are high in calories to those that are low in calories. This phase is meant to make a permanent change in your eating habits. It involves eating a lot of leafy greens, and less animal protein, cheese, grains and legumes. This phase may last 7-12 weeks, but Gundry recommends staying in this phase until you hit your ideal weight.

The last phase of Gundry’s diet is a lifestyle eating plan and it mimics the diet of early humans. Plants were what they mainly had and they were eaten raw. Animal protein was not always available for our ancestors, and so meat is only eaten occasionally. Cultivated grains did not exist, and those are to be avoided.

Eat Your Veggies…But Only Certain Ones

This is ‘The Plant Paradox.’ Leafy greens are a staple of Gundry’s diet, but certain vegetables should be avoided, including squash and nightshades, which are tomatoes, potatoes, eggplant and peppers. Fruit is also to be eaten only in moderation and if it is in season. On the list to be avoided are mangoes, pineapple, grapes, and dried fruit. Gundry calls eating mostly plants being a ‘vegephile.’

Casein is a type of milk protein. Casein from certain breeds of cows (the ones most commonly used to make commercial milk including Holstein and Ayrshire) are A1. A2 casein comes from French cows such as Jersey and Limousin. Gundry says that A1 is harmful to health and A2 is the better choice.

As part of Gundry’s diet, animal protein gradually takes up a smaller and smaller part of your diet. At first, it is the size of your palm but shrink the portions and frequency as you go along. Acceptable animal foods include grass-fed meat, free-range poultry, wild-caught fish and fresh cheese. Gundry calls himself a ‘vegaquarian.’

Just Say No to Processed Foods

All ‘white’ foods such as pasta, flour, rice, corn and even milk are out. ‘Beige’ foods including bread, chips, baked goods, crackers and the like are also out.

‘What you don’t eat matters more than what you do.’

‘In addition to the potential to cause health problems, lectins can also stimulate weight gain. This reason that wheat became the grain of choice in northern climates is thanks to…wheat’s weight-gaining propensity…Back then, a “wheat belly” was a great thing to possess!’

‘One of my favorite sayings is that the only purpose of food is to get olive oil into your mouth!’

‘Many people (including me when I was overweight) turn to artificial sugars to quell their cravings without packing on the pounds…But ironically…they do just the opposite…because products such as Sucralose [etc.]…kill your gut buddies and allow the bad bugs to multiply.’’

In fact, most people who complain of lactose intolerance — and all the pain, discomfort and embarrassing symtoms that come with it — are actually struggling with casein A1 intolerance.’

Gundry says that exercise is a positive stress on the body, improving immunity, building muscle, and keeping you strong.

Get A Dog (Or A Staircase)

Gundry loves his pups (he has several), but he says they’re a great reminder to get up, get out, and have a little fun in your day. Even if you’re not a dog person, use the ‘equipment’ in your home to get your heart pumping: stairs, bottles of water, use a chair to practice balance poses and squats.

Do each exercise for minute and see a dramatic increase in energy:

Jog in place: You can even do this sitting in a chair, just move your legs.

Classic crunches: Do a supported crunch if the standard crunch hurts your back.

Simple plank: Can be on knees if toes is too intense. Keep the back straight either way.

Meditation: Sit or stand, inhaling and exhaling deeply. Relax your body with each breath. Don’t skip this step!

‘The stress of exercise — even in small amounts — can help you build muscle, stay stronger, and keep healthy.’

‘Walking ins one of the easiest ways to burn calories — and it’s low-impact too.’ 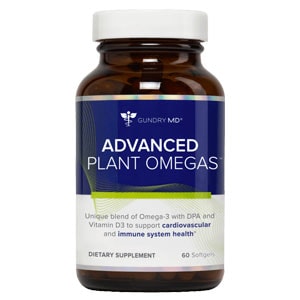 Omega-3s are one of Dr. Gundry’s top recommended supplements to fight inflammation, protect the nervous system, and reduce depression and anxiety. 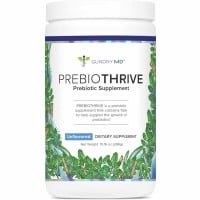 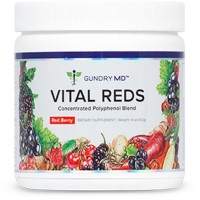 Gundry is a big fan of plant polyphenols because he says they give a boost to your energy and digestion, and skin.

Vitamin D has gotten a lot of attention lately, and Gundry agrees that many of us are suffering from a deficiency. Low levels of vitamin D can weaken immunity, digestion, bones, mobility, mineral absorption, and more.

Gundry believes a healthy gut is the key to good health and probiotics are the bacteria that create that healthy gut biome. 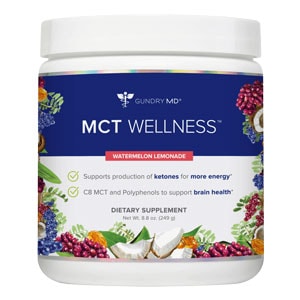 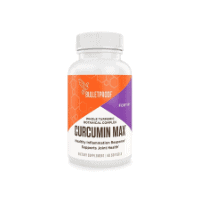 Curcumin is the bioactive ingredient in the yellow spice turmeric. It can help improve range of motion and increase joint strength as well as a healthy heart and blood vessels.

Gundry thinks it’s important to take at least 10-30 minutes before bed to unplug and get away from screens and devices so you can get quality sleep each night. He also says eight hours of sleep is essential to regulate appetite and reduce carb cravings.

Gundry says he used to meditate while doing heart surgery, and that now he meditates while he runs with his dogs.

‘Xenotransplantation’ means transplanting cells, tissues or organs from one species to another. Gundry holds a record as the longest surviving heart xenotransplant patient (pig to baboon).

Gundry’s life advice is to stay curious, find your soulmate, to not retire, and to go to a shelter and get a dog (and maybe even 2.)

‘Anxiety and depression are rampant because of a change in our gut microbiome.’

‘Watching dogs relate to the environment is one of the most useful things to quiet your mind.’

Gundry on one of the important things in life

Vital Reds
GET IT HERE 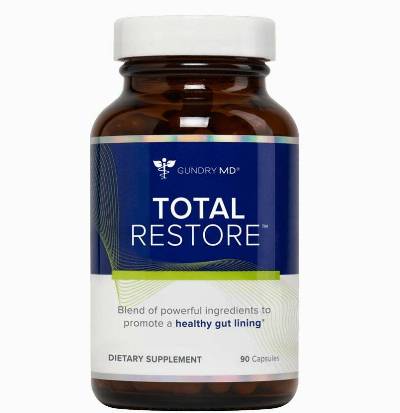 Total Restore
GET IT HERE 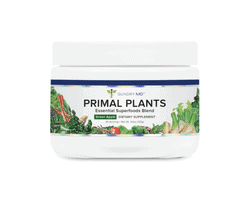 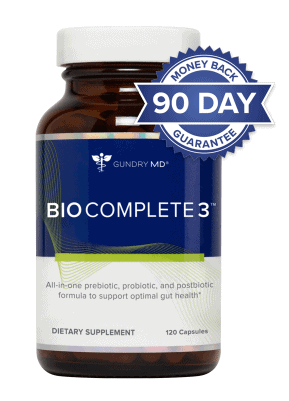 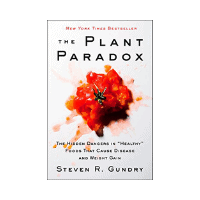 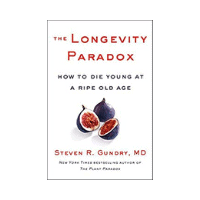 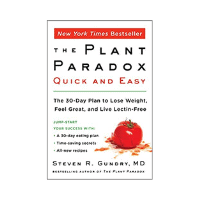 The Plant Paradox Quick and Easy 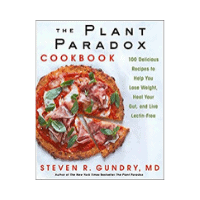