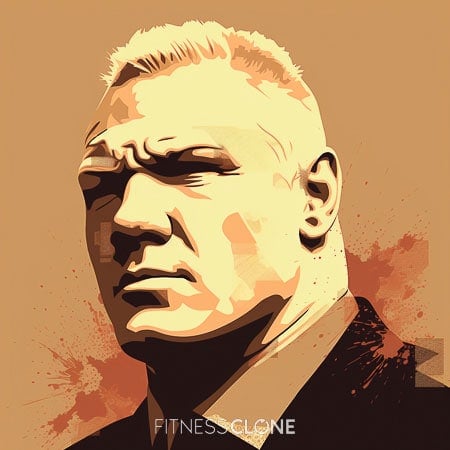 Brock ‘The Beast’ Lesnar was born in South Dakota. He played football and wrestled in high school, and then went to college on a wrestling scholarship at the University of Minnesota. He won the NCAA heavyweight wrestling championship in his senior year, and was a 2-time NCAA All-American, 2-time NJCAA All-American and 1998 NJCAA heavyweight champion, as well as a 2-time Big Ten Conference champ. In 2000, Lesnar went pro and signed on with the Ohio Valley Wrestling branch of the WWF. In 2002, just 5 months after his debut, he became the league’s youngest champion at age 25. In 2006, Lesnar branched out into mixed martial arts, won his first match, and signed on with the UFC where he became a champ in 2007. Medical problems forced him to retire for a time, but he returned to the WWE in 2012 at WrestleMania XXX and has won the title of world champion 8 times so far. He is the only person in history to hold both a UFC champion and WWE world championship. Lesnar retired from the UFC in 2017. He is married to Rena Greek, aka Sable, and they have 2 children together, along with 2 more from previous relationships. He has millions of followers on social media. Lesnar is 6 feet 3 inches tall and weighs about 285 lbs.

In 2009, Lesnar was diagnosed with diverticulitis, a disease of the digestive tract in which tiny pouches form on the colon, allowing food to become trapped and causing major problems like inflammation and bleeding. In Lesnar’s case, it had gone on for a while and was so serious, he needed surgery to repair the damage and was considered lucky to be alive. This led to Lesnar totally revamping his diet. Before his diagnosis, Lesnar ate a lot of meat and not many green vegetables. He now makes a point to include plenty of fiber in his diet, and drinks at least a gallon of water a day.

Fighters are used to working through pain, and taking prescription pain killers to deal with it. One of the prime side effects of pain killers is constipation, which could have caused or exacerbated Lesnar’s diverticulitis.

While the exact cause of diverticulosis is unclear, fiber helps regulate bowel movements, which prevents food from backing up into the large intestine. Lesnar makes sure to eat a health diet of fresh veggies and fruit that contain plenty of fiber.

About 60% of people over the age 60 have weak spots in their intestines, aka diverticulosis. When these spots become inflamed, it is known as diverticulitis, and causes symptoms like fever, intense pain and bleeding, not the kind of things you want to ignore. Risk factors include a low-fiber diet, sedentary lifestyle and smoking. Some 200,000 Americans are hospitalized each year for diverticulitis.

Lesnar of The Pain of His Illness

‘I have a high threshold for pain, higher than most guys, and I couldn’t deal with it.’

Lesnar on His Diverticulitis Symptoms

‘It felt like a shotgun blast to the stomach, and then someone poured in some salt and Tabasco and stirred it all up with a nasty pitchfork.’

Lesnar on his Diverticulitis

‘What got me here was a total protein diet, not enough fiber, and that’s where I was.’

Lesnar on his new Diet

‘I totally changed my diet, got on some natural healing medicine, and was just doing a lot of praying.’

Lesnar grew up in rural South Dakota, and consequently didn’t have access to fancy equipment. He made due with everyday objects he found around the farm.

One of Lesnar’s training objects on the farm was a 180-lb. tree trunk he’d toss over his shoulder and sprint with.

Lesnar’s typical training routine is one day on/one day off. He’ll work out twice a day, four days a week. He spends an average of 60-90 minutes per session.

Lesnar says the game is mental as much as it is physical. He works to stay focused on his goals, and he is always working on strengthening his weak spots.

Lesnar’s evening session usually includes cardio and strength training. He might run outdoors or on a treadmill, or use an Airdyne bike along with standard weightlifting routines and more wrestling-specific ones such as sledgehammer work.

Leading up to a fight, Lesnar will do more reps with lighter weights, and focus on his overall condition.

Lesnar on his Fighting Strategy

‘My strength is my wrestling, but I don’t focus on it as much. I try to focus on a lot of different things like knees, elbows, submissions, and submission defense.’

Lesnar on The Many Facets of Training

‘I’m always staying motivated because, as training camp goes on, practice becomes more intense, harder, and shorter. It’s a mental thing too, not only physical. You have to stay mentally sharp and stay focused on the task in front of you.’

Lesnar takes creatine before working out because it increases endurance and muscle mass.

Lesnar is keeping any other supplements behind his belt, but as his bouts with diverticulitis prove, fiber is an important part of any healthy diet, and a greens supplement is a must if you aren’t crazy about veggies like Lesnar. Probiotics are also important to create a healthy gut biome.

Following a training session, Lesnar will have 30g of whey protein along with quality carbs to replenish glycogen stores.

Some herbs that help with digestive woes include slippery elm for constipation, licorice root can help repair the lining of the intestines and flaxseed which helps to reduce inflammation in the bowel and throughout the body.Marshmallow root is another natural remedy that helps protect the intestinal wall while turmeric is a traditional remedy for abdominal pain and it also encourages the secretion of digestive enzymes.

Being in the WWE is an exercise in endurance and many wrestlers perform some 200 days a year. Lesnar has learned the importance of taking recovery time and prioritizes it.

Lesnar’s roommate in his senior year of college was Shelton Benjamin, a future WWE colleague.

Lesnar joined the Army National Guard at age 17, but was assigned a desk job after it was discovered he was colorblind, dashing his hopes of working with explosives.

Lesnar wanted to pursue a career in the NFL, but he had a bike accident that led to his being cut in the Minnesota Vikings’ preseason.

Lesnar suffered a second bout of diverticulitis in 2011 that led to having a foot of his colon removed.

‘At the end of the day, it’s all about me wanting to have fun. It weighed heavily in my heart that I was born to be an entertainer and I have fun doing it.’

‘For me, the older I get, the smarter I have to train, also because the recovery time is longer. Work on everything. Become a well-rounded fighter. Don’t just be good at one thing; be good at everything.’

Lesnar on returning to the Ring 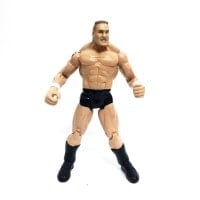 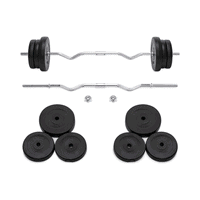 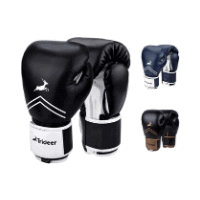 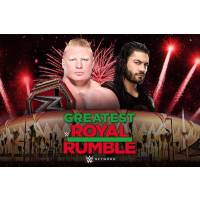 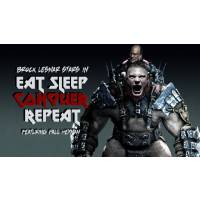