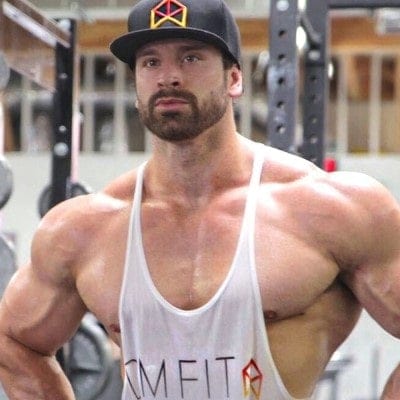 Bradley Martyn was born in San Francisco. He began lifting weights when he was 15. In his 20s, Martyn worked as a personal trainer and began posting pictures on Instagram. He won the 2011 NPC Southern California Amateur Bodybuilding Championships and the 2013 NPC Phil Heath Classic. Martyn started his YouTube channel in 2014 and now has over 2.5 million subscribers. He also hosts a podcast, owns a gym, is partner in an organic foods company and has a clothing line. Martyn has millions of followers on social media. He is 6 feet 3 inches tall and weighs about 240 lbs.

Martyn makes an effort to eat clean. Because he prefers natural, organic foods, he invested in a meal delivery service called Trifecta. He himself likes to keep things simple so he picks a meat and a veg and eats the same thing all week. The next week, he picks a new combo. Because of his simple clean-eating plan, he enjoys the occasional cheat without guilt. When he was bodybuilding, Martyn would engage in intermittent fasting, only eating during an 8-hour window each day, and fasting for 16 hours. He has since changed his approach and now focuses on eating fewer carbs, and more protein and fat. He says this helps keep him lean.

Martyn starts his day with a protein shake made with almond milk, berries, a banana and a raw vegetable.

Vegetable of the Week

Martyn picks a vegetable and eats it for the whole week. Then, he picks a new one for the next week.

Martyn likes to mix up his protein sources and will have beef one week and bison the next. He also likes chicken and whole eggs. He’s not crazy about egg whites.

Fear Not the Fat

While fat gets a bad rap, Martyn isn’t afraid to eat the healthy kind. He says fat helps keep you satisfied, and if you only eat low-fat meat, you’ll be hungry all the time.

Martyn will eat extra carbs when he is looking to pack on muscle. He says carbs energize him, but he’s also careful not to overdo it.

How To Not Burn Out

Martyn says that balance is the key to avoiding burnout, so cut loose once in a while. Being super-strict with your diet can also cause metabolism to slow down, so it’s okay to sometimes eat a little extra.

Martyn on how to Get Huge

‘There isn’t a specific food that will make you huge if it’s not consumed in the right quantity.’

‘It’s really simple. Eat enough calories to grow and make sure you’re in a calorie surplus. Once you do that, then find the macro ratio of protein, carbs, and fats that works for you to meet your caloric goal.’

Martyn on His Diet

‘I implement a lot of vegetarian meals into my diet for health, but I am not a vegetarian, vegan, or anything like that.’

‘It helps my muscles recover faster, and it gives me a bit more energy.’

Martyn started lifting when he was 15 years old and has never stopped.

Not Your Standard Gym

Martyn got tired of the big, impersonal commercial gyms, so he started his own called Zoo Culture with the goal of creating a space where people are friendly and motivate one another.

Rather than be the dude who lifts the most weight in the gym, Martyn prefers to get in a full range of motion.

Martyn does not have a set training routine. Some weeks, he may only train 3 days; others, he’ll train every day.

While Martyn may not follow a strict exercise regimen, he has certain guidelines he follows, such as not training for more than an hour and a half at a clip, and he usually does 3-5 sets and 8-12 reps for any one exercise.

Every Day Is Arm Day

Martyn always gives plenty of attention to his guns, but he also does classic splits to achieve specific goals.

Martyn on Getting Big

‘Being bigger gets you more attention, but that’s not always a good thing…Being bigger might intimidate some people, but it also might make some people want to cause problems with you because they are looking for something to prove.’

Martyn on Why He Got Huge

‘I didn’t build muscle or “get huge” for any reason other than I love lifting weights and I wanted to be better at it.’

Martyn on His Max Effort

‘I typically lean toward a weight that is 75-80% of my max and focus on the total amount of reps, not necessarily a rep range.’

‘Let’s get better together.’

Martyn starts each day with a whey protein shake from his supplement line called Origin. He sometimes has one after working out too. Protein fills you up, crushes cravings, builds muscle, and speeds recovery.

Martyn is also a fan of creatine because it boosts strength, power and endurance.

For those skinny kids out there, Martyn says a mass gainer is the way to build muscle and strength. 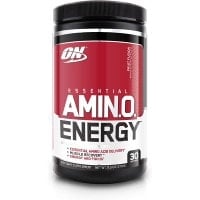 Martyn calls amino acids the ‘Holy Grail’ of bodybuilding. They help you get leaner, stronger, and faster while simultaneously reducing recovery time and post-workout soreness. 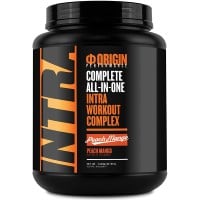 Martyn’s Intra workout formula is designed for those who want to up their intensity at the gym by supplying a steady fuel source and reducing fatigue.

Martyn says because a lot of us aren’t crazy about broccoli, an organic greens supplement is a smart idea because it supplies the important micronutrients found in green vegetables.

Martyn says krill oil may not sound sexy, but it contains those all-important omega-3s that we need and most of us are deficient in. Omega-3s are essential for brain health, joint health and overall well-being.

Martyn also likes to take a turmeric supplement to help combat inflammation that can occur due to intense training.

Not an Early Bird

Martyn says he won’t get up early unless he needs to. Otherwise, he’ll sleep in until around 8, then he’ll take it slow, playing with the dogs until he needs to go to work around 11.

The Politics of Bodybuilding

Martyn says he left competitive bodybuilding because the competitions are all about who you know, and not based on merit.


When Martyn was just six years old, his father committed suicide. Martyn’s mission is to not only spread awareness of how depression can lead to self-harm, but also share positivity and help people who are suffering to realize they are not alone and that they have better options.


Martyn has 2 pit bulls, Bam and Haze. He takes them everywhere with him and considers them to be his family.

Martyn was an early adopter of using platforms like Instagram to promote his online coaching and personal training services. He said things really took off after Instagram allowed videos.


Martyn says he doesn’t really care about how much money he earns so much as how he spends his time earning it. Besides his gym, podcast, clothing and supplement lines, he’s interested in acting.
{

Martyn on Leaving a Legacy

‘Inspiring others is the greatest satisfaction in life because when you’re 6 feet deep, no one is going to remember what you had. They are only going to remember how you made them feel. This is how you become legendary!’

Martyn on His Life

‘I have never focused on my physique for any reason outside of being better in the gym. I don’t really have a life outside of that anyway, lol.’

Martyn on his Dogs

‘They are my family and have brought even more enjoyment and happiness to my life than I initially thought. I love dogs and I hope that everybody gets the same experience with their pets as I do with mine.’

‘If you want something…there are risks you’re going to have to take.’

Martyn on Listening to Advice

‘It’s not up to the others to decide if it’s right for you. That’s your choice only.’

Martyn on His Net Worth

‘To be honest, I don’t even know. I am blessed and doing better than I had ever expected.’’ 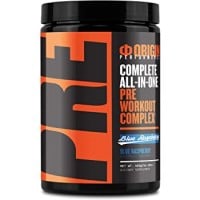 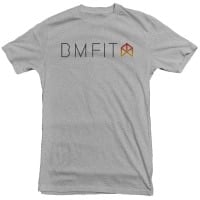 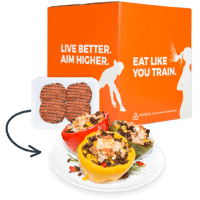