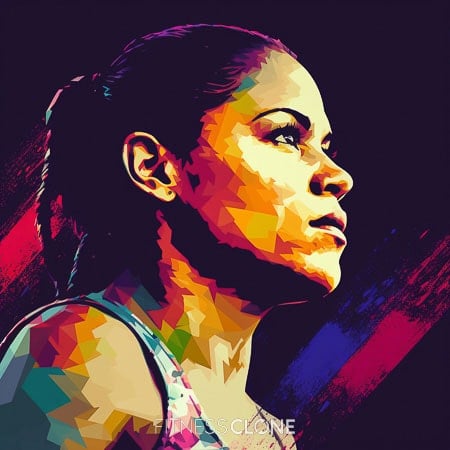 Amanda Nunes is from Brazil. Always energetic, she took classes in capoeira and karate as a young girl, and initially thought of becoming a professional soccer player. As a teenager, Nunes began training in Brazilian jiu-jitsu and judo. She won the gold medal at the Pan American Jiu-Jitsu Championship in 2008, and the World Jiu-Jitsu Championship in 2009. Nunes started training in MMA in 2007 with Edson Carvalho. She moved to New Jersey, then Miami where she currently trains with American Top Team. Prior to making her debut on Strikeforce in 2011, she won 5 fights in a row, all by knockout. She is the first woman to be a UFC champ in 2 divisions and considered to be the best female MMA fighter in history. She has endorsement deals with TEN spring water and Reebok. Nunes has over a million followers on social media. Openly gay, she is married to fellow UFC fighter Nina Ansroff and they had a daughter in 2020. Nunes is 5 feet 8 inches tall and fights at135 lbs. and 145 lbs.

Nutrition is an essential component of any athlete’s regimen, especially when weigh-ins are involved. Nunes has gone up a weight class and says she intends to continue to defend her title in both classes. She eats 4-5 clean meals per day. She sticks with the classics like egg whites, oatmeal, chicken breast and plenty of veggies. Fruit is one of her favorite snacks. She will have coffee in the morning and she always hydrates with plenty of water.

Nunes’s first rule of eating is that it must provide nutri-tion. Junk food is out.
\

Nunes starts her day with a complex carb like oatmeal, protein from egg whites, and some fresh fruit, washed down with coffee or juice.

Lunch and dinner for Nunes is some kind of clean protein such as chicken or fish, a salad or veggies, and a small amount of rice for lunch, and more egg whites with dinner.

Nunes’ preferred snacks are sweet — but still healthy. She’ll often have fruit, fresh or dried, mid-morning and mid-afternoon. Nuts are another option, as is salad or veggies.

Nunes is a careful eater, but she still loves her chocolate. Dark chocolate is high in antioxidants and relatively low in sugar, making it a good choice for a treat.

Nunes on Her Weight

I’m going to see [to] my diet now because I’m pretty heavy.’

Nunes on Maintaining Her Weight Class

‘I will be working with a nutritionist and taking care of my body properly to have it working the way it needs to be.’

Nunes on Her Favorite Treat

I eat a lot of chocolate because I love it.’

Nunes always had tons of energy. As a child, she would get in trouble in school and pick fights in the street.

Nunes’s mother and uncle are both boxers, and sometimes would fight each other. Despite or because of this, her parents discouraged Nunes from pursuing the sport. She didn’t listen.

Nunes took capoeira at age 5, karate at 7, jiu-jitsu and boxing at 16, and judo shortly thereafter. She currently has a black belt in BJJ and a brown belt in judo.

Nunes was the only woman at her boxing gym, but that didn’t stop her from dominating her training partners. She eventually moved to the Bahia capital city of Salvador to find more challengers.

Nunes works out twice a day. Her morning session is usually weight training and the evening is devoted to MMA. She might also do an afternoon session of strike and conditioning.

Nunes does traditional sparring, wrestling, boxing, and other types of training to keep things fresh and to keep her on her toes.

For her cardio, Nunes likes to keep it simple and hit the road for a run. She runs at a moderate pace until she feels tired.

Nunes prefers to do compound moves like deadlifts, bent-over rows and wood-chops rather than just pump iron.

Ladder drills, steps, and medicine ball throws are all part of Nunes’s agility training to improve quickness and reaction time.

Nunes on Her Introduction to Fighting

‘My mother used to box, and I followed her footsteps into training. She loves fighting.’

‘She always says, “The first strike has to be yours. She can’t touch you before you touch her. You have to intimidate her.’

Nunes on Her Training

‘I always trained with men, and always had to use all my power and strength to win in the gym.’

Nunes on Her Training Routine

‘I don’t keep everything the same every day.’

‘When I competed in jiu-jitsu and judo, I had losses. We never accept to lose, but we learn that it’s not the end of the world.’

Nunes is keeping quiet on the subject of supplements, so below are options that can benefit anyone following a similar diet routine.

Whey protein is a gimme for those who want to build muscle.

Beta-Alanine is another fave for building muscle, strength and endurance.

A multivitamin is also a smart choice, especially if you’re limiting your food choices to lose weight.

A fat burner can also help you drop lbs.

BCAAs are essential amino acids that are also a top pick among athletes who work out intensely as they help you build muscle and hang onto it.

Nunes is a fan of CBD for its anti-inflammatory properties, and it has been shown in studies to prevent nerve damage. CBD can also help improve sleep quality.

Nunes earned the name of ‘Leoa’ (lioness) when she was living at the dojo where she was the only female inmate. She says she loved living and working at the gym.

Nunes says she’s probably most famous for beating Ronda Rousey, and although she doesn’t get as much press as other fighters, she plans to continue making history.

Nunes comes from a family of fighters, but that doesn’t mean they all encouraged her to pursue a career as an athlete. Her mother forbade her to try out for the Vitoria football club to focus on studying, and her father was opposed to the idea of her becoming a fighter. He has since come around and now supports her career.

Nunes says baby Raegan has made her incredibly happy, and that she thinks about her daughter in everything that she does.

Nunes on Her Family’s Fighting Tradition

‘My uncle used to fight Vale Tudo, and my mother even cornered him in some of his fights.’

Nunes on Her Time Living At The Dojo

‘I slept on the mat. I woke up at about 4:30 to clean the whole gym with the coach…I think it was very worthwhile to go through all of this.’

Nunes on Her Wife

‘I feel like Nina came into my life to help me grow, and since I met her, everything in our careers has been amazing.’

Nunes on Her Daughter

‘I take her to the gym every day with me.’

‘Everything that I do, I think of my daughter…It is very important that we raise our daughters to be strong, and the best way to do so is to lead by example.’

Nunes on Her Stellar Fighting Record 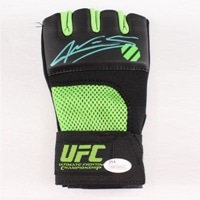 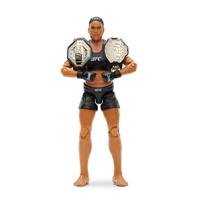 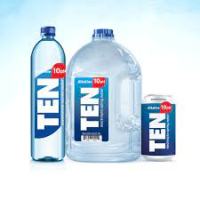 TEN spring water
GET IT HERE 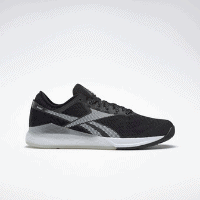 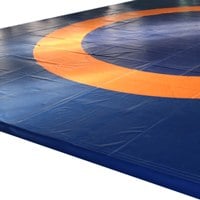 MMA gloves for women
GET IT HERE 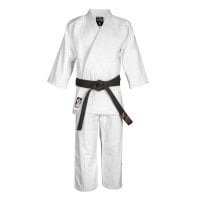 Judo gi
GET IT HERE 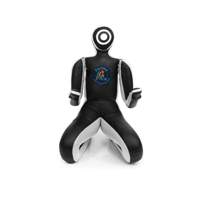 Grappling dummy
GET IT HERE