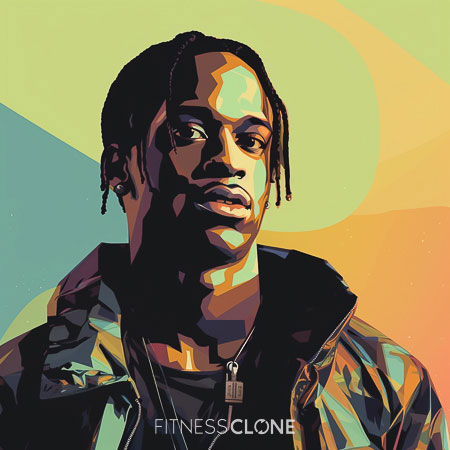 Travis Scott is the stage name of Jacques Bermon Webster II.He grew up in Houston, Texas and participated in musical theater in high school and graduated at age 17. Scott attended the University of Texas at San Antonio but dropped out in his 2nd year to pursue music as a career. He landed a contract with Epic Records in 2012 and a publishing deal with Kanye West’s GOOD Music. His first album did well enough to warrant a second. Scott’s 2nd album hit #1 on Billboard 200 and his 3rd album Astroworld had the #1 single ‘Sicko Mode.’ He is one of the top earning rappers in the world. Scott created his own record label called Cactus Jack in 2017. He also established a charitable foundation by the same name to promote creativity and help with underprivileged children’s education expenses. Scott has won a Billboard Music Award and a Latin Grammy, in addition to many more award nominations. His endorsement deals include Nike Air Jordans, McDonalds, PlayStation, and Dior. Scott has also made a foray in to acting, appearing in the 2021 film, Gully, and playing the voice of Rhyme-a-saurus in Trolls: Holiday in Harmony. Scott has 2 children with reality star Kylie Jenner. He has millions of followers on social media. Scott is 5 feet, 10 inches tall and weighs about 155 lbs.

Scott takes his diet seriously. He eats 4-5 balanced meals a day. He doesn’t believe in avoiding carbs or fat or anything else. He eats his veggies, lean meat, and has carbs in the form of rice or oats. His snacks are sensible too, usually a protein shake or fruit. He cheat foods are pretty typical too, things like fried chicken, donuts and tacos. He drinks plenty of water. One food he does not eat is sour cream.

Scott has things like eggs, toast, oatmeal, juice and/or coffee for breakfast.

Scott’s lunch and dinner contain meat in the form of chicken or beef, veggies or a salad, and carbs such as rice. He eats clean most of the time and it shows.

A typical snack for Scott is a protein shake or fruit, both of which contain plenty of nutrients.

When Scott is in the mood to treat himself, he goes things like Frenchy’s Chicken, a Houston chain that fellow Texan Beyoncé is a fan of too. Another top pick for Scott: Shipley’s Do-Nuts.

While Scott won’t say no to wings from Frenchy’s, he loves his grandma’s home cooking.

Pass On the Sour Cream

The one type of taco Scott doesn’t like is one with sour cream. The only exception to this rule was the time Kanye West gave him a Taco Bell taco on a platter. It was full of sour cream, but Scott ate it.

Scott on What Happened When Kanye West Gave Him a Taco

‘[He] hates anything that slows him down. The man despises wasting time in restaurants.’

Scott works out more or less every day. To keep things interesting, he shakes things up and does different types of workouts including weight lifting, MMA, and of course performing on stage.

Don’t Let the Bling Blind You

Scott has been known to play basketball while wearing over $200K in jewelry.

Scott dreamed of becoming a pro wrestler as a kid. He says his stage performance allows him to imagine he sort of is one.

Scott works out at least 5 days a week for an hour or so. He likes to meet up with friends at the gym to keep it fun.

Scott lifts like a bodybuilder, concentrating on a different body part each day.

Scott focuses on more reps rather than heavy weights. He also does holding postures.

Be active every day

Scott on Seizing The Day

Scott on his Childhood Career Plans

Scott on His Current Career

‘Performances make me feel like I’m in the WWF.’

Besides his protein shakes, Scott doesn’t have much to say about any other supplements he might use. So, below are options that may benefit anyone following a similar routine.

Scott often has a protein shake as a snack. Besides growing muscle, protein is also necessary for strong bones. It boosts energy, controls cravings, and tames appetite. For Scott, spending a lot of time jetting around takes its toll on the body.

Vitamins D and C both boost immunity and battle germs.

Magnesium is another smart pick to help combat muscle cramps. 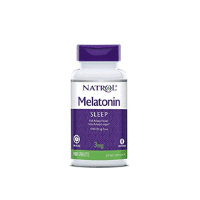 Melatonin helps the body reset so you don’t miss out on too much sleep.

A fruits & veggies supplement can help you cover the inevitable nutrition gaps that inevitably happen when you’re limited to eating plane and airport food.

Sleep: Catch It When You Can

Scott admits that sometimes he’ll fall asleep while he’s waiting to go on stage. He doesn’t let it bother him. He just hops up and starts rumbling.

Scott knows how to live it up. He has a mansion in Beverly Hills, a Ferrari, a couple of Lambos and a Mercedes G-Wagon that cost him a cool $1.6 million.

Scott credits his father and grandfather for his musical talent. His grandfather was a jazz composer and his father played soul music. Scott’s dad bought him a drum kit when he was 3.

Scott created his moniker by combining the name of his favorite uncle with one of his inspirations, Kid Cudi (real name: Scott Mescudi).

Scott is infamous for the lack of safety at his concerts. He was arrested for disorderly conduct at Lollapalooza 2015 for inciting fans to ignore security and rush the stage. In November, 2021, a crowd crush resulted in the death of 10 people and injuring hundreds more.

The Lights Are Bright on Broadway

Scott did musical theater in high school, and says he would love to do an album of show tune covers. He also has plans to write a musical himself one day.

Scott on Prepping For a Concert

‘Sometimes I might be sleepy, and sometimes, I’ve literally been sleeping backstage, woken up, gone straight on stage.’

‘Money is something that keeps you alive and healthy, and just keeps you focused. It’s the drive. It’s the passion.’

‘I don’t need a stage to perform. We just need something to stand on.’

Scott on His Record Label

‘I want first and foremost to help other artists, launch new names, to provide opportunities. I want to do for them what happened to me, but better.’

‘I have devoted myself to the Rockets.’

‘I love my fans more than anything.’

Scott on His Life’s Purpose

‘I feel like God put me here to help out with people’s soul, man.’ 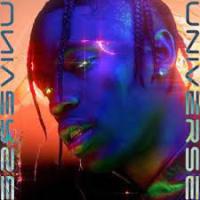 Travis Scott music
GET IT HERE 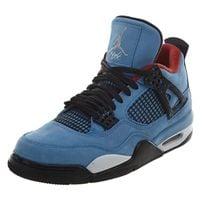 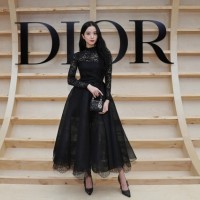 Dior fashion
GET IT HERE 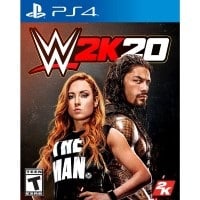 PlayStation
GET IT HERE 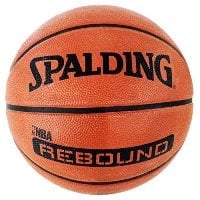