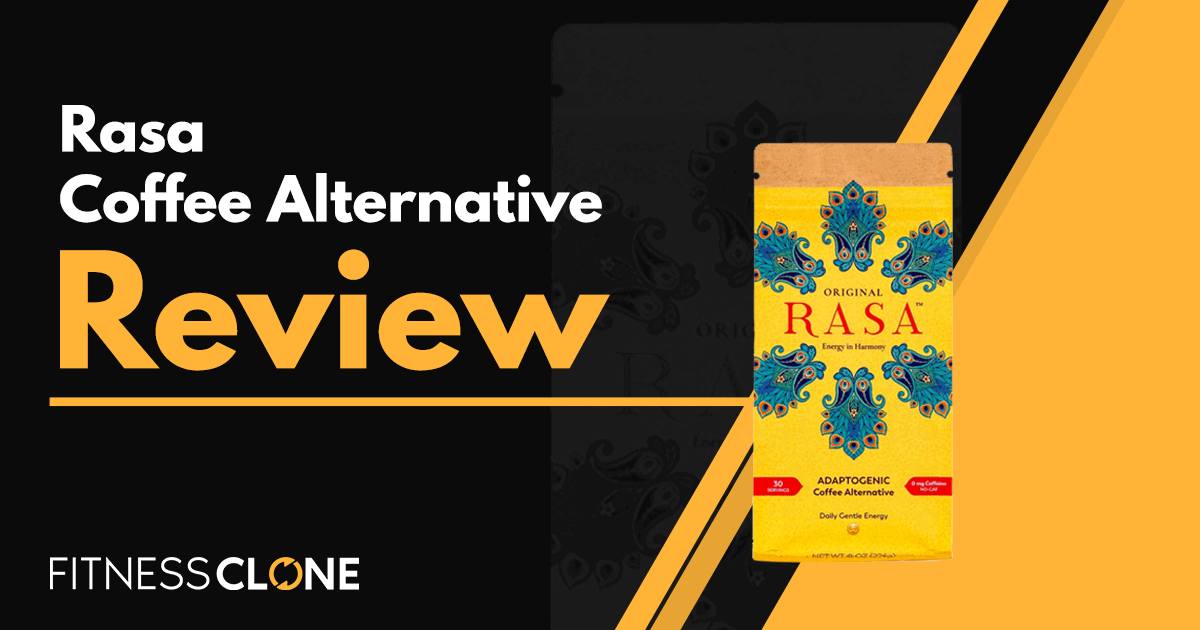 A lot of people have a love/hate relationship with coffee. Although the dark beverage is supremely tasty and a great way to get a jolt of energy in the morning, drinking too much coffee can be bad. Excessive coffee consumption can stain your teeth, make your heart race, and also cause dehydration. Coffee is not dangerous by any means, but it is possible to get addicted to caffeine.

So, many people want something that can get that coffee itch, but that is not coffee. That is what Rasa Coffee Adaptogenic Coffee Alternative is. Rasa Coffee is filled with special herbs that are ‘adaptogenic.’ There are a lot of coffee products available in the fitness market, such as Four Sigmatic Ground Mushroom Coffee and Elevate Smart Coffee, so is Rasa the right choice? In this review, we are going to cover Rasa Coffee Alternative and see if it is really adaptogenic, whether it works as intended, and if it is worth buying.

What Is Rasa Coffee Alternative?

Rasa Coffee is an herbal alternative to actual coffee. Instead of coffee beans, Rasa contains a blend of ‘adaptogenic’ herbs. Adaptogenic herbs are supposed to help your body adapt to situations. Examples include rebalancing bodily imbalances in hormones and related issues.

Rasa Coffee is 100% caffeine-free and gluten-free. Each blend has a dark and rich flavor, designed to mimic the flavor of coffee while still having its own unique profile. You can drink Rasa hot or cold, and you can also mix it with regular coffee for a nice, blended drink.

Rasa also claims it is made with the ‘best of Ayurvedic, Chinese, & Western herbalism.” That means it is designed to support your body holistically. A single cup can be made in less than 10 mins with a simple french press or even a modern espresso machine. The company also offers a gracious 100% money-back guarantee so you can buy without worry and return it if you are not impressed.

Rasa Coffee Alternative is made by Rasa. Rasa was founded in 2015 as a way to give people an energizing non-coffee start to their day. Rasa was made specifically to find a caffeine alternative that was made out of natural ingredients. Rasa was designed with the help of a professional herbalist to create something that could not only relax but repair and health the body and mind.

Aside from the website, we could not find much information about the company. Their BBB page is very sparse and only has 1 complaint and no reviews. We normally do not like it when a company has a very small internet presence. However, Rasa seems to be a new business, so we won’t penalize them too harshly.

How Does Rasa Coffee Alternative Work?

Rasa’s main feature is that it’s made from ‘adaptogenic’ herbs. Adaptogenic herbs are described as herbs that can help the body adapt and respond to environmental stresses. Incorporating adaptogenic substances into your body is supposed to protect you from the deleterious physical effects of stress.

Here is the thing, though: the term ‘adaptogenic’ is not currently used in mainstream medical or pharmacological science. That means it is primarily a marketing term that has no real scientific import. The main problem is that the causes and effects of stress are so varied it’s unrealistic to say that something can help prevent the effects of stress without saying how it does so. Unfortunately, the whole’ adaptogenic’ craze seems to be another pseudoscientific fad.

Now, that does not mean that Rasa does not work, or that it can’t help you feel relaxed and calm. Herbal drinks are known to do that. It’s more so that it relies on fancy-sounding terminology to sound more sophisticated than it really is.

Rasa contains a blend of herbal ingredients, including:

Chicory root is commonly used for digestive issues and can improve bowel function. Both burdock and dandelion roots are used to increase urine flow, treat colds, and deal with anxiety. Dandelion root is also sometimes used for acne and other skin conditions.

Eleuthero root is commonly used in traditional medicines for treating colds, rashes, and some skin conditions. Some people use it to increase athletic performance, but there is no evidence that it does so. Eleuthero is also sometimes used for memory and concentration improvement, but there is limited evidence for this too.

Ashwagandha is commonly used to manage stress, and there is some evidence that it can reduce blood pressure.  Rhodiola is an herb commonly used as a stimulant, and reishi extract comes from a mushroom. Reishi extract is used to boost the immune system and treat infections.

Rasa is made from all-natural ingredients, so there are no known negative side-effects. Since there is no caffeine, there are not common side effects of coffee like headaches and jitters.

Where To Buy Rasa Coffee Alternative

You can buy Rasa Coffee Alternative from the official Rasa website here. A single one-time purchase of Rasa costs $28.00.

Rasa also offers a subscribe and save option with delivery every 30 days. If you choose to go the subscription route, you’ll get free shipping and save 20%, bringing the price down to $22.40. 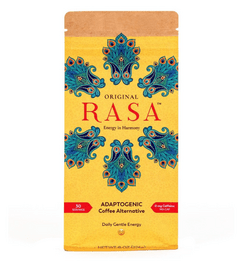 Final Verdict: Is Rasa Coffee Alternative Worth It?

We say yes, Rasa Coffee Alternative is at least worth trying. The claims about adaptogens are doubtful at best, but it seems to be made of solid ingredients that have some established benefits. Apparently, the taste is unique, too; not quite coffee but not tea either. It can likely help you feel relaxed and calm, like many herbal teas.

Clear Muscle Next Gen Review – A Supplement For Muscle Recovery

Keto K1000 Review – A Look A This Ketogenic Electrolyte Powder

ZemBright Mood Plus Review – Can This Healthy Directions Supplement Calm Your Nerves?

Chemix King Of Pumps Review – Can It Really Give You A Boost?