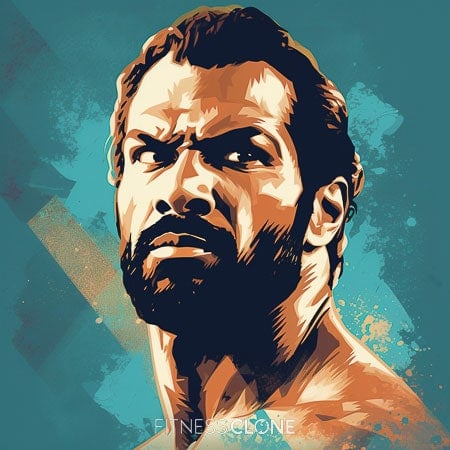 Jinder Mahal is the stage name of Canadian pro wrestler Yuvraj Singh Dhesi and he is the nephew of Gama Singh. After obtaining a business degree in Communications and Culture, Mahal began training for pro wrestling and was the Pro Wrestling Alliance champion from 2008-2010. In 2010, he moved to Florida and made his debut on SmackDown where he was part of a comedy act called 3 Man Band (3MB). Released from the WWE in 2015, he returned 2 years later to win the WWE Championship, only the second wrestler of Indian descent to do so. He also won the WWE US Championship in 2018 and WWE 24/7 Championship in 2019. Mahal is 6 feet 6 inches tall and weighs about 234 lbs.

Mahal says he went through a slump when he first left the WWE in 2015, drinking and eating junk food. About a year went by before he decided to get back on the bandwagon. He stopped drinking and worked on his diet. Just 2 months later, he was resigned to the WWE. His biggest change was being consistent with his meals, eating a small meal every 2 hours and watching his portions. He says regular feeding raises the metabolism and encourages the body to shed fat. He also drinks 2 gallons of water a day and always carries a jug with him. He’ll have simple carbs like white rice early in the day and close to his workouts, and then switch over to complex carbs like brown rice and sweet potatoes later in the day. He carries food with him when he’s traveling and says half his luggage is food and supplements.

Mahal says one of his problems was eating a huge meal and then not eating for several hours at a stretch. He now eats carefully balanced meals that consist of 30 g carbs and 30-40 g protein, about 350-400 calories at a clip, at 2 hour intervals, adding up to 7-8 mini-meals each day. He says he never feels hungry, or too full.

Mahal says he never mixes fats and sugars because it causes a spike in insulin and stores the fat. If he’s having white rice, he’ll keep fat to a minimum.

Mahal prefers to work out on an empty stomach, so he’ll just have water or maybe black coffee in the morning. After his first routine, he’ll have oatmeal with whey protein and a banana. Other meals are equally simple with few ingredients, such as a grilled chicken breast, veggies and brown rice.

Because Mahal says he tries to not eat out when he’s on the road, he carries 6-pack coolers of food —complete with ice — when he travels.

Mahal used a meal prep company called Nutrition Solutions to help him get back on track with a healthy diet.

Mahal says his meal prep company offers healthy versions of cheat foods, like protein pizza and ‘complete’ cookies that restore glycogen. He says even after he won the WWE Championship, he didn’t have a celebratory junk meal, only brown rice and tuna.

Mahal on How He Changed his Diet

‘One day, I just decided to I was going to quit drinking, focus on my health, and start dieting again.’

Mahal on Sticking to His Diet

Mahal on Carrying Food with Him While Traveling

‘It is a lot of work, but it’s totally worth it because I see the changes in my physique.’

Mahal on the Importance of Diet

‘People don’t have that much knowledge about diet and the effects that diet alone can have on your body.’

‘The average person — like, 90% of the average population — is dehydrated.’

Mahal does a 1/2 hour cardio routine every morning before breakfast, usually on the elliptical machine.

Mahal hits the gym 6 days a week for a minimum of 2 hours.

Mahal is always switching up his routine to be sure to work every muscle in new and different ways.

After a quick meal of protein and oats, Mahal will do strength training for 60-75 minutes. He varies these workouts virtually every day.

Mahal on his Morning Routine

‘The first thing I do when I wake up is cardio on an empty stomach.’

Mahal on his Work Ethic

‘No one made me do it. I showed up gladly and always was ready to do it again.’

‘When I train hard, I look better.’

Mahal on Accusations of Steroid Use

‘I don’t think people realize the hard work that goes into it. Nobody sees the work I’m putting in the gym.’

Mahal takes a lot of supplements, and always carries whey protein with him. He has it every morning after his first cardio workout and will use it as a meal replacement if he can’t get his hands on decent food.

Mahal takes a multivitamin every morning to cover his nutritional bases.

Mahals takes pre workouts, which are a form of energy drink that help you power through workouts and competitions.

Another supplement Mahal takes in the morning is creatine, which boosts performance and helps build muscle mass. He says he switches up his pre-workout supplement regularly so his body doesn’t get used to it.

If At First You Don’t Succeed…

Mahal blew his first WWE tryout. Luckily he got a second chance.

Not Just A Muscle Head

Mahal got his business degree from the University of Calgary, the same school as former Canadian Prime Minister Steve Harper.

Mahal is fluent in Punjabi and Hindi, along with English.

‘MMA, cricket, or anything, you cannot just coast. Every day, you have to wake up hungry.’

‘Mentally, you can’t expect positive things to start happening in your life with a negative attitude.’

Mahal on Being Let Go from the WWE

‘Being released was one of the best things that ever happened to me. It sparked my passion and forced me to work harder.’

Mahal on Making the Cover of GQ Magazine

‘I have the look, I obviously have the body, and as you can see on SmackDown Live every week, I have impeccable style!’ 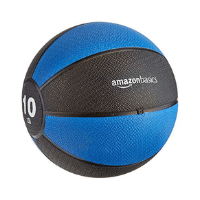 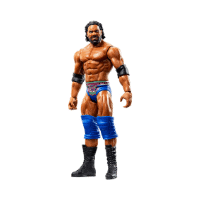 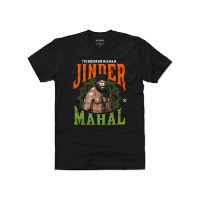 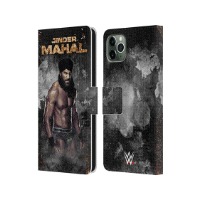