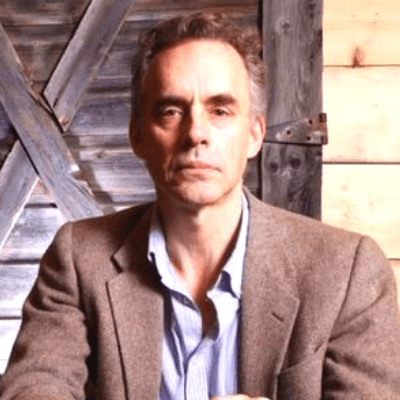 Dr. Jordan B Peterson is a Canadian clinical psychologist who taught at Harvard and the University of Toronto, and became a YouTube sensation for his controversial opinions on a variety of topics. He has over 2 million subscribers on YouTube, he lectures internationally and his book 12 Rules for Life has sold over 3 million copies. Peterson has struggled with health issues including autoimmune disorders, psoriasis, gastric reflux disorder and depression. By changing his diet, he lost 50 lbs., stopped taking antidepressants and improved his overall health. Peterson is six feet one inch tall.

After years of suffering from depression, autoimmune disorders and other diseases, Peterson changed his diet to primarily meat and leafy greens. His daughter Mikhaila also suffers from serious health issues including rheumatoid arthritis which involved having joint replacement surgery at age 17. When she radically reduced her diet down to beef, salt and water, Peterson senior followed suit and said all of his own problems went away. He calls his diet ‘ridiculous’ but still swears by it. Peterson brings food when he travels so that he knows he can stick to his regimen no matter where he is.

The Food Pyramid Is Wrong

Peterson is the type of person who can politicize anything including breakfast cereal, but he’s not alone in thinking a diet based on grains isn’t doing us any favors.

Peterson gave up everything except red meat, salt and water, but says he also drinks club soda for variety.

Peterson espouses the idea that restricting choice creates a sense of order. While his diet is extreme, it shows that belief is a powerful thing. His diet works (for him).

Peterson says he never cheats because everything else makes him feel ill.

Peterson on His Extreme Diet

Peterson on The Importance of a Schedule

‘I have had many clients whose anxiety was reduced to subclinical levels merely because they started to sleep on a predictable schedule and eat breakfast.’

‘Whatever you’re doing or not doing has a cost, and it’s really easy to forget about the cost of what you’re not doing.’

‘You must determine where you are going in your life, because you cannot get there unless you move in that direction.’

Peterson says mental and physical well-being depend on following a routine. Rules and routine are the best defense against chaos and pointless drifting.

Peterson’s first rule involves standing straight and tall, showing yourself and the world that you mean business.

Take Care of Number One

Peterson is not saying that you should not care about society, but you must treat yourself like you are someone worth helping.

Pursue what is meaningful, says Peterson, not what is expected.

‘So, attend carefully to your posture. Quit drooping and hunching around…Walk tall and gaze forthrightly ahead. Dare to be dangerous.’

‘Make friends with people who want the best for you.’

Peterson says going to bed early in order to catch up on sleep can have the opposite effect. He advises pushing bedtime back until you genuinely feel tired, but still get up at the same time in the morning.

Another technique Peterson recommends to combat insomnia is progressive muscle relaxation (PMR). This is a technique in which you focus on relaxing muscle groups to relieve stress and anxiety, as well as other conditions including insomnia.

Peterson says we must put in order the things we can, repair things that are in disorder, and take the good and make it better.

Peterson suggests working as hard as you can on at least one thing. You may be surprised by the results.

Limit Expectations of Others

While wanting the most is a normal desire, Peterson advises that everyone lower their expectations of others to what the person can actually deliver.

Rule 1: Stand up straight with your shoulders back.
Rule 2: Treat yourself like you would someone you are responsible for helping.
Rule 3: Make friends with people who want the best for you.
Rule 4: Compare yourself with who you were yesterday, not with who someone else is today.
Rule 5: Do not let your children do anything that makes you dislike them.
Rule 6: Set your house in perfect order before you criticize the world.
Rule 7: Pursue what is meaningful (not what is expedient).
Rule 8: Tell the truth – or, at least, don’t lie.
Rule 9: Assume that the person you are listening to might know something you don’t.
Rule 10: Be precise in your speech.
Rule 11: Do not bother children when they are skate-boarding.
Rule 12: Pet a cat when you encounter one on the street.

‘The purpose of life is finding the largest burden that you can bear and bearing it.’

‘If you fulfill your obligations every day, you don’t need to worry about the future.’ 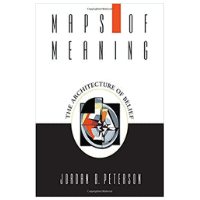 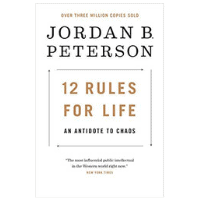 12 Rules for Life: An Antidote for Chaos