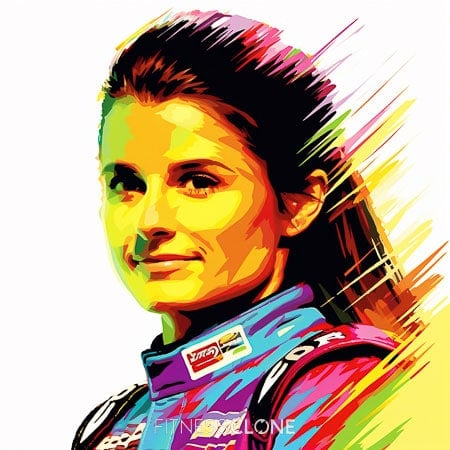 Danica Patrick grew up in Wisconsin. At age 10, she got into go-karting after driving a friend’s kart, and she also dabbled in snowmobiles, motocross and midget car racing. Patrick won 10 regional titles including the World Karting Association Grand National Championship 3 times. In 1996, she was accepted into the Lyn St. James Foundation Driver Development Program. To have more time for her career, Patrick dropped out of high school in her junior year and obtained a GED. She spent 3 years racing in the UK. Patrick was named Rookie of the Year in the 2005 Indianapolis 500 and the 2005 IndyCar Series. She was also the first female to win the Japan 300 in 2008. In 2010, Patrick stared racing stock cars in NASCAR. She was the first woman to win a Cup Series pole position when she set the fastest qualifying lap for the 2013 Daytona 500. Patrick set the record for most top-10 finishes in the Sprint Cup Series in 2015. The most successful woman in the history of American racing retired in 2018. Patrick was named on Bloomberg Businessweek’s most powerful people list in 2008 and 2010, as well as Time’s 100 Most Influential People in the World. She has appeared on magazine covers such as Sports Illustrated and ESPN, and in several ad campaigns, including AirTran, Chevrolet, Coca-Cola and Lyft. She has a line of athleisurewear and a brand of wine called Somnium. Patrick has over a million followers on social media. She is 5 feet tall and weighs about 105 lbs.

Patrick follows a Paleo-style diet — Coca-Cola excepted. She eats about every 3 hours and fills up on protein and greens, starting with a kale smoothie or chia seed pudding at breakfast. She frequently cooks for herself, and even makes her own staples like almond milk and ketchup. She isn’t all spinach and superfoods, however, and has a whole drawer in her fridge devoted to cheese.

Patrick prefers to make her own food. One of her go-tos is a hash made from lean ground meat, sweet potatoes, kale, onions and apples which she’ll eat for any meal of the day.

Patrick keeps several containers of spinach in her fridge at all times.

The Secret to a Scrumptious Smoothie

Patrick says to not use too much water or ice which helps keep the smoothie thick. She also adds a whole lemon (minus the peel and seeds).

To cut down on sugar, Patrick only puts a third of a banana or a quarter of an apple in her green smoothies. Besides spinach and kale, she also adds things like hemp seeds, maca, chia seeds, and coconut.

For Patrick, Coke is her cheat of choice. When she wants some-thing sweet but also wants to stay on track with her diet, she likes the Nature’s Bakery brand which makes non-GMO, dairy-free, soy-free baked goods with organic whole grains, fruits and veggies. Her advice is that, whatever you choose, make sure you truly enjoy it.

Patrick on Making Her Own Almond Milk

‘I like the taste of homemade almond milk better. It’s thicker and probably fattier, but it has a more full-bodied taste.’

‘My sister and I both agree that without fat, we die. Just make sure it’s the healthy kind!’

Patrick on How To Make a Tasty Green Smoothie

‘The colder the ingredients, the better.’

Patrick on her Diet

‘I worry about the scale like anyone else, but I have to make it through 5-hour races. It’s a constant battle for me.’

‘I tend to get more creative at night when I’m cooking.’

Patrick works out with her trainer Bob Alejo 4-5 days a week, and follows his advice when she works out on her own.

Patrick discovered yoga as part of her rehab, and swears by it. She says as well as improving strength and flexibility, it can in-spire you to accomplish more in your life.

Patrick digs CrossFit because of its intensity, and because you can do with with minimal equipment.

Patrick works out virtually every day. She runs for an hour, and does upper body exercises to strengthen her arms, shoulders and back so she can handle a car.

Patrick enjoys inventing workouts, and will do blocks of different kinds of exercises with compound moves that really get the heart pumping.

During the racing off-season, Patrick still works out with her train-er, but she might miss a day once in a while. She says that it’s okay to take a rest day when you need it.

‘Make exercise a regular part of your everyday life, not a big pro-duction you have to wedge into your schedule.’

‘I love making up workouts…I love the creativity about it.’

Home gyms are incredibly easy to set up…If you’re on a tight schedule, working out at home is often the best option.’

If you have a few basic items, you can done a ton of stuff with it. Start with a kettlebell, a jump rope, a box and a couple of weights.’

Patrick on Taking a Day Off

‘I skip a day here and there and don’t beat myself up for it.’ 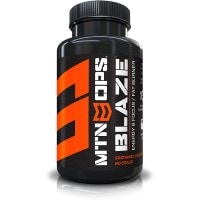 Another hydration product Patrick likes is electrolytes with BCAAs, and non-GMO collagen which help with post-workout recovery. 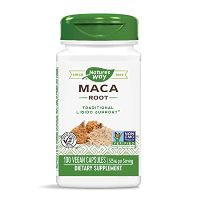 Another favorite of Patrick is chia. Full of plant protein and omega-3s which combat inflammation, chia seeds are considered a superfood that are good for your heart, digestion, and to regulate blood sugar.

Back in the early 2000s, Patrick met and married her physical the-rapist Paul Hospenthal while she was taking yoga to recover from a hip injury. It wasn’t destined to last, however, and they divorced 7 years later.

Patrick says NFLer Aaron Rodgers was the first guy she ever dated who made more money than she did. Although there had been discussion of wedding bells, the pair split in 2020.

Patrick was sad to go out on a fizzle rather than a bang when she crashed in lap 68 of the Indianapolis 500 in 2018.

Patrick was a cheerleader in high school, but kicked off the team for missing too many practices due to her racing schedule.

Patrick’s dad was her coach, mechanic, crew chief and contract negotiator while her mother acted as her assistant. Patrick says it got to be too much, so she fired them.

Patrick opted to get her GED in 11th grade, which she called her ‘good-enough diploma,’ to focus on her racing career.

Patrick turned down offers to appear on Dancing with the Stars, not because she can’t dance, but because she says her personali-ty isn’t bubbly enough, like fellow racer Helio Castroneves.

Patrick did IVF and froze her eggs in case she decides she wants to be a mom some day. She found the hormone therapy uncom-fortable and didn’t like that it led to weight gain, and she isn’t counting out other options for motherhood.

Patrick has appeared in over a dozen Super Bowl ads, many of them due to her partnership with GoDaddy.

Patrick co-wrote a self-help book entitled Pretty Intense about how to transform every aspect of your life to reach your highest potential. She also hosts a podcast with the same name.

Patrick on Her Final Race

‘It was definitely not a great ending.’

Patrick on Living Your Best Life

I believe that each and every one of us has the power within our-selves to create the life that we really want.’

Patrick on Getting Her GED

‘I loved not having to go to school anymore.’

Patrick on Moving to England to Race

‘I was moving an ocean away from my parents. That was exciting!’

Patrick on Firing Her Parents

‘We never had a single conversation that didn’t have to do with business.’

Patrick on nixing Dancing With the Stars

‘I don’t have the personality that Helio does; he won everyone’s heart. I would be a bit too serious for the show.’

Patrick on Freezing Her Eggs

‘I’m getting older and I drive race cars and I can’t, you know, do any of that stuff.’

Patrick on Her Goals

I want to inspire you to go conquer your dreams both professionally and personally.’ 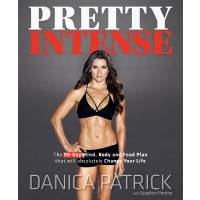 Pretty Intense: The 90-Day Mind, Body and Food Plan
GET IT HERE 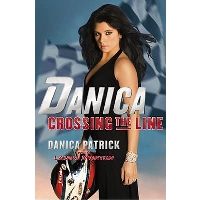 Danica: Crossing the Line
GET IT HERE 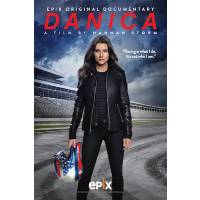 Danica documentary
GET IT HERE 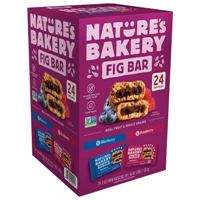 Nature’s Bakery
GET IT HERE 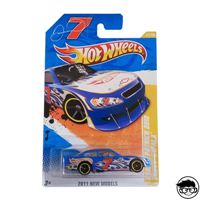 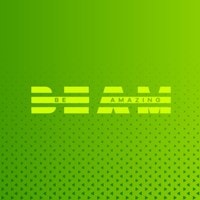 Beam supplements
GET IT HERE