Candice Swanepoel grew up on a cattle ranch in South Africa and shestudied ballet as a child. When she was 15, she was spotted by a model scout at a flea market. She has appeared on international magazine covers from the US to Brazil to Korea, and in runway shows, but she is perhaps best known as a Victoria’s Secret Angel. In 2010, she modeled for the Kardashian line of swimwear and in 2018, she launched her own line of swimsuits called Tropic of C. Swanepoel has made it onto Forbes’ list of Top-Earning Models every year since 2010 and has been voted Sexiest/Hottest/Most Beautiful by multiple magazines. She dated Brazilian model Hermann Nicoli for many years and had a child with him, but they have since broken up. Swanepoel has millions of followers on social media. She is 5 feet 9 inches tall and weighs about 119 lbs.

Swanepoel says she was always skinny so she has been able to get away with eating things most models wouldn’t touch, such as pizza and pasta. True to her farming roots, she loves red meat and dairy products. Still, she says she is naturally drawn to fresh foods and eats plenty of organic fruit and vegetables every day. She also drinks lots of water.

Although she doesn’t recommend caffeine, Swanepoel says she has to have her cup o’ joe and a shower in order to get going in the morning.

After her coffee, Swanepoel often fuels up with a smoothie made from coconut oil, flaxseed oil, protein, banana and nut butter. Her alternates are eggs or maybe a grilled cheese.

Swanepoel says she doesn’t exclude any particular food, but she almost always chooses fresh, organic produce rather than junk food.

Swanepoel says because of growing up on a farm, she craves beef and dairy.

Swanepoel doesn’t limit her food choices, and she says both sweet and salty foods. She loves ice cream and spaghetti with carbonara sauce.

Swanepoel on Rumors of Anorexia

‘I’m happy and healthy. I’m heartened to know how much everyone cares about me, but in this case everything is normal and good.’

‘I can’t really do anything until I’ve had a coffee or a shower. It resets me.’

Swanepoel on Her Diet

‘I’ve always loved nutrition because I’ve worked out for so many years and I’ve figured out what’s best for my body and keeping my energy up.’

So she can walk the runway confidently (and in very high heels), Swanepoel works with a personal trainer who focuses on balance and stability, concentrating on the core muscles.

Swanepoel also does yoga to stay flexible and to quiet her mind.

Swanepoel’s trainer makes sure she uses correct form and a full range of motion to get the most out of each exercise.

Variety Is The Spice

Swanepoel mixes together a bunch of different exercises for her routine, including yoga, Pilates, ballet, jumping rope and light boxing sequences. She mostly works out in the evening.

Swanepoel’s resistance training consists of a series of bodyweight exercises 3 times a week. She’ll often wear ankle weights as part of her routine.

Swanepoel always finishes her routines with a good stretch so that her body is relaxed and feels good rather than achy.

Exercise at least 3x/week doing a variety of exercises to hit all the muscles, big and small. Focus on the core (abs & glutes) for stability and perfecting your form. Be sure to stretch to keep your muscles long and to reduce post-workout soreness.

Swanepoel on Her Approach to Exercise

Swanepoel on Her Preferred Workout Routine

‘My favorite exercise is something that doesn’t feel like I’m exercising at all, such as swimming in the ocean or playing paddleball.’

Swanepoel on Her Figure

‘Getting a runway body isn’t easy.’

Swanepoel on Her Unique Yoga Workout

‘It’s calm. I can meditate through it and get some flow with some music. It’s a little ritual for me. I do it every time I feel overwhelmed and stressed. I try at least twice a week.’

Swanepoel says she gets all her nutrients from the food she eats, but for those who don’t always eat as carefully, a multivitamin is a good idea.

If you don’t tolerate or care for dairy products, a calcium supplement helps keep bones and teeth strong

Many people, particularly those who live in northern climates, can benefit from a supplement of vitamin D.

If you’re not a fan of meat, you might consider adding protein to your morning smoothie to help fill you up.

Swanepoel says her destress secrets are sleep and massages.

Swanepoel is active in the African charity called mothers2mothers which is dedicated to HIV prevention in mothers and children.

In 2013, Swanepoel was chosen to wear the most expensive item in the Victoria’s Secret fashion show: the ‘Royal Fantasy Bra’ which cost $10 million and is encrusted with 4,200 gems, including a 52-carat pear-shaped ruby.

Swanepoel’s nickname is ‘Flamingo’ because of her long legs.

Swanepoel on Her Career Aspirations as a Child

‘I was a ballet dancer growing up and that’s what I was convinced I would be. I was very skinny, braces, so I never though I’d be a model.’

‘You’re never too young to take care of your skin.’

Swanepoel on Being in Knowing Herself

‘I’ve always been in tune with my body. I started dancing when I was really young, and it just gives you a different sense of your body.’

Swanepoel on Walking the Runway

‘I don’t know what’s wrong with me. I get more nervous every year!’

Swanepoel on Life with Baby

‘The amount of time I have has changed. Now I have a lot less time to focus on myself.’ 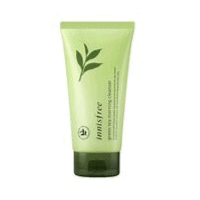 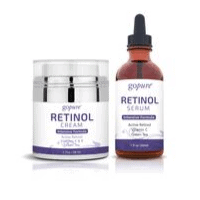 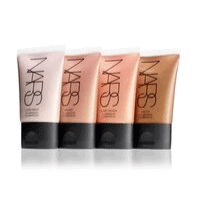 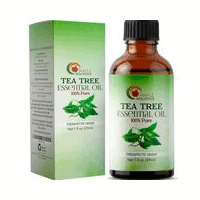 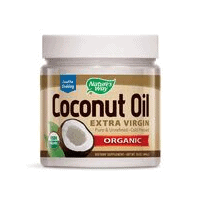 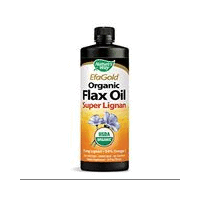 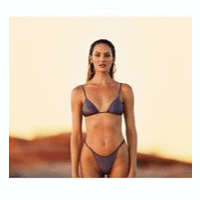 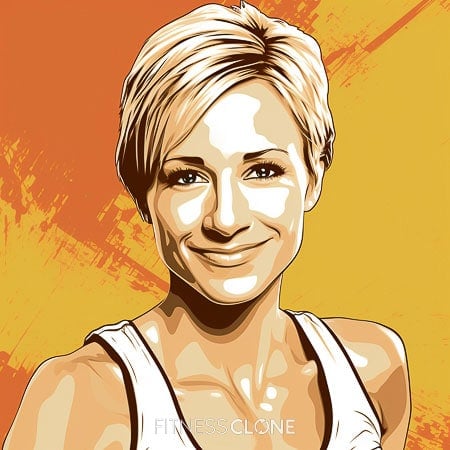 facebooktwitteryoutubeinstagramJamie EasonFitness ModelBorn: 1976Jamie Eason grew up in Texas. While at Texas A&M, she took a weight training class which led to her interest in fitness. In 2001, she was selected for the new Houston Texan cheerleading squad but was... 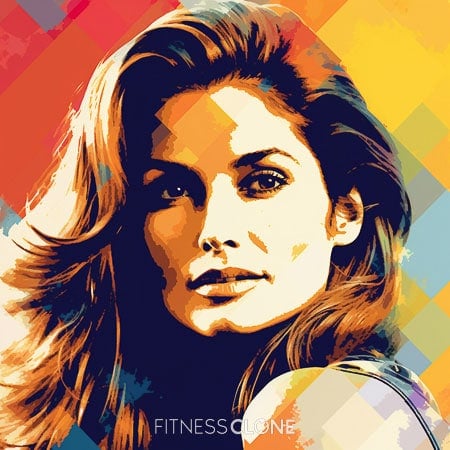 facebooktwitteryoutubeinstagramCindy CrawfordModel Born: 1966Born in Illinois, Cindy Crawford got started in modeling as a teenager when she was selected by a local clothing store to participate in a fashion shoot. This led to a decision to try it as a career and she... 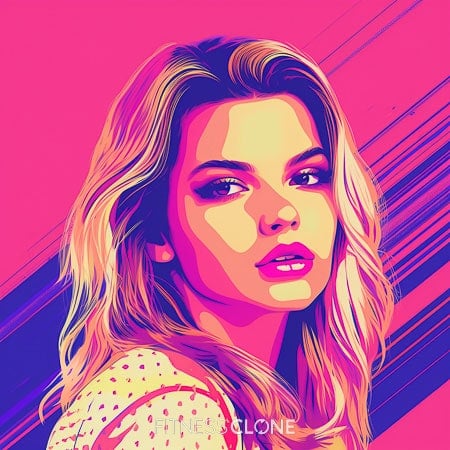 facebooktwitteryoutubeinstagramAlissa VioletYouTuber Born: 1996Alissa Violet-Marie Butler grew up in Ohio along with 2 brothers. She started out with social media in 2013 and became popular on Vine in 2015. After graduating from high school, Violet moved to Los... 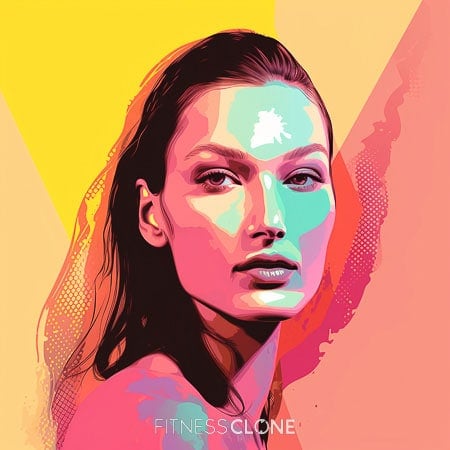 facebooktwitteryoutubeinstagramBella HadidModel Born: 1996Bella Hadid was born in Washington, DC and grew up in Los Angeles, California. She is the daughter of former model and Real Housewife of Beverly Hills star Yolanda Hadid, and sister to model Gigi Hadid. As a... 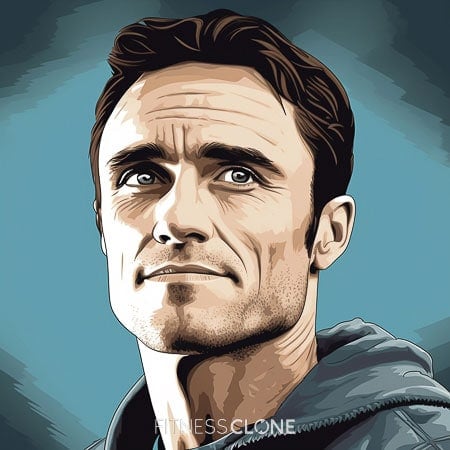 facebooktwitteryoutubeinstagramGreg PlittFitness Model Born: 1977Greg Plitt was from a suburb of Baltimore, Maryland. Always interested in fitness, Plitt’s father bought him a home gym when he was in 6th grade. He was also inspired by the changes he saw in his older... 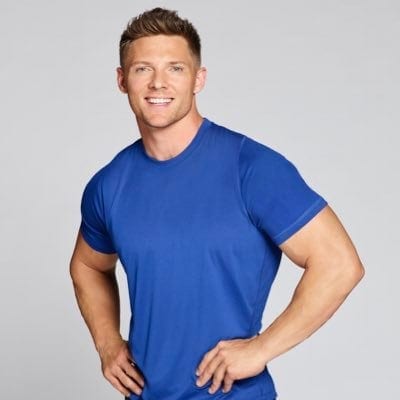 facebooktwitteryoutubeinstagramSteve CookFitness Model Born: 1984Steven Cook grew up in Boise, Idaho as one of seven kids. His father was an athletic director and eventually became Steve’s coach. Always active, Cook started playing football when he was 7 and lifting...